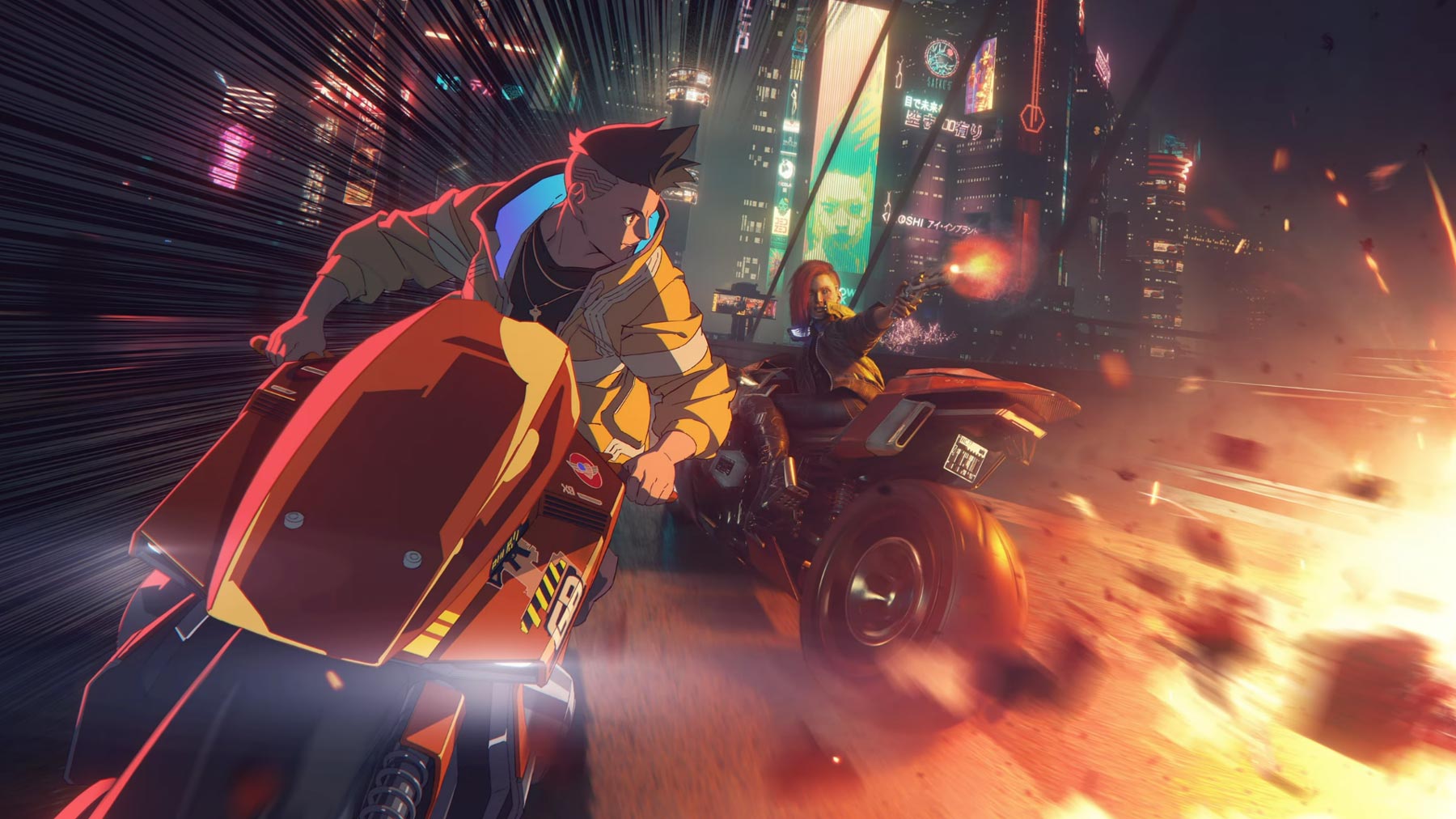 Cyberpunk 2077 had a rocky launch, and they’ve made a number of major updates to the game since it’s release almost 2 years ago. The Edgerunners update is another major update, and is also the last major update for previous-gen consoles.

This update (patch 1.6) includes the usual stuff they’ve added in prior patches: Cosmetics, weapons and more all from the anime, but this also includes tranmog for both your character, as well as your clothes (so you can make yourself look cool while still wearing good stuff, and also change other aspects of your character’s appearance at ripperdocs).

Check out the patch notes for 1.6 here.

Additionally, we get details on the first big expansion for Cyberpunk 2077: Phantom Liberty. This includes a new region with some interesting new (apparently political) storyline experiences coming in 2023.. And yes, Johnny Silverhand is there in.

Alongside the Edgerunners update for the Cyberpunk 2077 game comes an anime; it’s a stand-alone product, but it is part of the universe. You don’t have to experience one or the other to get the full experience, which is a good thing for those of us who don’t have Netflix (which is the platform the anime will be released on next week).

The storytelling for the anime appears to not have any singular set of main characters, and instead hops around with different ones for each episode.

You can watch the full Night City Wire update below.