How does Cyberpunk 2077 stack up for fans of stealth gaming? Let's find out. 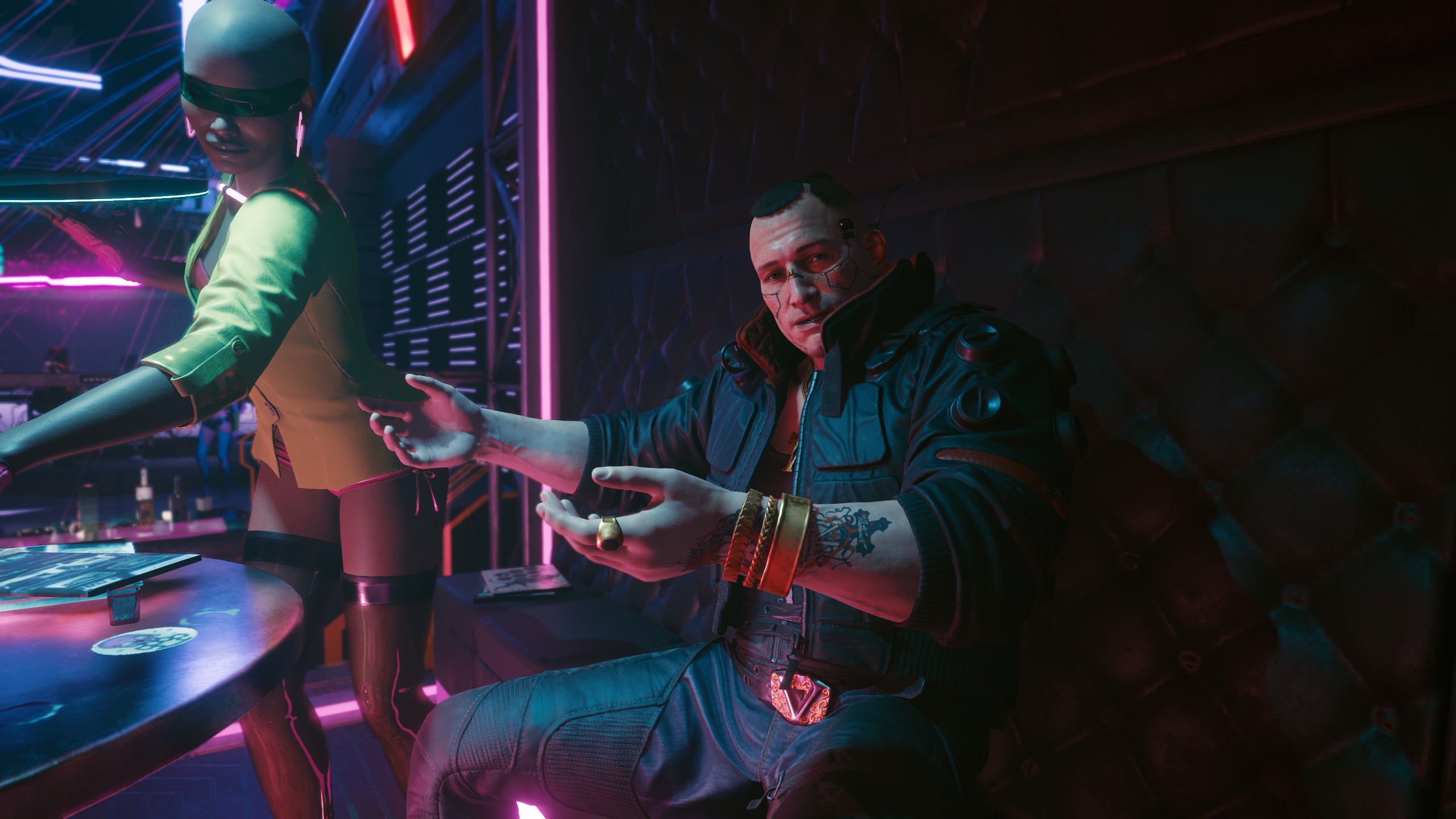 Cyberpunk 2077 is a game many have been anxiously awaiting. CD Project Red, the developer behind the Witcher Series, is considered among the top developers of RPGs.

Based on the Cyberpunk pen & paper game, you take on the role of V, a runner doing his or her best to make a name for themselves in the world of Night City.

If you’re familiar with games like Shadowrun (either the pen & paper, NES or modern PC releases), you’ll feel right at home here in the world of Cyberpunk 2077.

With that out of the way, let’s talk about what Cyberpunk 2077 has to offer fans of stealth gameplay.

The stealth of Cyberpunk 2077

Stealth in Cyberpunk 2077 isn’t a tacked-on feature; while you don’t have to be stealthy in Cyberpunk 2077, it’s a well-developed option. While you won’t be climbing buildings and leaping down on foes like in Assassin’s Creed, you have silencers for weapons, melee takedowns, and the ability to hack your way in from the shadows (which we’ll talk more about later).

I say you won’t be leaping down on your enemies in Cyberpunk 2077, but that’s not entirely true. There is one perk that allows you to do this, but.. It’s pretty much useless. Verticality does exist, but you’ll find more often than not that you’ll rarely be above enough enemies to make use of it.

Detection is your standard fare; the little eyeball fills up above an enemy’s head as you’re being observed, and once you’re fully observed, you need to take them down quick before they let everybody else know what is going on. Cameras and more add an extra layer; you’ve got to plan for them just as much as you do the enemies walking around the area.

Really, if you’re familiar with stealth mechanics at any core level, the stealth here will be an easy grasp. Unfortunately, there is no special abilities like active camouflage, or a light-detection system. You’re pretty much relegated to a traditional cover-based stealth mechanic. You can hack enemies optics and cameras, however.

Hacking is really where Cyberpunk 2077 shines. Rather than being a gimmick that gets you through some doors or gives you an alternate path to play, you can literally skip combat almost entirely thanks to the hacking mechanics here. By investing in this early on (and doing a lot of planning), you’ll be able to really enjoy hacking as your primary offensive skill. It does get a little OP at times once you’ve unlocked all of the quickhacks needed and their relevant perks, but that’s true for just about any offensive pursuit in the game should you choose to focus on it.

Hacking, in essence, is the “magic” of the Cyberpunk 2077 world, but one big difference here is it ties into stealth exceptionally well. You don’t have to unlock any special skills to be able to hack people from the shadows; you just do it. The two go hand-in hand perfectly.

Related to hacking, in a way, is the Brain Dance feature.. Which is cool as an investigative tool, but it is rarely used. Thankfully, you won’t be investing skill points into Brain Dancing.

The RPG mechanics of Cyberpunk 2077

Speaking of skill investment, there is a lot going on here with Cyberpunk 2077.

You’ve got your standard level system, which grants you attribute and perk points at each level. You’ve also got your street cred, which is a secondary level system that unlocks further tools down the road based on your progression through the story, side missions, gigs and more.

Attributes have multiple perk tabs to pursue, and you’ve got to unlock a base level in the attribute in order to unlock various perks.

Early on, you’ll feel fairly squishy, and will be relying on whatever weapon is best that you can find. Later down the road, though, you’ll start pursuing your favorite methods of play and will be able to properly own your enemies.

I will note that while you can’t totally ruin your character, you will want to pick a focus for your attributes early on. If you go completely generalist, you’ll find you aren’t strong at any one particular thing. That means earning less money, taking longer to kill foes, and just in general having a frustrating time.

Cyberpunk 2077 is a game of choices

While you not only need to decide what sort of skills you want to build up, you’ve also got to make some seriously heavy choices throughout the entire game. Side quests can be failed just by saying the wrong thing, and you’ll never be able to go back to them. The main mission changes dramatically depending on how you interact with people and the ways you choose to complete objectives.

About the only choice that really has minimal impact in this game is your starting backstory; I personally went with Street Kit initially, and later tried the game with Corpo. This will unlock some dialog options in the main story depending on your choice, and also affects the beginning mission that introduces you to the game, but beyond that, it really isn’t that important.

Choosing your quests is definitely a powerful experience, though.. and you’ve got a lot of choices. Thankfully, you won’t lose them if you don’t hit them immediately. If you’re like me, you felt absolutely compelled to stick to the main storyline, just because of all the pressure NPCs put on you. Eventually, I decided “No, I want to do something else for a bit”, and thankfully wasn’t punished for doing so.

If you find yourself getting drained by the intensity of the main story, go do some side quests or gigs. Trust me, you’ll feel a lot better by doing so.

Cyberpunk 2077 was delayed multiple times, but no matter what, it still suffered at launch. I’m lucky in that I went with the PC version; console players got stuck with something that should never have been released, especially previous gen consoles like the PS4.

On PC, I’ve got a modern CPU and an RTX 2060 with 32gb RAM and a nice SSD, and the game plays great. Sure, I encounter a number of bugs (including one that forced me to reload an earlier save), but overall they were minor, and recent patches have eliminated a few annoying ones.

The game definitely could’ve benefited from further delay to polish things up.

Do you love the Cyberpunk genre? Did Deus Ex tickle your fancy? Do you want to experience a rich, vibrant world with all sorts of characters and things to do? Yes, absolutely, you NEED to get Cyberpunk 2077.

If you’re stuck on console, however, you should most certainly wait for them to polish things up. This game plays so much better on PC.