Cyberpunk 2077: The best (and underrated) quickhacks

These are the best quickhacks in Cyberpunk 2077, along with some usage tips 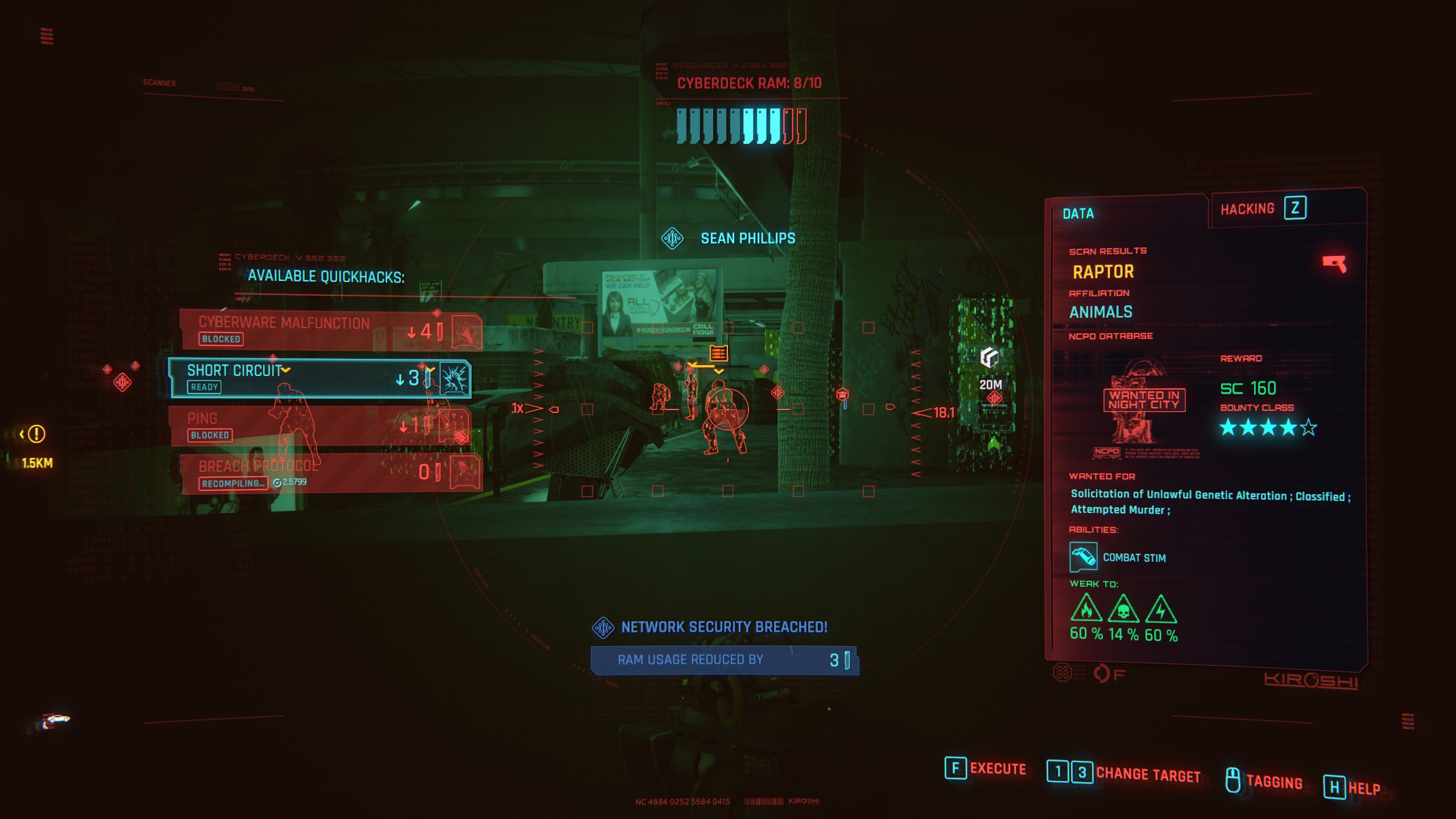 Hacking in Cyberpunk 2077 is, essentially, the equivalent of a magic system in any other RPG, with one big difference: You’ve got a lot of freedom here, and don’t have to rely on just one or two quickhacks to carry you through the game. This guide will walk you through a number of quickhacks, and how to best utilize them.

Let’s start with, quite possibly, one of the most powerful quickhacks available.

UPDATE: This has been nerfed to no longer spread at a near infinite rate, but is still useful.

Contagion is an insanely powerful quickhack, and continues to grow in power as you develop your character. Even for a relatively novice netrunner this quickhack can soften up your enemies easily without them even knowing where you are.

Where Contagion really shines is when you’ve unlocked enough perks to expand the radius it’s spread and the number of foes it can infect in one application (diffusion and plague, respectively), but to really see it’s power, you need to make sure you’ve got Critical Error unlocked, as well as a healthy crit chance (attainable through clothing mods and cyberware). With this, you can pretty much destroy large groups of enemies with minimal effort. By the time it has run the course, if you have anybody left, just fire it off one more time.

Short Circuit is a simple electrical damage quickhack, and can easily be your bread & butter for single foes and robotic enemies. Combined with Critical Error you’ll find yourself doing massive amounts of damage assuming you’ve got a good crit chance and crit damage modifier. Rare versions also apply EMP, and the Legendary version even makes this a passive bump to your regular weapons, too.

Overheat is a DOT quickhack that is great for handling bosses, netrunners and anybody who’s quick on their feet. While not useful against non-human enemies, the rare version helps you gain a bit of breathing room by preventing your squishy foes from taking action briefly. This is a great finisher for Contagion, too.

Ping: Know where your enemies are

This is the first non-offensive quickhack on the list, but definitely won’t be the last. This one is simple: It just reveals enemy positions. Fire it off before you start your attack and make sure you’re not about to get surprised.

Cyberpsychosis: Turn your enemies against eachother

This one is perfect for dealing with higher-difficulty groups of enemies. By letting them take it out on each other, you soften them up and stay safely away from harm during the process. You’ll never completely eliminate a group with this, but it’s just a nice way to start a fight without having to get in the middle of it.

There are some quickhacks here that have been repeatedly brushed aside by other guide producers, but honestly, these all have their place. While I could certainly talk further about some of the other great quickhacks, let’s talk more about the ones that get a bad rap.

Whistle gets hated on quite a bit, but if you’re someone who prefers to play slowly and stealthily, you absolutely will want this one. Why? Most enemies can be found in groups, and whistle allows you to draw people one by one to you, where you can easily subdue them through whatever means you deem necessary.

Memory Wipe: When stealth fails, this is your reset button

This simply makes your foes go back to their normal, relaxed state if things have hit the fan. The epic version of Memory Wipe even affects the entire squad, which is even more useful. If you’re playing a stealth playthrough in Cyberpunk 2077, this should definitely be on your list.

While there currently isn’t any cloaking cyberware in Cyberpunk 2077 (yet), we do have the next best thing; Reboot Optics will temporarily blind your enemies, and at higher rarities, will last longer and even spread to other foes. This is great if you want to sneak past an encounter without raising any alarm, or even just walk right up to someone and get an easy stealth kill. The only downside is that it’s cost can be a little prohibitive if you’re only doing supplemental hacking, so if you’re going with this one, be sure to have a powerful cyberdeck and plenty of RAM.

Most importantly: The best quickhacks are the ones that fit your playstyle

Cyberpunk 2077 offers a lot of gameplay, and the hacking system is no slouch here. If you’re in a slump, try some different combinations of quickhacks and see if you can find something that works with YOUR playstyle.