Live your dream as the best hacker in Night City with this Cyberpunk 2077 stealth hacker build! 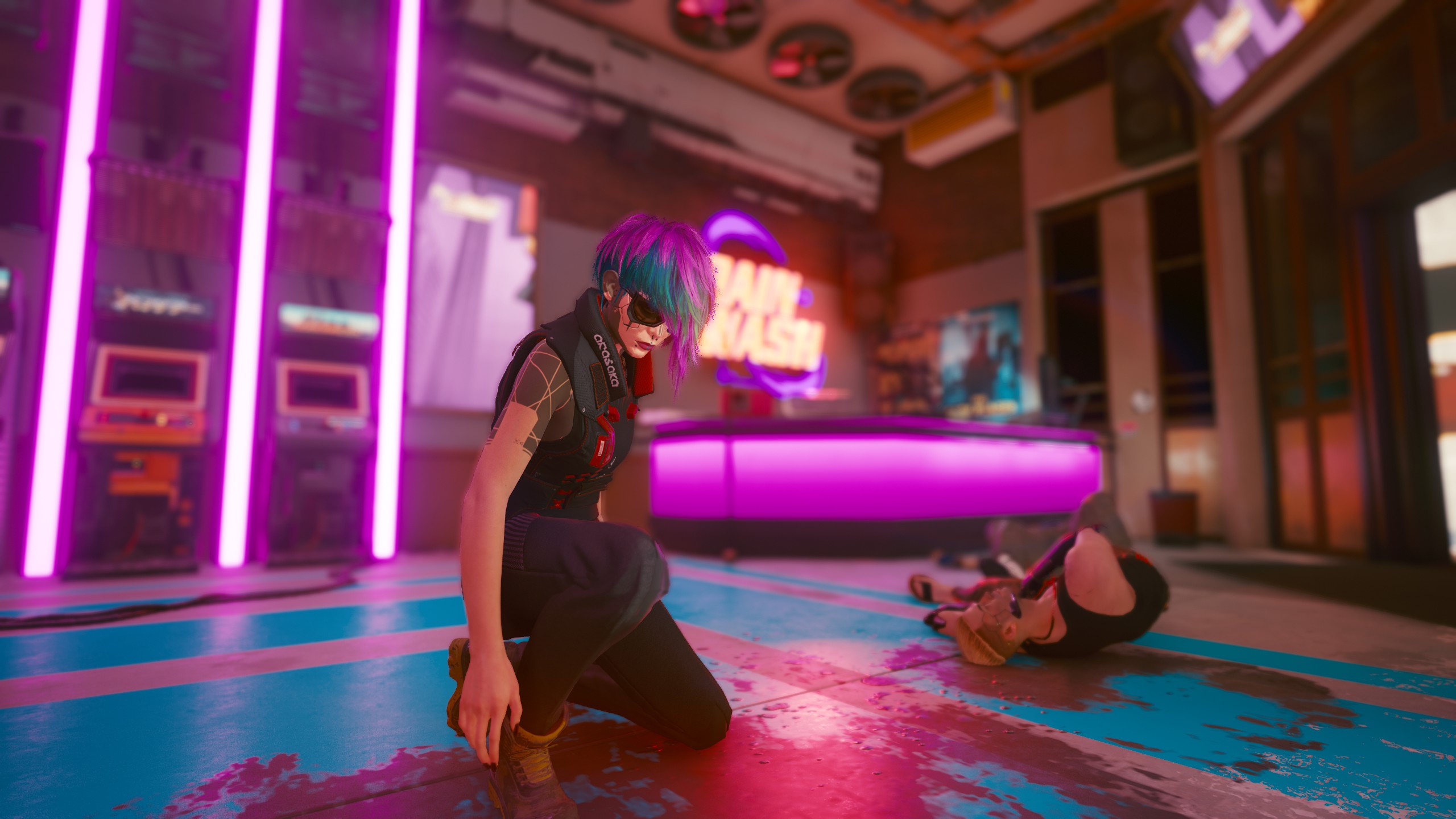 UPDATED 2/22: Contagion has been nerfed in the recent patch, but this build is still quite viable.

Hacking in Cyberpunk 2077 is one of the most powerful abilities available to you. Once you hit around level 20-25, you’ll be able to handle even the deadliest of foes with a little patience and a good hiding spot. My character is currently just level 29, and can pretty much breeze through every single encounter.

4 body, 4 reflexes, 6 intelligence, 3 tech, 5 cool are how you’ll want to lay out your starting attributes. You’ll be focusing primarily on Intelligence; you’ll want to max that as soon as possible. I’d suggest your point distribution as you level be 3 intel and 1 cool until intel is maxed. Once you’ve maxed intelligence, start focusing on cool, but mix in some tech, too (I recommend 7, but 12 is good too). You’ll want tech for doors and a little extra crafting. You can also put points into reflexes; this will help with your crits, which will help immensely with this build.

Crafting (Technical): Mechanic, Workshop – can also invest in other crafting perks here if you’ve got points to spend, so you can build out your armor.

The best cyberdecks for the ultimate stealth hacker build

Your cyberdeck is going to be absolutely critical here. You should save up for the Raven Microcyber Mk. 4 as your first upgrade; make sure you’ve got enough street cred for it, but this is easy to attain. This cyberdeck boosts your quickhack spread distance, which will make Contagion all the more powerful (more on that later).

That cyberdeck will last you a good long while, but there are 2 others that I would recommend later in the game. Once your SC is up to 29, get the Tetratronic Rippler Mk. 4. While you’ll lose the spread bonus for Contagion, this will help you make exceptional use of Ultimate quickhacks.

Later on if you feel like embracing more versatility, the NetWatch Netdiver Mk. 5 is a good all-rounder. You’ll lose the ability for Ultimate quickhacks to spread, but if you would rather focus on non-ultimates, you can’t go wrong here. You’ll need 49 SC for it.


The best quickhacks for the ultimate stealth hacker build

Once you get your Raven Microcyber Mk. 4, get Contagion (UPDATE: Patch 1.5 nerfs this one, but it’s still not bad to have). This quickhack will spread around wrecking standard foes, especially once you’ve grabbed the perks that allow for increased spread, additional jumps, and criticals in Quickhacks (plus the cyberware and clothing mods that boost criticals). Most will die immediately.

You’ll also want to carry Short Circuit and Overheat initially to help you mop up, but later on you can drop Overheat.

If you want to make use of ultimate quickhacks, Suicide, System Reset and Cyberpyschosis are all great here. With the cooldowns and reductions with the Tetratronic Rippler Mk. 4 + your relevant perks, you’ll use this to handle the hardest foes. The strategy here is to make sure that when you trigger Suicide or System Reset, you make sure 2 people are close to each other so it can jump. You can also use Cyberpsychosis to lure people closer together; pop it on someone melee-focused, and then you can pop Suicide or System Reset on anybody in the group.

Prioritize crits above all else once you’ve got the Critical Error perk; any clothing mod that adds critical chance/damage is going to be your friend.

For weapons, a smart SMG/rifle/pistol is great as a backup, especially if it also boosts criticals. I occasionally decide to go in guns-blazing, and with my smart rifle that has large boosts to crits, I can destroy anybody within one or two seconds (even bosses have a hard time standing up to it).

Initially, I recommend keeping a silenced revolver around. The up-front damage is highest with revolvers, and combine that with headshot, stealth and crit bonuses means most enemies go down with one headshot early on until your hacking abilities improve.

With cyberware, grab anything in your head that’ll boost crits and RAM. Once you’ve got that, reinforced tendons is great to reach those high-up places. Everything else is up to you!

Make good use of cameras. You can clear entire bases without ever setting foot inside them, especially if you don’t have the legendary ping yet.

Thanks to your high crit chance, you’ll frequently do massive amounts of damage.. Especially while stealthed. When dealing with bosses, you’ll be doing a mix of quickhacks plus your smart weapon (which will also benefit greatly from all the crits). Just hammer away at them with abandon.

If you’re finding yourself low on cash, be sure to scavenge and hit every single data port you can for datamining. Many mission/gig locations will have multiple data ports available, which can net you a few extra grand in eddies with little effort.