So long, and thanks for all the sniper rifles? 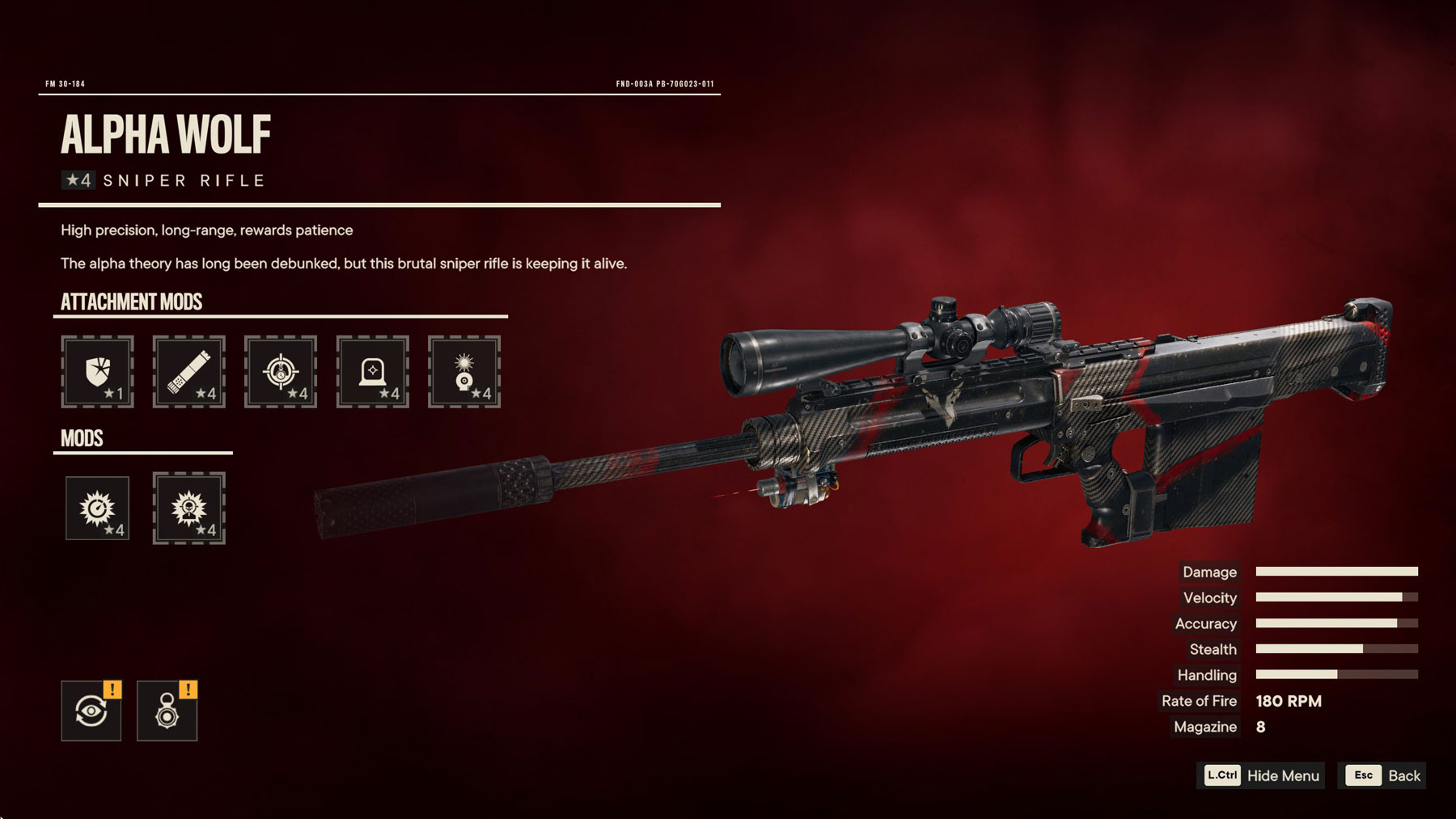 This Monday will be the last Far Cry 6 Black Market Update for the time being from me; given Far Cry 6 has little end-game longevity (especially considering all the paid DLC doesn’t let you use your existing gear) and not enough character progression to justify a “New Game+” mode, I’m going to spend the next couple of weeks working on other guide content (for Far Cry 6 and Assassin’s Creed Valhalla) before Dying Light 2 comes out.

It figures, of course, that the pickings are slim. We’ve still got the Eastern Front and the Libertad Custom Skorpion, too.

Yet another sniper rifle, in a game where sniping is.. Eh. This one isn’t bad, with a solid rate of fire and maximum damage output, on top of having a canted red dot sight. Grab it if you’re bored, or don’t have any of the other black market sniper rifles.

The Libertad Custom 1911 is pretty much a wash; the standard Desert Eagle does more damage (although the firing rate is lower for the DE), and is overshadows by plenty of other weapons (amusingly enough, even though it has an overclock mod, it isn’t listed with the overclocked pistols).

That’s it! Don’t forget to check previous Black Market updates to see if there is anything else worthwhile when everything comes around.