The best stealth charms in Ghost of Tsushima 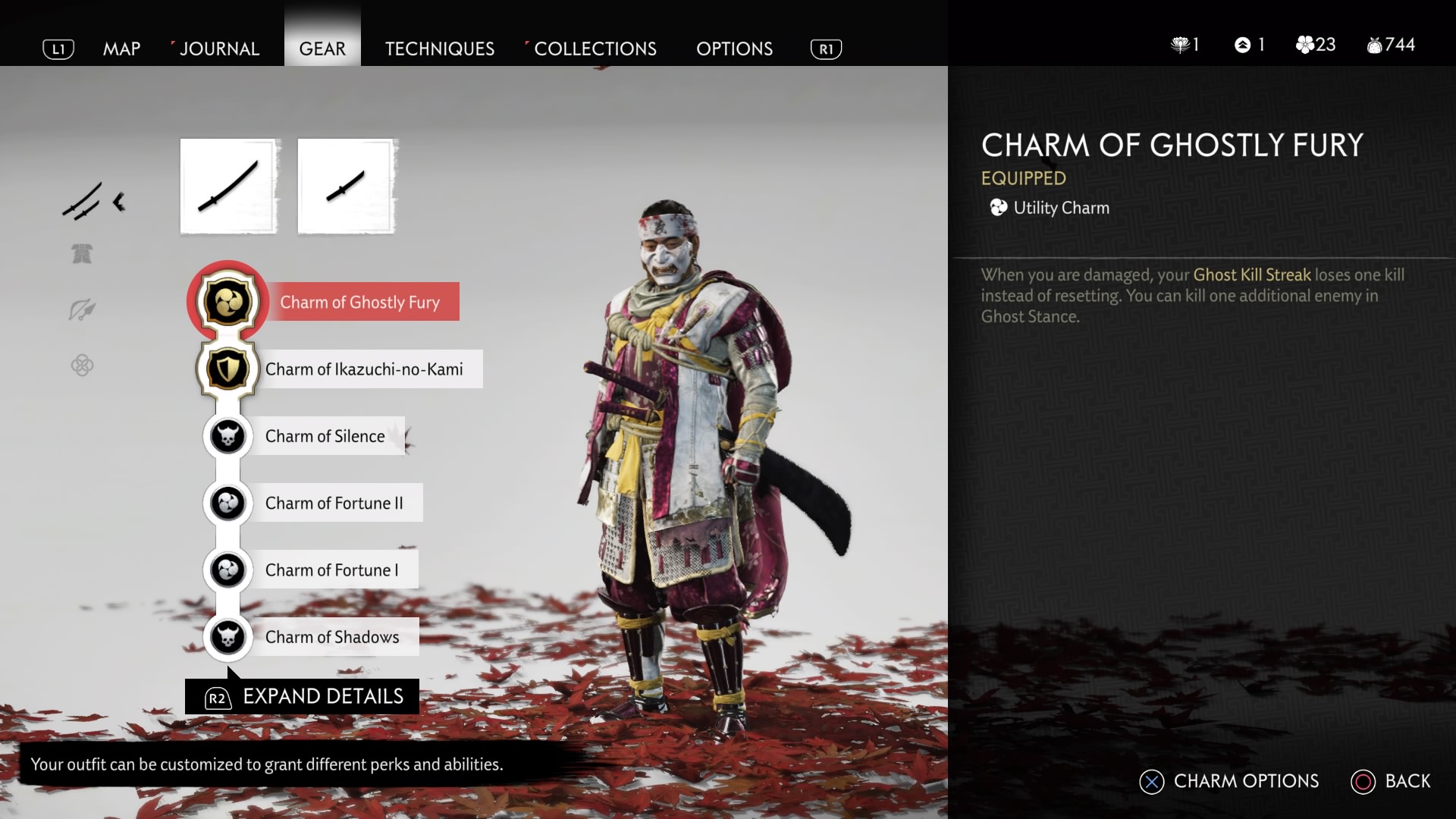 (Updated 8/22/2021) Ghost of Tsushima’s charm system is beautiful in it’s simplicity; You’re allowed 2 major charms and 4 minor ones once you’ve fully unlocked all the slots for them. Synergizing them with your armor, ghost tools and preferred weapon can turn you from an average assassin to a supreme dealer of death. Let’s outline the best stealth (and stealth-beneficial) charms in Ghost of Tsushima. If you need help finding them, check out the Ghost of Tsushima Fandom Wiki.

The best major charms for stealth

The best minor charms for stealth

Looking for the best archer-related charms? We’ll cover that next week!