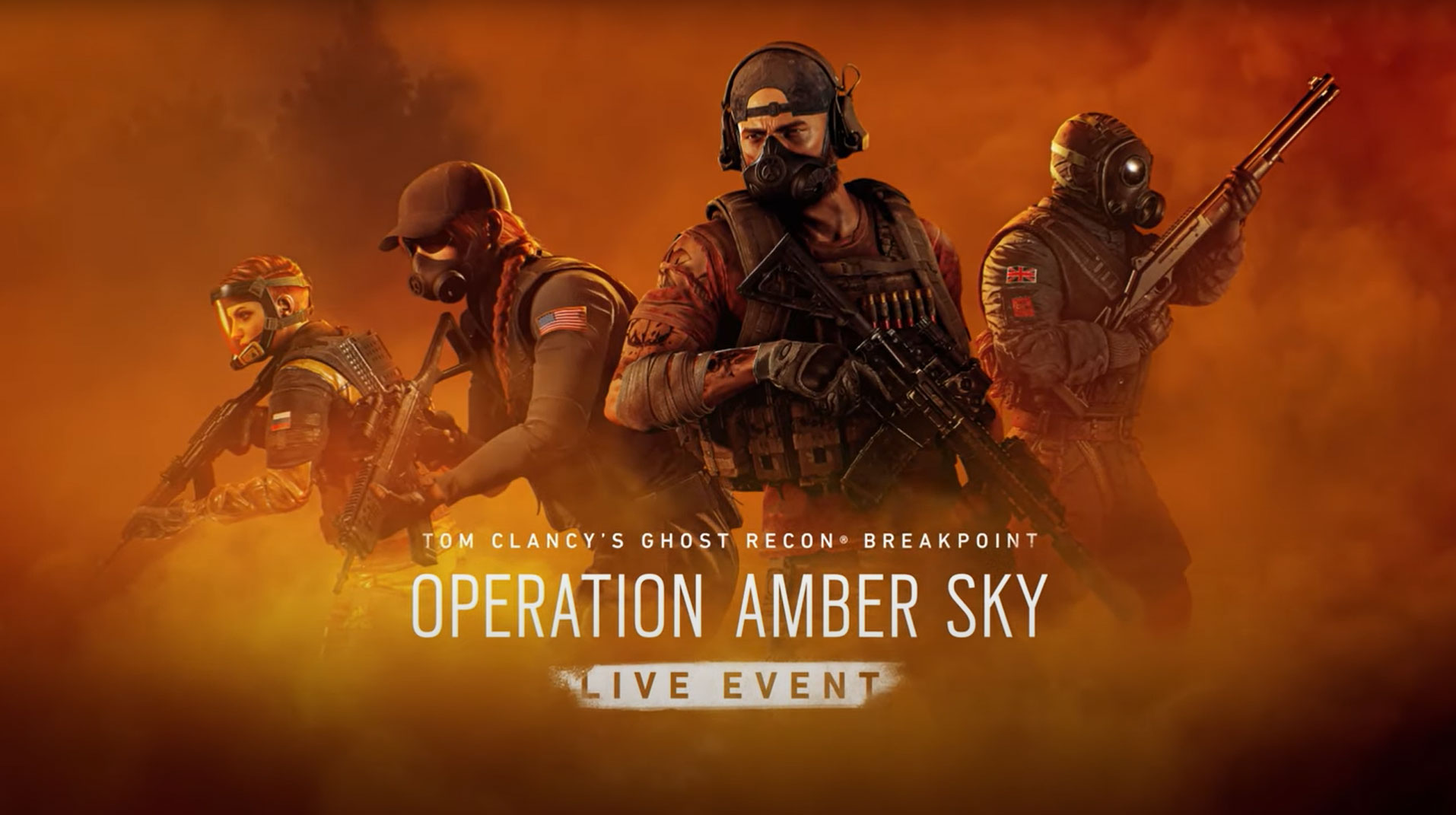 After an accidental leak of the teaser video, Ubisoft has officially announced the next event for Ghost Recon Breakpoint, titled “Amber Sky”.

Basically, we’re looking at yet another tie-in with an Ubisoft property. This time, unsurprising, we’re seeing another tie in with Rainbow Six Siege, which Wildlands also did previously. The Rainbow Six universe has gone a bit south in my opinion, but hey, at least it’s a new update.

We’ll be able to don PPE (and have it be actually useful) come January 21st. Ubisoft has some details about what’s coming here. Ultimately, though, there are 2 big takeaways:

One, masks of some sort are going to need to be worn in some (if not all) of the missions tied to this event. How that will work with Breakpoint’s Ghost Experience settings (which makes clothing purely cosmetic) isn’t currently known, but hopefully it won’t require re-enabling the gear score system.

Next, we’re getting a new underbarrel attachment that’ll be of limited use for my fellow stealth fanatics, but has been requested quite frequently: An underbarrel shotgun. This has been in-game for a bit on NPCs, but PCs could never equip it.

Overall, we’ll have to wait and see, but given the reference to “breach and clear”, I think we can expect stealth to take a back-seat for at least some of the missions here, much like other events that have played out in the past (such as the Splinter Cell missions, which culminated in a ridiculous boss fight, ironically enough).

Finally, if you or your friends haven’t played Breakpoint yet, this update also coincides with a free weekend running Jan. 21st through the 25th.

UPDATE: Looks like we’ve got some additional details on what the update includes.

First off, we’re getting some new weapons pulled from the Rainbow Six Siege universe. I’ve noted what these actually are, as this isn’t readily in the Ubisoft blog post linked above.

So, for stealth & sniper fans, we’ve got 2 new weapons to play with (SMG for the Panther class given SMGs and pistols can use suppressors without a damage reduction when playing Panther, and the OTS-03 DMR).

A number of weapons are also receiving gunsmith updates, too, but one big change is in the bugfixes: Bipods will start boosting range, which means if you’ve got your range chart already crafted for your favorite rifle, make sure you don’t have the bipod equipped! This also potentially opens up other optics & rifles for use with the reticle as a BDC (bullet drop compensator), so keep that in mind!

Finally, we have an idea on the missions. Looks like we’re just getting 9 missions total as part of the event, in 3 types.. Breach, spy, and steal.

Breach is much like I noted above; you’re not going to be doing those stealthily. The spy & steal missions, however, should presumably embrace stealth.