Developers: Let us fail at stealth!

In numerous games, when stealth fails, it’s game over. Give us options, instead! 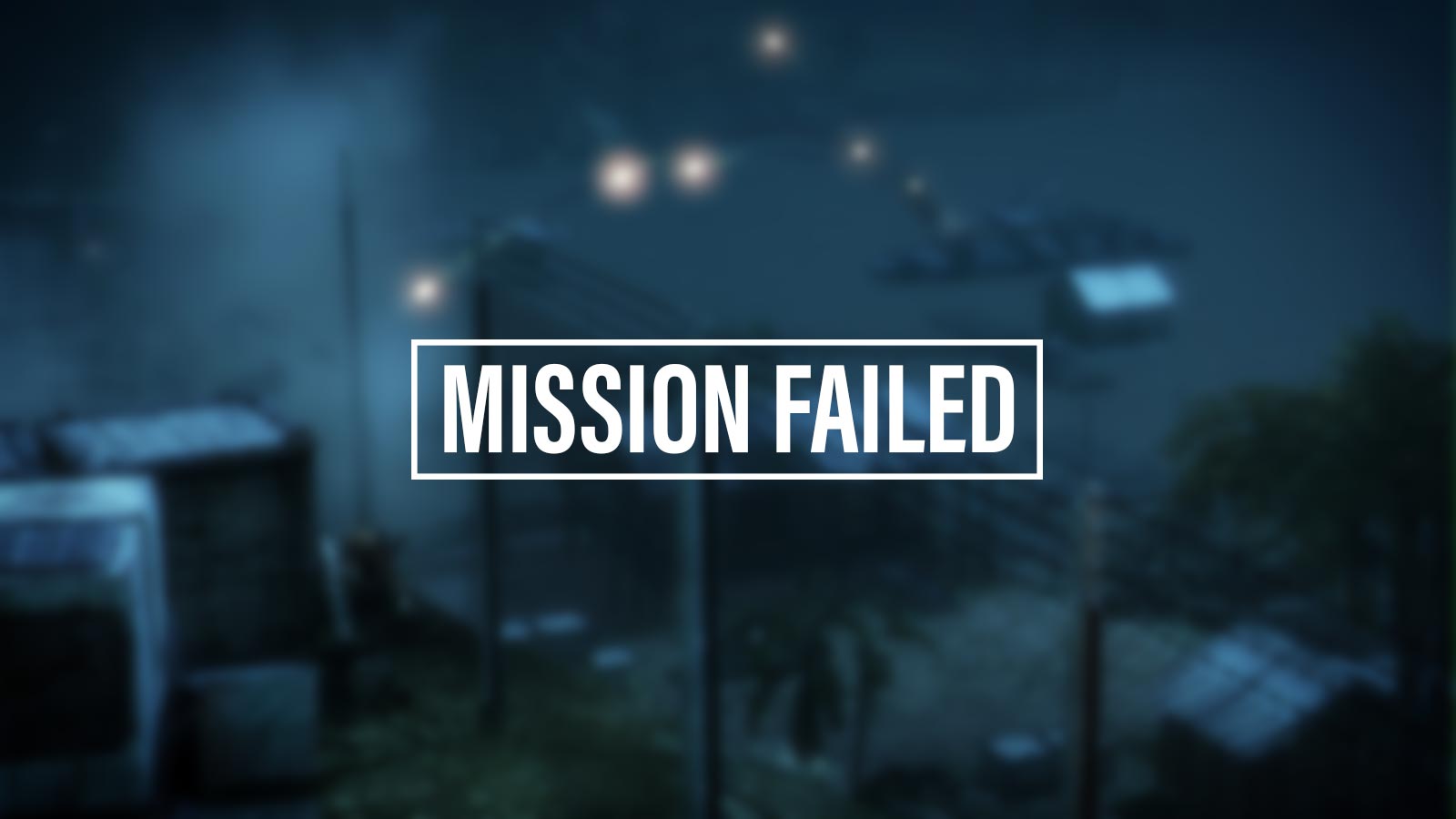 It’s been this way for years since stealth mechanics made their way into video games. You’ve got to infiltrate a base, steal a bauble, plant a listening device, or follow someone to a secret location, and if you fail, it’s an automatic game over. Mission failed. You’re dead.

Does it have to be, though?

Even in modern AAA games, there is little consideration for time spent on alternatives to “stealth only” missions. While this may seem to be an ironic discussion to have on a website dedicated to stealth gameplay, it is a plain and simple fact.. Stealth occasionally fails, and sometimes, it’s not even the player’s fault.

Controls get bugged. A sudden drop in framerate happens. Vehicles explode nearby for no apparent reason (I’m looking at you, Ghost Recon Breakpoint). Even in games where you’re given a choice of pursuing an optional stealth mission, if you fail, you’ve failed, and the world resets because, for whatever reason, the game just can’t possibly handle you failing at stealth.

There are so many opportunities for personal storytelling when stealth is broken in a critical mission. Let the objective change. Rather than following a target to a secret meeting and failing when discovered, let us pursue the target hot and capture them for interrogation, or even provide a completely alternate method for finding the secret meeting. If we get caught trying to plant a listening device, why are we not disguised as someone else, and let us attempt to deflect from our original goal while finding another way to get a listening device planted?

Sure, the extra logic creates additional headaches for developers and story writers, but we’ve already come so far in gaming now. Open world games are hugely detailed with a variety of choices already; what is a few more?

As a physically handicapped gamer, I fail a lot. Even in games I’m considered an expert in, I still occasionally break stealth (sometimes through no fault of my own – once again, I’m looking at you, Ghost Recon Breakpoint).

Should I not play the games I love? Should I just “git gud”, as the kids say?

No. By providing gamers with the option to fail and pursue a different path, you’re opening things up to more gamers, as well as giving us further replay value by being able to complete an objective in a different way. Sure, you can make the claim that failure teaches you to try harder, but in some cases trying harder isn’t as interesting, and we’re talking about games here, not life lessons.

Let it be OK for us to fail. Let us learn from it, and revel in the suspense and storytelling of that failure.

Speaking of failures, what was your most annoying stealth-only experience?

The edited photo in the header is taken from Battlefield Bad Company 2, which had one of the most obnoxious on-the-rails stealth requirements I’d ever played.