(UPDATED 11/14/21) Where to range your rifle and how to plan for bullet drop, as well as attachment choices for snipers 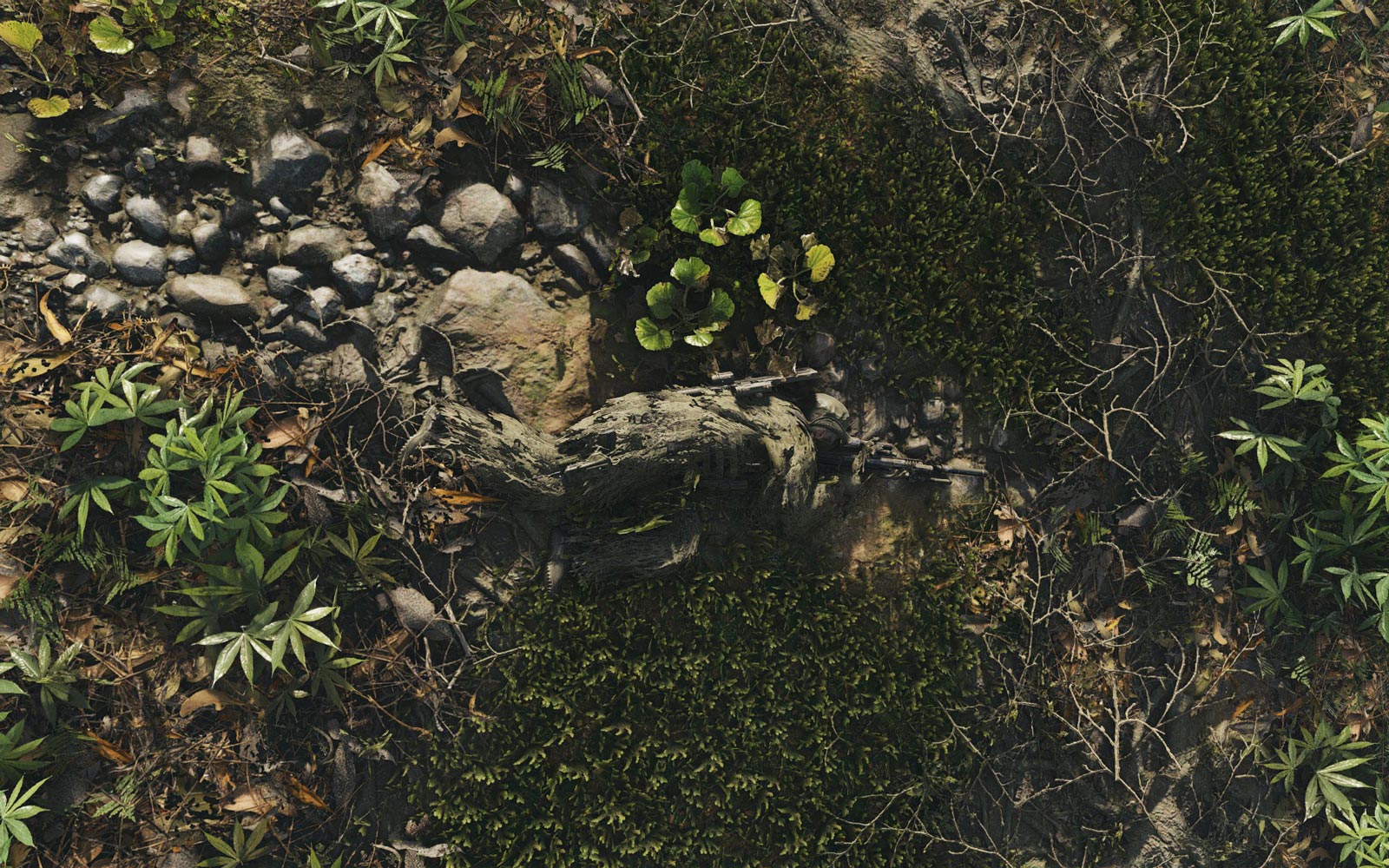 First off, and probably most importantly, you will not be shooting at soft targets past around 550-600m without someone else holding the target for you. This is due to limitations in Ghost Recon Breakpoint’s rendering engine, and is similar to how Wildlands handled enemy rendering.

You will, however, be able to hit fixed targets at longer ranges (800m+). Objects like turrets, mortars and power generators are fair game at longer ranges, giving you a somewhat plausible sniper experience.

Things like wind and elevation don’t actually play a factor in your bullet drop. There is one perk that will impact your ranging in Ghost Recon Breakpoint: Ballistic Advantage. Depending on your rifle and choice of optics, you may actually opt to NOT take this in order to be able to make full use of your reticle for long range shots.

Also, weapon stats lie (except for range in most cases); damage is NOT accurate in this, and Part 2 of this guide will cover rifle damage extensively.

Finally, it is interesting to note that a meter in Ghost Recon Breakpoint is closer to a foot in length, rather than an actual meter, when compared to real-life measurements. This isn’t important, necessarily, but is a useful fact if you’re actually used to shooting in the real world.

With that said, let’s get down to the first part: How to range your rifle.

How to range your rifle in Ghost Recon Breakpoint

If you want to be able to test out your ability to shoot precisely and estimate bullet drop against your reticle, there really is just one place to do it.. Dead Horse Swamp.

This location offers a nice elevated area facing a building that makes the perfect target, is close to a bivouac, and even offers some enemies nearby to test out your ranging in a practical setting. The tree I’m next to below is near the 500m mark from our target building, which is usually where I start my ranging at, moving up in 50m increments to get a good picture of my bullet drop.

The building itself offers a nice “head-sized” metal rail across the top to provide a good visual indicator if you’re dialed in on your shot thanks to the sparks that fly when hit.

Here’s how you range your rifle: Starting out at the tree above, get prone, and send out your drone. Have your drone mark that top rail so you have a range indicator as well as a target to aim for. Once that’s done, aim for your marker, and fire. You’ll then need to take your drone out to inspect the drop so you know how much to compensate. Once you’ve got an idea of the amount you need to compensate for, start testing it by adjusting upward and firing until you hit the rail consistently. Got it noted? Good! Make a mark on a piece of paper you have handy, and keep that around.

Once you’ve got it at 500m, feel free to increase/decrease your distance as needed and repeat the process to get an idea of where the bullet will fall. I suggest you shift to the left or right on your aim so you’re not getting confused regarding previous hits on the wall.

What scope & attachments should I use on my sniper rifle in Ghost Recon Breakpoint?

Attachments are a highly subjective choice, but there are a few that you’ll want to have handy. First, let’s talk about scopes.

If your goal is long range shooting, there are 4 optics that are worth exploring depending on your needs.

The one you’ll be most familiar with, and the first one you’ll get with any sniper rifle, is the T5XI optic. This scope has a 6x fixed zoom and wide spacing between the marks on the reticle. If you’re utilizing Ballistic Advantage (a perk that increases your range stat significantly), the markers on the reticle are basically useless, as you’ll almost always be between the center and the next marker down. UPDATE: The T5XI can be used with the MSR effectively as a BDC by not equipping Ballistic Advantage, and adding a Range Finder to the rail.

The next choice was a recent addition as of writing this: The VC16 optic is a variable zoom (1x and 6x, no gradations in between) optic that has essentially unseated the T5XI thanks to its 6x capability, more useful markers and variable zoom (which is ideal for single-rifle loadouts). It should be noted that the numbers on the markers are purely decorative in Breakpoint; you’ll still need to range your rifle to get an idea of where the bullet will land on your optics. UPDATE: After extensive testing, you can use the optic’s markers relatively well up to 600m with the Scorpio Scout (with Ballistic Advantage and no range boosting attachments), the MK14 (with rangefinder & ballistic advantage), and the G28 (with rangefinder, but no range boosting attachments). You can also use the VC16 with the M110 (with rangefinder, standard barrel and no ballistic advantage) effectively up to 500m.

A third unique choice is the TARS101 optic. While initially dismissed due to its limited 5x magnification, it actually serves exceptionally well with 2 rifles depending on your configuration; the G28, and the Recon A1. Depending on your attachments and whether you’re using Ballistic Advantage or not, your shots will actually line up at the marks on the reticle for both of these rifles. UPDATE: The MK17 Scout works well with the TARS101 too when not using Ballistic Advantage and no range-boosting attachments.

Finally, the Dual Range Scope is a nice alternative to the VC16 in that it switches between a 5x zoom and a red-dot optic sitting atop the scope. This is great to pair with a DMR such as the G28 or MK14, as it provides increased visibility when utilizing the red dot.

The best attachments in Ghost Recon Breakpoint for snipers

When it comes to attachments, there are a few that are important to test with in order to determine your preferred loadout.

Next, for under-rail attachments, you may think the bipod is the most useful due to it’s boost in range; actually, despite repeated testing and being reported by numerous users, the bipod does NOT boost your effective range. Still, the other stat bonuses are somewhat useful, so unless you’re using a DMR as a battle rifle, grab the bipod. Otherwise, make use of a foregrip.

Finally, there is no practical reason to not use an extended magazine when available, and always carry your suppressor. There are just too many enemies roaming the map, and a suppressor is almost always critical in ensuring you stay hidden. Any other muzzle attachment provides little to no benefit in most cases.

Anxious for part 2? You’ll have to wait until next week, but until then, don’t forget to check out my top 3 sniper rifles in Ghost Recon Breakpoint.