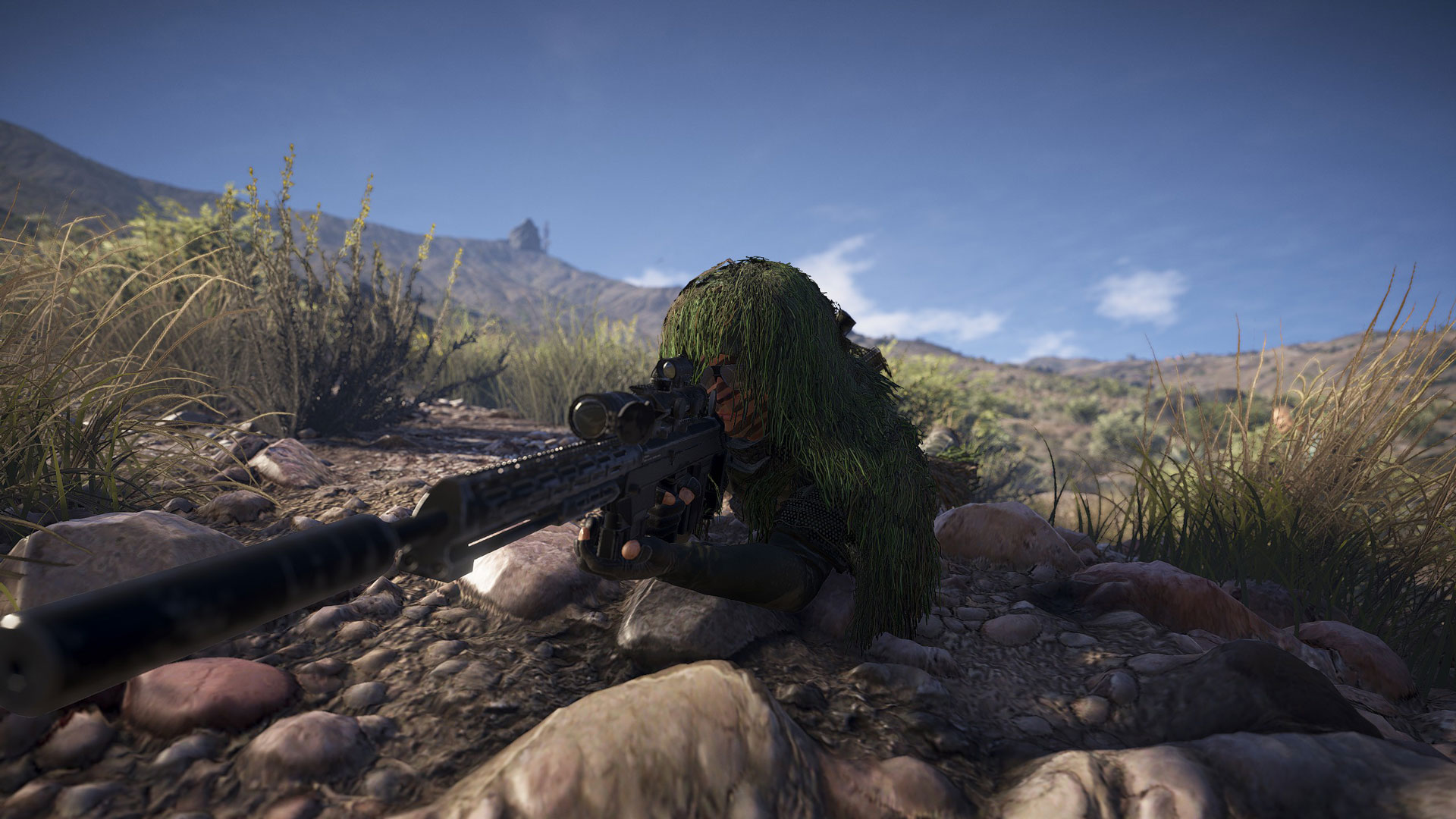 Sniping in Ghost Recon Wildlands is an extremely valid strategy, but sniping at longer ranges can be a challenge. In the real world you’d calculate your “dope” – Data On Previous Long-range Engagements – to be able to compensate for where the bullet will land by adjusting the turrets on the scope. Since you can’t do that in Wildlands, you need to determine where the bullet will land based on the markings on your reticle.

This guide will give you 2 solid choices to make determining bullet drop in Wildlands a much simpler affair depending on you preferred playstyle. Let’s get into the rifles and scopes, shall we?

The SR-1 in Wildlands is a solid rifle that tends to get overlooked for others, especially in the late game, but it’s actually a great rifle when combined with the G28 scope and a long barrel.

As you can see in the SR-1 bullet drop chart below, when combined with the G28 the SR-1 becomes an effective sniper rifle that allows you to use the G28 reticle as a bullet drop compensator.

While it doesn’t line up exactly with the chart, it’s close enough to be practical. Even more beneficial is the raw damage output of the SR-1: It takes just 3 shots to destroy a player-summoned armored vehicle with your skills maxed, which is impressive.

The next rifle choice is for those of you who prefer a higher rate of fire and versatility.

The MK14, like the SR-1, works amazingly well with the G28 reticle. In this case, you’ll want both the long barrel AND range finder for this one.

The results aren’t too dissimilar from the SR-1, but there is a little more variation here as noted below.

The MK14 is an easy get early on in the game, and is particularly well-suited to single-rifle playthroughs thanks to it’s 3 round burst versatility. It’s damage is on the lower-end of the spectrum, however, taking 17 shots to destroy a player-summoned armored vehicle.

That’s it for now! While there are a lot of other rifles and scopes in the game, options are going to be fairly limited if you want to engage at longer-ranges and have a bullet drop pattern that is easy to memorize and compensate for no matter the engagement range.

Most scopes in Ghost Recon Wildlands have a reticle that has either an inconsistent variation between markings, or are just hard to read in general due to the thick, blurry lines used to render them. Still, I will update this should I find other combinations worth using.