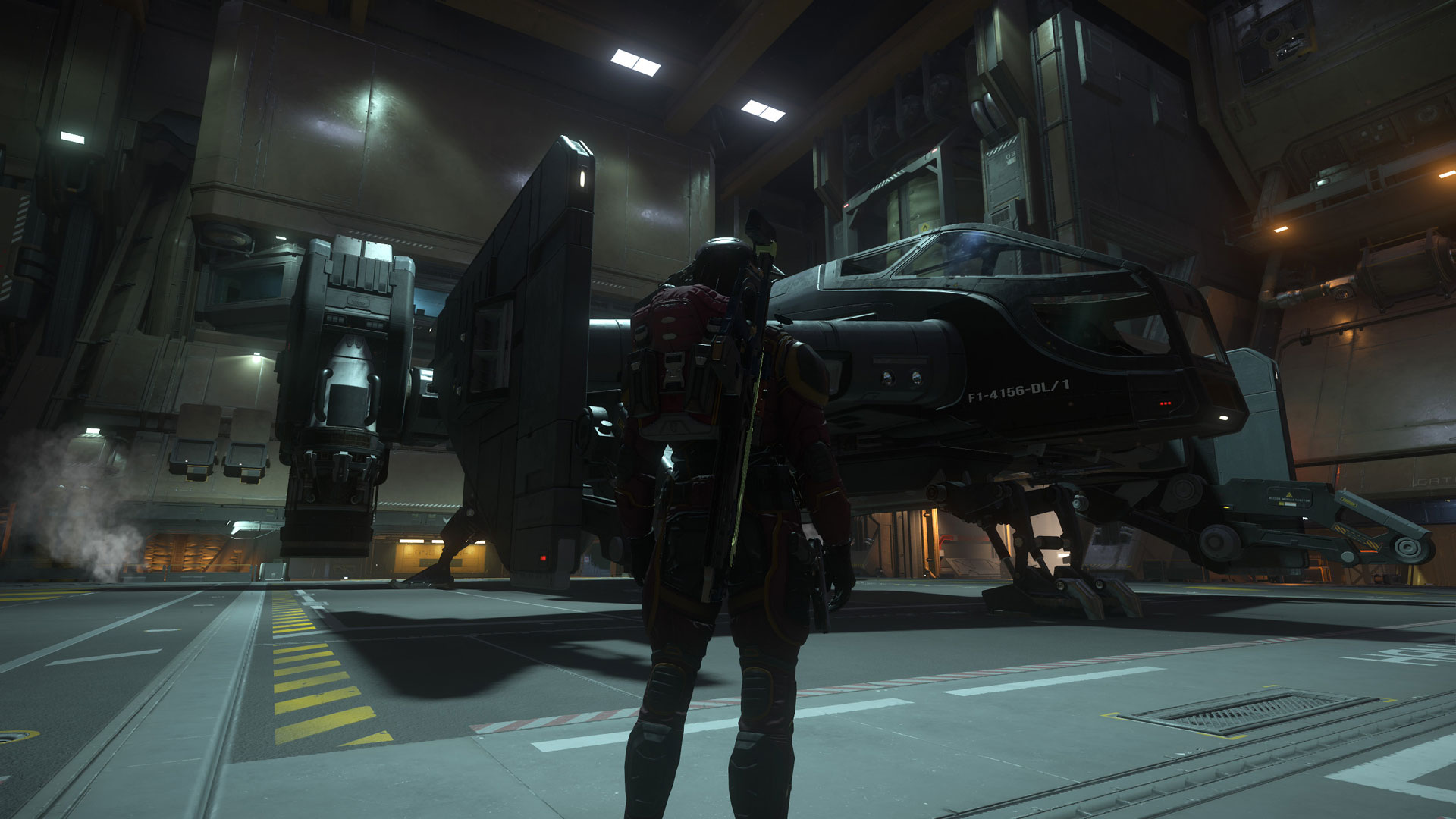 Star Citizen, in case you’ve been hiding under a rock, has been growing in popularity. It has raised over $500 million USD, and I myself have finally been putting the time in and sticking around in the ‘verse to begin covering the game with some amount of depth.

If you do decide to sign up for Star Citizen, I’d appreciate you using my referral code: STAR-SFCP-2TJ4

If you’re interested in getting started, you’ve got a lot of choices available to you now; more than I did previously, that’s for sure. Picking the right starter pack and ship for Star Citizen may seem daunting, but let me assure you right now: Going with one of the cheapest options will NOT handicap you one bit.

The Aurora starter pack offers a basic ship for light cargo running. When not on sale, you’ll drop $45 for this option. It has weapons – including some tiny little missiles – but what sets this one apart is the bed. Bed logging is buggy as of 3.17, but 3.18 looks to make it a little better. (Update: I neglected to check the reworking since I last flew the ship, and would now NOT recommend this; see the Mustang Alpha next).

If you’re more focused on ship-based combat, then the alternative Mustang Alpha starter pack is going to be a good option if you want to stick to the cheapest choices. While the Mustang Alpha isn’t a powerful ship, it’s fast, maneuverable, and is good enough to help you get familiar with ship-based combat and handle some lower-risk bounties in space. It also – amusingly enough – has more storage and cargo space than the Aurora, which basically means you’ve got more versatility going for you should you realize you want to go a different direction in the game.

There are 3 main reasons I recommend choosing the Mustang Alpha:

That last point is an important one: You’re not stuck with whatever ship you buy with real money. You can upgrade it later down the road if you find yourself preferring a certain ship over others. That’s actually what I’ve done over the years: I started with the Mustang Alpha, later upgrading to the Cutlass Black. I also ended up buying the Avenger Titan (which we’ll talk about shortly), upgraded my Cutlass Black to a Sabre, and then upgraded my Titan to a Cutlass.. And as soon as it becomes available again, I’m melting my Cutlass and using the money from that to upgrade my Sabre to the Avenger Harbinger (which is by far my personal favorite ship).

Now, if you want to spend a little more money and get a bit of a better edge plus some versatility, there is one ship package I absolutely recommend for new players: The Avenger Titan.

The Avenger Titan is an exceptionally versatile ship, and wins my vote for the best starter ship in Star Citizen.

The ship + game package itself is just $70 USD, but it is extremely useful if you’re willing to spend the money.

It’s solid for early ship combat. It can handle light cargo work and has plenty of storage. It’s fast and maneuverable. Plus, you’re not too invested financially that you can’t consider a slight upgrade if you decide you prefer another ship.

I didn’t include the C8X Pisces Expedition for a reason: It’s not a BAD ship, necessarily, but I don’t feel like it really is that much better than the Mustang Alpha.

While the C8X Pisces Expedition does come with additional firepower stock, it’s more sluggish, which is extremely critical early on in the game (lower bounties can involve some fast and maneuverable fighters, which require you be able to do the same or put out a LOT more firepower before they engage you fully).

You’re much better off fighting with the Mustang Alpha until you can afford an Avenger Titan in-game.

You may be wondering why I’m not recommending a game package with Squadron 42: Well, I don’t see much value in pre-ordering Squadron 42 at this time. It’s not available for early access like Star Citizen is, so you’re better off saving your money for the time being and focusing on Star Citizen itself, which is in a playable alpha state.

Additionally, I don’t recommend you jump in with a larger package: The Cutlass Black, for instance, is a fun ship (especially if you plan on having a friend man the turrets), but it’s a little difficult to fly – especially in combat situations – for those who are new to Star Citizen. Additionally, it’s game package is $115 USD, which is a bit pricey in my mind when just starting out.

All of the ships you can buy with real money can be bought in-game.. And most of them you can also rent to fly for a day or two for a fairly cheap price.