Updated 2/19: Elden Ring’s stealth embraces magic, too. Here’s what we know before launch. 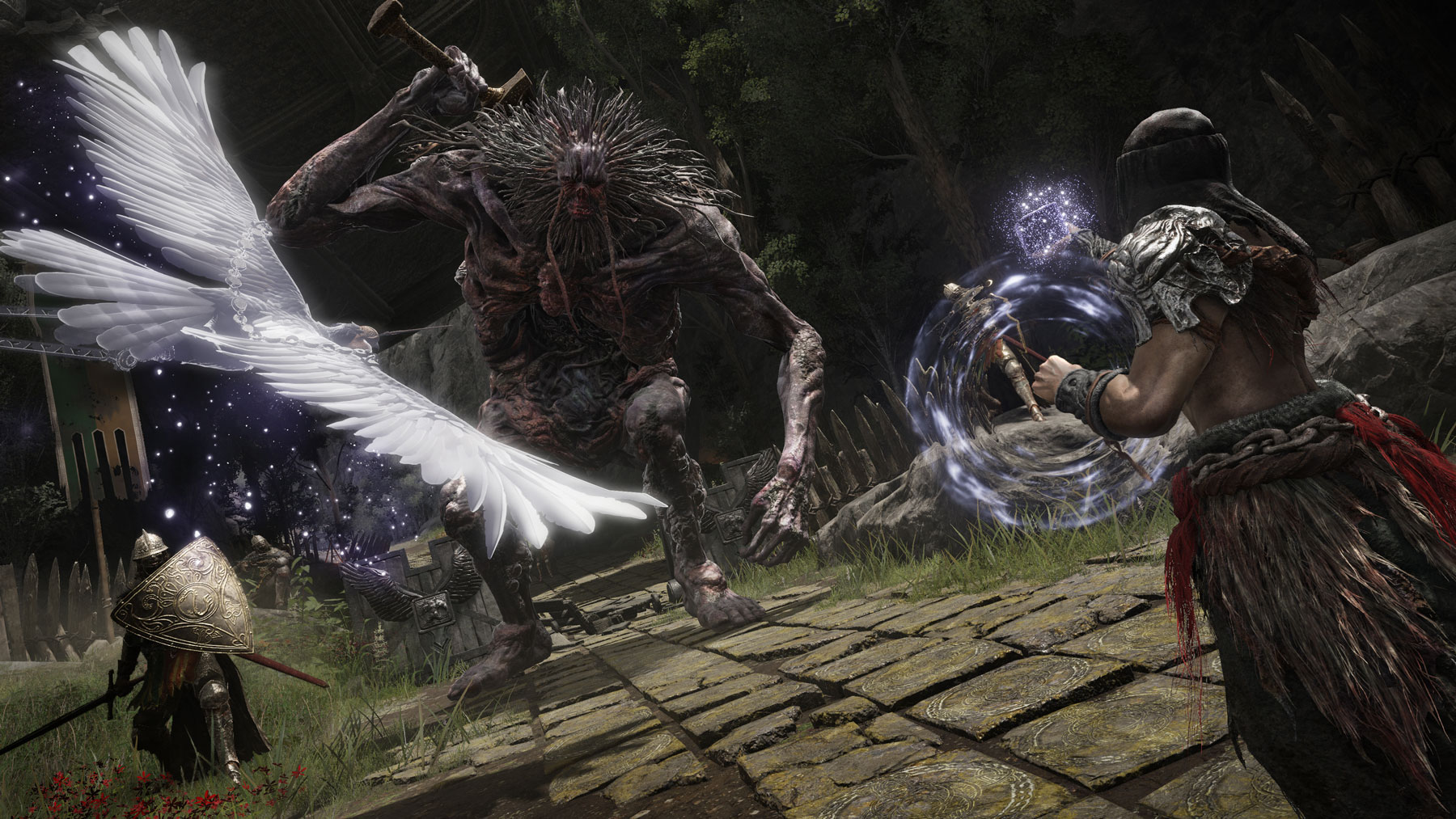 I’ve been going nuts trying to find information on one single apparent incantation in Elden Ring: A black cloud cast around a foe the player is engaged in combat with obscures it’s view, allowing the player to creep around back and perform a backstab.

This was pulled from B-Roll footage that people who got to do a closed test of the game were provided. No other information was provided, but thanks to IGN’s wiki guides being publicly in development, I finally know what it is and how to get it, at least at a basic level, so my stealth magic dreams in Elden Ring can become a reality.

The incantation is called “Darkness”, appropriately enough. It, along with “Assassin’s Approach” (which sounds like a sort of “muffle” spell in that it reduces noise you make) are acquired via obtaining the Assassin’s Prayerbook, which can be found here according to the IGN Wiki:

..which is located past the second Imp Statue Door in Roundtable Hold.

Roundtable hold is a location you’ll get to as part of the early gameplay progression, and is a sort of hub-world in the game.

Of course, once you obtain the book you need to provide it to Brother Corhyn at Roundtable hold, but once you do that’ll unlock both stealth incantations noted above so you can purchase them.

Just note that the game isn’t out yet, and this could all change; In fact, IGN’s information on the spells is rather limited.

*UPDATE*: According to the Red Bull Levels livestream, the Confessor will start with the Darkness (edit: Or maybe Assassin’s Approach, unclear) spell, so no need to hunt it down and acquire it if you’re going to start with a confessor.

Stealth incantations/spells in Elden Ring apparently can be cast while crouched.

Day/night seems to play a not insignificant factor in discovery; foes are less aware at night, meaning many people I’m sure are going to take the stealthy approach at night when clearing encampments.

On top of sleep arrows, you can craft sleep bombs that have the same effect, which should be useful for a stealthy player.