The Division Heartland appears to have stealth mechanics

A leak appears to confirm stealth in The Division Heartland 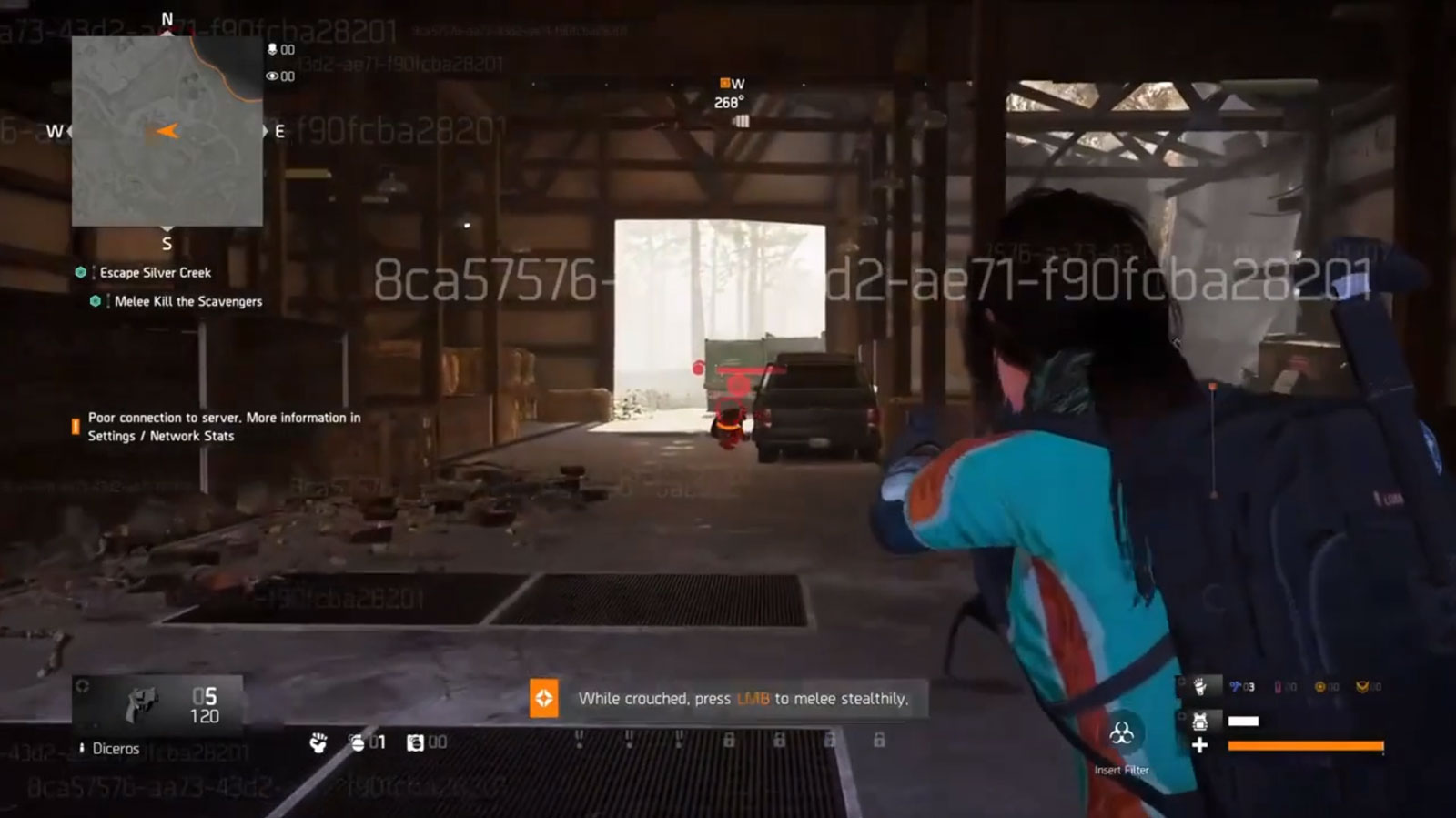 When Ubisoft announced the upcoming free-to-play addition to The Division series, I wasn’t shocked. I wasn’t excited. I was, well.. “Eh”. The Division can be a fun diversion as a looter-shooter with RPG mechanics, and I actually put some real time in The Division 2, but the bullet-spongy enemies and lack of stealth or detailed weapon mechanics turned me off.

With a surprise leak in the form of a private test video, I have a reason to be tentatively interested. Let’s break down what has me interested.

First, the little voice in your ear is telling you to stealthily approach and take down a foe, but that could be anything.. Until the person playing decided to not do that.

See the highlighted area? That’s a noise meter, my friends. While watching throughout the video, it would animate every time the player took a shot, rolled in the ground, etc.

Further on you see some additional shooting, with enemies not responding in the immediate area; Unfortunately, we have no idea if this is just due to buggy AI at this time or whether there is some new detection range implementation (especially considering how the video creator’s connection is pretty lag-riddled overall).

Something else interesting to note is a larger meter above your compass; I believe this is tied to general area noise, rather than just your own.

Whether we’ll see anything in the way of confirmation any time soon, it’s hard to say. Ubisoft really came out of left field when they announced it, so details may be limited. Either way, I’ll be keeping my eyes open to see if we can get any further details about the possible stealth mechanics in The Division Heartland.

Beyond the stealth, there’s the standard Division fare here; bullet-spongy enemies, masking required (although, in this case, the filters degrade), and some enemies can be exploded by hitting their weak points. Crafting is a little more prominent, as you’ll need to craft items to survive. You can also be cured of “sickness” at SHD relays, whatever that sickness may be.