Here's a story of my experiences playing Star Citizen again.. And wanting to play more. 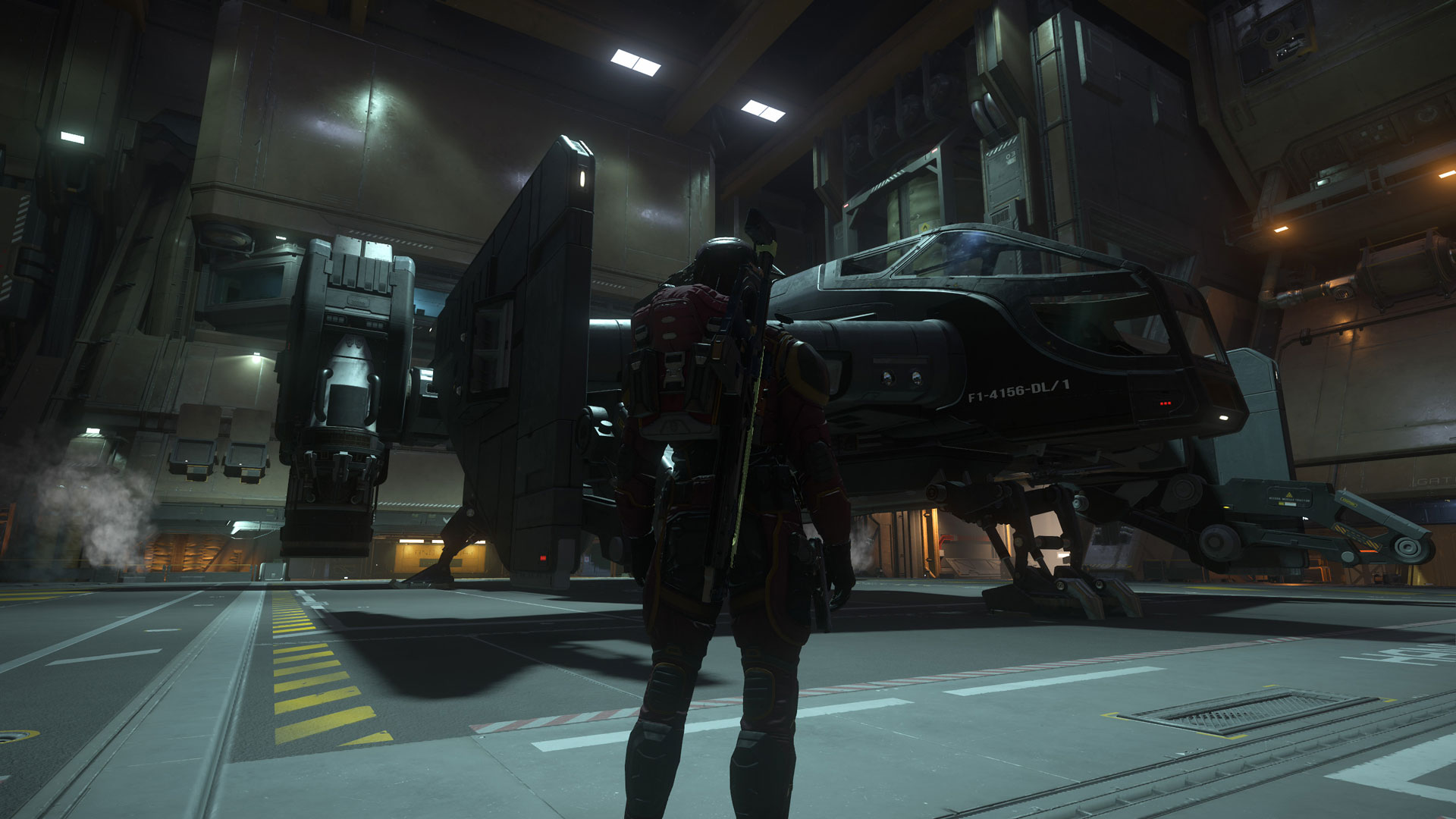 So, in case you weren’t aware, I’m both a sucker for punishment (I’ve reviewed a LOT of Ubisoft games in my time) and a lover of details (based on the amount of detail I usually put in my guides).

I recently managed to get my hands on a Thrustmaster T.16000M FCS; this is a flight control setup that includes the standard stick, as well as a throttle control AND rudder control pedals. I’ve always wanted this full setup, and getting it made me think it was time to get back into Star Citizen again and start playing for real.

The following is what I did today. Be sure to stick around to the end of the story to get my thoughts on whether you should play or not.

Easing into it: Deliveryman Will in Star Citizen

Star Citizen, as of 3.17.4, gives you a lot to do. While I could jump right into combat, I’ve JUST finished mapping my controls and need to get comfortable with it before I do bounty hunting missions or anything like that.

So, I decide to do some small package deliveries; this will let me practice landing, and net me some cash, too.

I’ve flown to a small outpost to pick up a package, and basically have to run it to another area on the planet.

Well, I pick up the package, walk it back to my ship, and take off for the delivery location. Special note: Quantum travel has been improved and I can QT from one location on the planet to another typically pretty easily; it’ll either fly me around the planet properly, OR it’ll plot a multi-hop jump to get there.

Anyway, I landed on a landing pad this time for the drop off, grab the package, open my rear bay door, and walk out for a delivery..

..And forget to close the door.

Turns out, someone was waiting for just this sort of thing to happen. After I completed my delivery, I witnessed this.

Griefers can have a lot of fun with this game. Ships basically can be flown by anybody; if they can get inside your ship (thankfully the doors, when closed, will only open for you), they can fly it.

What really sucks is I basically was stuck here; I could probably reach out for a pickup, but I didn’t really want to wait forever for someone to pick me up, and decided to instead suicide.

When you die in Star Citizen your body is cloned at whatever hospital you specify; if you don’t specify one, you’ll respawn at the hospital at your starting base.

You’ll respawn wearing a lovely hospital gown, and be given a complimentary stark-white flight suit and helmet (the outfit of shame).

Not a huge deal; Sure, I lost the gear I had on me, but I had money and filing an insurance claim is really easy.

That’s a good thing, too, because I died trying to do another delivery because I forgot to slow down and flew into a planet.

As long as you maintain your insurance you’ll be able to claim a base model of your ship for free. I’ve got 6 months of free insurance, and don’t have to worry about it while we’re still so early in development.

So, I really wanted to do this mission.. So I get in my ship once it arrives, fly out, and realize.. Hey, my corpse is still there! I can loot the armor and guns I bought at least!

..And then this happened.

I fell through the planet I was on as I approached my corpse.

I eventually managed to pick up my package and bring it to my delivery location, but another bug caused the delivery to not be registered.

So, let’s talk about this experience, and my feelings with Star Citizen.

Star Citizen is fucking broken, but I still love it.

Star Citizen is the game I never knew I wanted. It’s gorgeous. It’s got seriously heavy details when it comes to mechanics, and they aren’t even fully fleshed out yet.

It is definitely still in alpha, however.

Look.. Star Citizen is going to be a long-haul game.

You know how people are still playing Eve Online?

I expect Star Citizen to go the same route.

There is a reason that they keep getting money from people buying the game and new ships: Despite the bugs, it’s FUN.

Note: If you want one of the cool ships not a standard starter, you can absolutely get them in-game. You don’t have to spend real money to get ships like my Cutlass Black.

So, should you play it?

This is a situation where I’d say.. Maybe. If you’re into hardcore sim games, have a lot of patience for bugs, and want to explore an insanely cool world (oh, and have a beefy machine), then yes.

Otherwise, just wait for the next free-flight to give the game a spin.

I’d also like to note that GGN is going to start expanding into covering sim-based games, and we’re clearly starting with Star Citizen; while Star Citizen has stealth and (will have) somewhat immersive sniper mechanics, neither are focal points of the gameplay necessarily.