Ground combat in Star Citizen, as of writing this, feels the most "alpha" 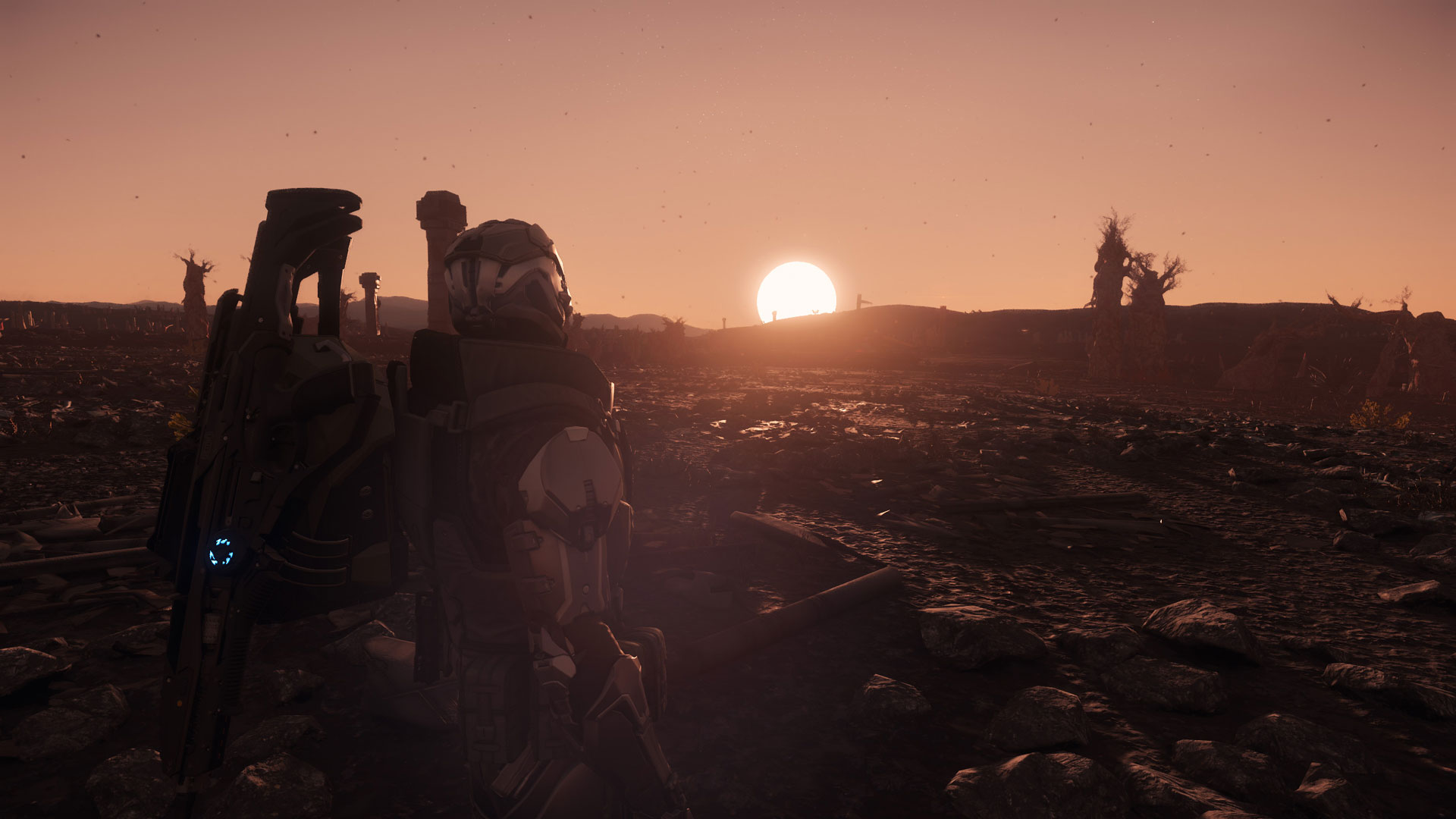 Star Citizen is an ambitious game, hence the extremely long development time. It’s as if DCS World and Arma had a giant space baby (pick and choose your reference with that one, but I’m going Sea Lab; Captain Murphy 4 Ever).

The space combat is in an extremely polished state, relatively speaking, and it keeps growing. The ground combat, on the otherhand, is.. Well, a little rough around most of the edges.

Let’s rip this band-aid off quick: The worst parts of ground combat are server lag and the AI.

Server lag is relatively understandable; they haven’t fully optimized everything still on the netcode side of things, and odds are it’ll be rough for a while.

If you’re far enough away when firing, they won’t respond to their buddies being dropped. Rocking a suppressor? They may not respond no matter what unless you’re exceptionally close and within visual detection range.

Oh, and when they do notice you, they can be a little.. delayed in responding.

Still, I’m enjoying shooting them, and they occasionally get a lucky shot on me. Bunker missions tend to be the best as far as FPS challenges go, aside from PvP encounters. Cave missions, on the other hand.. It’s just easy money.

Aside: Cave missions always seem to use the exact same cave layout every single time, so hopefully soon we’ll get some new caves to explore.

Star Citizen exists in this weird void. It’s incredibly detailed for an “alpha”, and really stands out in a lot of ways. Flight is AMAZING, and looks to be improving all the time, too. Even space combat itself can be a lot of fun, and challenging.

Ground combat is clearly too early to be considered fleshed out, however. There is the obvious AI quirks, some general interaction issues (climbing designated cliffs or opening an enemy’s chest piece to loot them is obnoxious). Sniping clearly has plans for bullet drop mechanics, including weapon zeroing, but there is no reason as far as I can see for that to even be a thing right now because you won’t engage targets past 50 meters.

When I first tried Star Citizen, I thought.. “Nope, I’m going back to Elite Dangerous, this sucks for now.”

Now? I’m just amazed at what has come about. It’s still very early, but it’s PLAYABLE.

Elite Dangerous added ground combat, and honestly, it wishes that it could be as good as Star Citizen will be in just a little while longer.

Transitioning from space to planet surface? No Man’s Sky could take a lesson from Star Citizen (plus, flight mechanics = winning in SC).

Keep your eyes open for more from Star Citizen. This is a pet project that’s getting a lot of love from it’s creators, and I have no doubt that it’ll set a new standard for space sims.