These 10 tips are basic, but easily overlooked for beginner Sniper Elite 5 players! 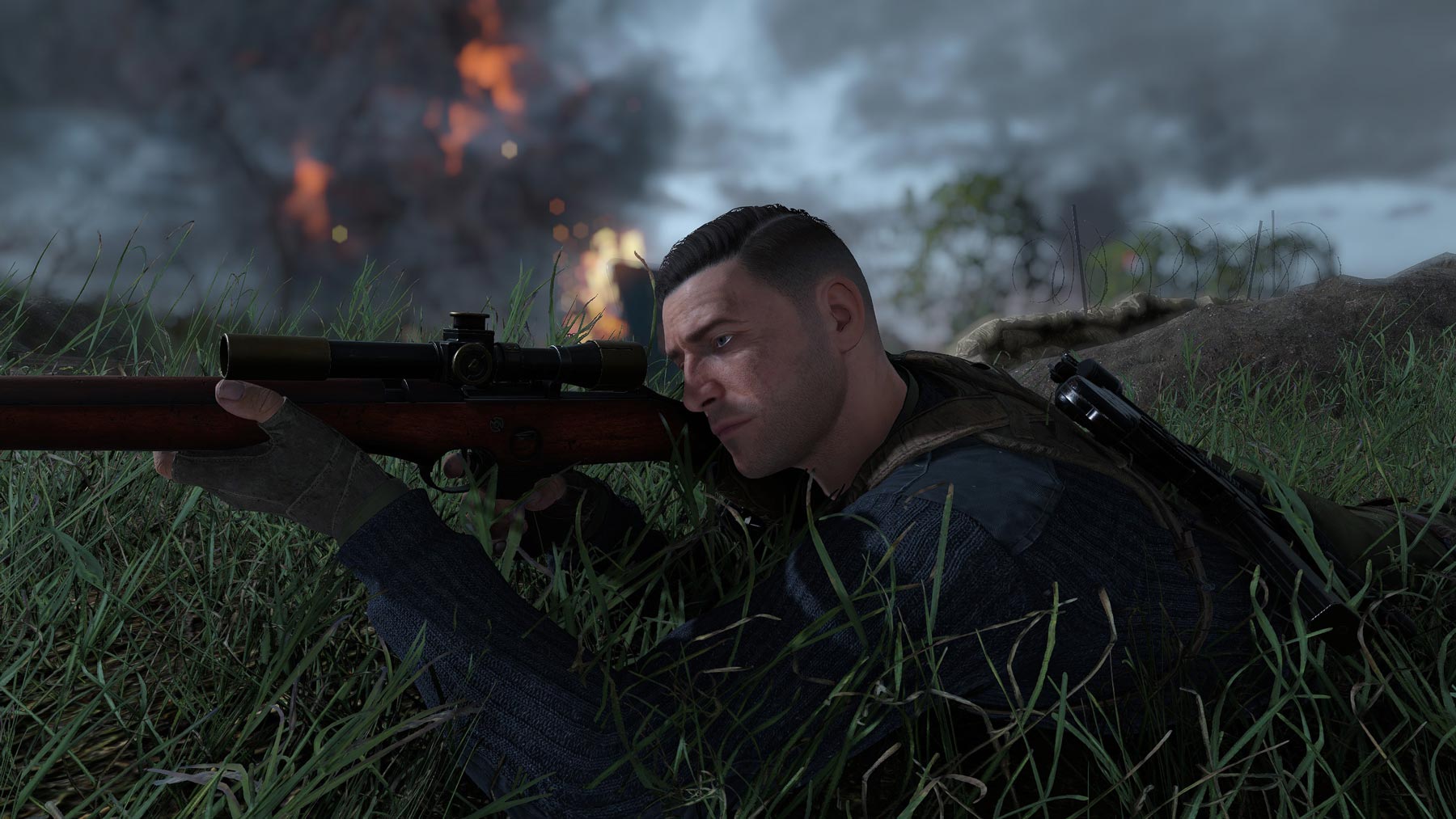 1. Use Manual Save Before Kill Objective & Before Exfil

Manual saving has one big benefit over quick save: Using it before you take out a kill objective allows you to come back and do it another way, just in case you fail to achieve the optional kill method (which usually nets a nice reward).

As well, make sure to use it before you exfiltrate; Almost everybody will miss collectibles, unlocks and more throughout their first run in a map, and this saves you the hassle of clearing it out for a second time.

Some kill list enemies have special rewards if you kill them a certain way. In some cases you’ll unlock a new weapon. One of the best long-range rifles in the game is unlocked this way, so at the very least follow tip #1!

3. Use your binoculars to scan an area first (rather than scope-tagging)

4. Pay attention to nearby enemies before you shoot

Got all the enemies nearby tagged? Good! Take out your loudest weapon and aim at one of the nearby ones.. Notice the exclamation point over his head? That means that, when you fire, he’ll hear the report of your weapon and go into an alert state. #5 and #6 are tied to this one, so next up..

5. Write down your current weapon’s sound detection range before the mission!

You won’t be able to look at this while you’re playing (unless you make it to a workbench), so be aware of your detection radius! Once you get a feel for the ranges in this game and you know an enemy is nearby (but you can’t tag them because they’re behind cover), you’ll understand #6..

While it might seem fun to use your rifle for every target, you’ll be better off using your secondary or even your pistol for most targets: This is because they’ll be MUCH quieter than your rifle, and lets you save your much more limited rifle ammo for when you need it most. Sometimes enemies are behind cover; when using your focus (tip #10) you can see them, but you won’t know exactly how far they are until you get comfortable estimating ranges in the game. Even then, better to be safe than sorry, so use the quietest effective weapon you’ve got for the task!

7. Don’t kill enemies you don’t have to

This may be surprising, but sometimes some enemies are best left alone (at least early on). If you can bypass a cluster of baddies to get to an objective without potentially leaving yourself open for a flanking maneuver (where they come at you from multiple directions), do it. You can always come back later to mop them up. By taking out enemies not directly impacting the completion of the objective you risk early discovery and running out of critical ammo and supplies before completing mission objectives.

8. Set traps before you leave a location

If you’ve managed to be stealthy enough to leave some foes alive in an area you just completed an objective in, it isn’t a bad idea to leave a few trapped bodies to earn you some easy experience points and keep the heat off of you while you’re off doing other things in the map. Plus, this can help eliminate constant recurring triggers of “Searching” from enemies on the other side of the map (because you’ll have blown them up, hopefully).

9. If you see an alarm speaker, take out the alarm box ASAP!

This one is absolutely critical: Always. Take. Out. The. Alarm. Early. If there is a single foe next to it take him out before if you can guarantee at least a disabling shot, but otherwise, better to take out the alarm and alert a handful of enemies than them activating it and causing hordes to come for you!

Finally we come to the second most important skill in the game (the first is your revive using a medkit skill): Focus. Your focus allows you to see enemies through walls.. And also see where they are on the minimap too! Fully unlocking it means you’ll spend less time ramping up your heart rate and can also move quicker while it’s active. This skill is a must-have if you’re new to stealth-focused games.