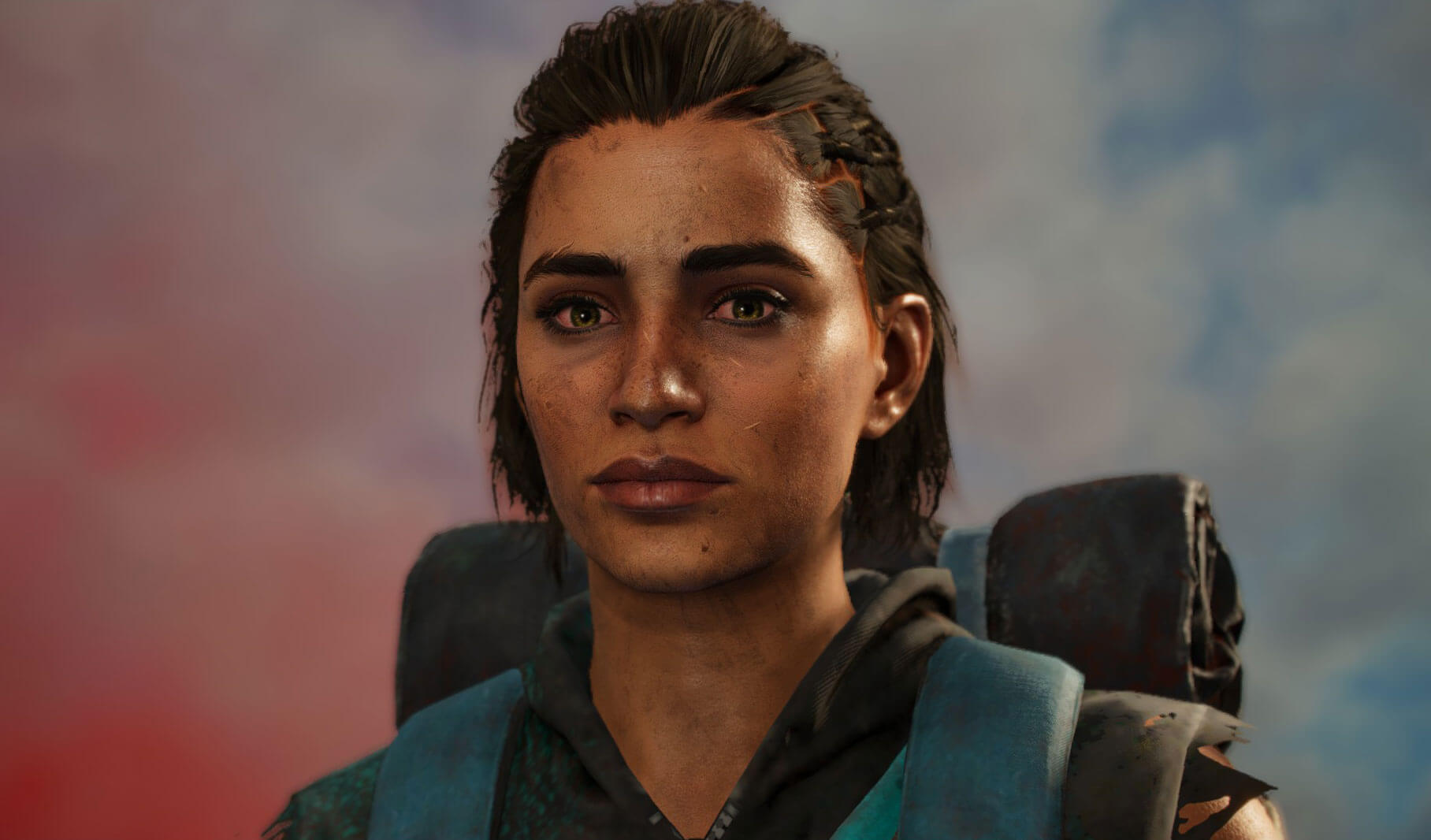 Note: At the time of publishing this review Ubisoft has yet to fix a bug that cause many users to have low-quality textures regardless of how powerful your GPU is, and it doesn’t matter whether you’re using the HD texture pack or not, so some screenshots may have low quality textures that may not be representative of your experience.

The Far Cry series has been long-running with 6 main titles, plus multiple additional side titles continues to build on the Far Cry Legacy: Absurdity in storytelling, lush graphics (mostly – see the above disclaimer) and usually functional stealth mechanics are the standard fare here, although Ubisoft has begun to copy game mechanics between its different IPs as of late leaving most of their shooter IP having a certain sameness. Still, even doing a proper full review in a reasonable timeframe is a challenge given the overarching scope of the series, and Far Cry 6 doesn’t change that.

Still, Far Cry 6 is mostly worthwhile, with a number of caveats. Let’s dig in.

Far Cry 6: Yet Another Jungle-Style Environment

The setting, heavily promoted by Ubisoft, is basically Cuba-but-not-really with a fascist dictator being the standard caricature of facist dictators. On the other side you’ve got the revolution: Libertad, as well as other factions, which you’ve got to unite in order to take down the aforementioned dictator’s goons, as well as the dictator itself.

It’s a standard trope that has been played out in games since time immemorial, but Far Cry tends to lean into tropes fairly regularly.

In Far Cry 6 you’ve got a lot of different avenues for actually playing in the environment. There are the standard story missions, plus various side missions (Yaran Stories), and capture/explore/destroy faceless missions not entirely unlike Faction missions from Ghost Recon Breakpoint, or radiant quests from Skyrim. On top of that, there is end-game content in the form of weekly “clear this out” missions as well as coop-ready special operations.

There’s also base-building mechanics (like AC: Valhalla), multiple minigames (including Los Bandidos, which allows you to send guerillas off onto missions with a real-world timer before you can give them basic orders), and more. Essentially, Far Cry 6 has tried to cram in as much as possible into one game.

When it comes to exploration, there are plenty of options. Cars, horses, boats and aerial vehicles are available at your beck & call, and getting more is as simple as scanning it with your phone (an oft-used device that also allows you to mark enemies) or dropping it off at a special location (in the case of military vehicles). One important aspect of exploration, though, is the wingsuit: As soon as you unlock a few fast travel locations (and clear out the anti-air emplacements nearby) you’ll be able to air-drop from them as a simple method of travelling to the numerous locations on the map.

In this case, though, you do get small communities to explore as well as a somewhat decent-sized city. Speaking of exploration, let’s talk about what matters most to GGN: the stealth mechanics of Far Cry 6.

Far Cry 6 has changed that, but not always for the better. Nearly any side mission can be completed easily without alerting the base at the standard “Action” difficulty (you’ve only got “Action”, which is normal, or “Story”, which is easy). Missions that are a part of the main story, however, frequently require you to fend of waves of enemies, defend an objective, or escape an ambush. While one of the changes (which we’ll discuss next) makes it so the stealth mechanics are still usable in these situations, this is standard Fry Cry bombastic “blow shit up in as ridiculous a means as possible” fare still, if you enjoy that sort of thing.

Social stealth, a new feature, isn’t really all that special. This is slimmed down from titles like Hitman or Assassin’s Creed in that, as long as you don’t have your weapon out and aren’t anywhere you’re supposed to be, you can pretty much pass by unmolested.

The core stealth detection system has been tweaked from the Ubisoft boilerplate: If you get spotted you may not be dealing with everybody and their mother in the base, and even then, only the people who have spotted you are going to be fully aware of you (as long as you’re still plainly visible and in the same location). This means that you can still hide and make use of stealth mechanics immediately even after being spotted by dropping smoke or running to another area for cover.

The weapons make this even easier. Most locations you can easily clear from a relatively long distance with a rifle silently if you’re patient. Suppressors are available for nearly every weapon, and the “stealth” rating of the weapons is practically useless once you’ve put one on your rifle. I’ve been mere meters away from someone, taking out one of their buddies on the opposite side with my suppressed rifle, and they are none-the-wiser.

Weapons like the bow are almost completely useless, especially in the end-game. Once you get your hunting lodge upgraded you can use literally any weapon to hunt with. The only time I made use of the bow was with EMP arrows, in order to disable tanks long enough for me to hijack or destroy them.

Speaking of ammo types: The new workbench system allows you to modify your weapons, supremos (backpacks that give you a special ability) and vehicles to upgrade them. This essentially replaces the skill tree, and combining it with the armor you’re wearing allows you to basically create builds that you can switch between depending on your mood or the mission you’re on.

The problem here is that the ammo types can only be switched at the workbench, but then again, it’s not that important, for one big reason: The only ammo type you really need is armor piercing, and once you unlock it for that weapon type, it’s unlocked for all the weapons under that classification.

There is explosive, poison, flame and soft-target rounds on top of AP and standard ammunition, as well as EMP in the case of the bow. None of these (aside from the EMP arrows) are critical, especially in the late game. Just set everything to AP rounds and have a rocket launcher or something with EMP capabilities for vehicles and you’re set.

Also, as a note: Sniper rifles are almost entirely useless here as well, as there aren’t any actual ballistics to speak of requiring a long range rifle. Just toss an ACOG on your regular rifle and you’ll be set.

Animal companions are back in Far Cry 6, and many are designed to enhance stealthy playthroughs, but honestly.. I rarely used them. The game itself is so easy that at best they can be considered canon fodder for when things go south. I only used some occasionally just to break up the standard flow of stealthily clearing a base.

Want to use Chorizo (the adorable handicapped dog) to distract guards? Sure, but honestly, it’s just as easy to shoot them in the head and be done with it. Ammo is plentiful, as are suppressors.


The failures of Far Cry 6

While overall the game is fun, there are numerous issues, some of which need more than just a patch to fix.

Bugs-wise, at launch I’ve personally dealt with the texture issues ruining an otherwise potentially beautiful screenshot (of course, the Far Cry engine is starting to show it’s age just a bit). Other users have dealt with incredibly bad CPU performance (par for the course with Ubisoft open world games), almost instantaneous respawns of enemies, plus many game-breaking issues.

Speaking of game-breaking, the autosave-only system is an unfortunate source of frequent pain: Sometimes you need to save, but instead have to do a song and dance interacting with objects until it finally kicks in. Other times you’ll autosave at a really inappropriate time, making your save game unplayable since you’ll be caught in a groundhog-day level loop of death with no way to restore a previous save.

Oh, and one time I took out a guard only to be unable to open a door because his body blocks it. I had to go well out of my way to get to where I was supposed to go after that, and I can’t imagine what would happen if that issue occurred in a small hallway with a single door to get to where you need to go.

Beyond that, there’s just a lot of aspects of the game that are “meh”. There’s the overall lack of usefulness already mentioned with various mechanics, a lackluster variety in successful methods of stealthy play, boring side missions, and gameplay features that are just blatant ripoffs from not just Ubisoft titles as part of their open-world boilerplate, but also other successful games (exploration & the grappling hook plays out almost like a direct ripoff of Ghost of Tsushima).

Resolver and unique weapons are bland items that rarely have any true usefulness: They are a gimmic, nothing more. Even the Supremos can be of limited utility.

And we’ve still got microtransactions, expensive DLC and a bug tracker that doesn’t actually get updated even when the issue is confirmed in the Ubisoft forums.

Despite its faults Far Cry 6 is fun. I’ve actually enjoyed myself for the most part, but I will note as you progress further in the game you’ll end up getting bored and following a routine, pretty much. Even though level-scaling is here, I really never found anything truly challenging: Mostly just a diversion as another rubber-stamped Ubisoft open world game.

If you enjoyed Far Cry 5 and want something a little more stealthy, go for it (although I’d suggest waiting for a patch or two to come out: We’re at 1.1.0 after the day-one patch).

If you want something a little more involved with more immersive (and varied) stealth and tactical gameplay, look elsewhere.