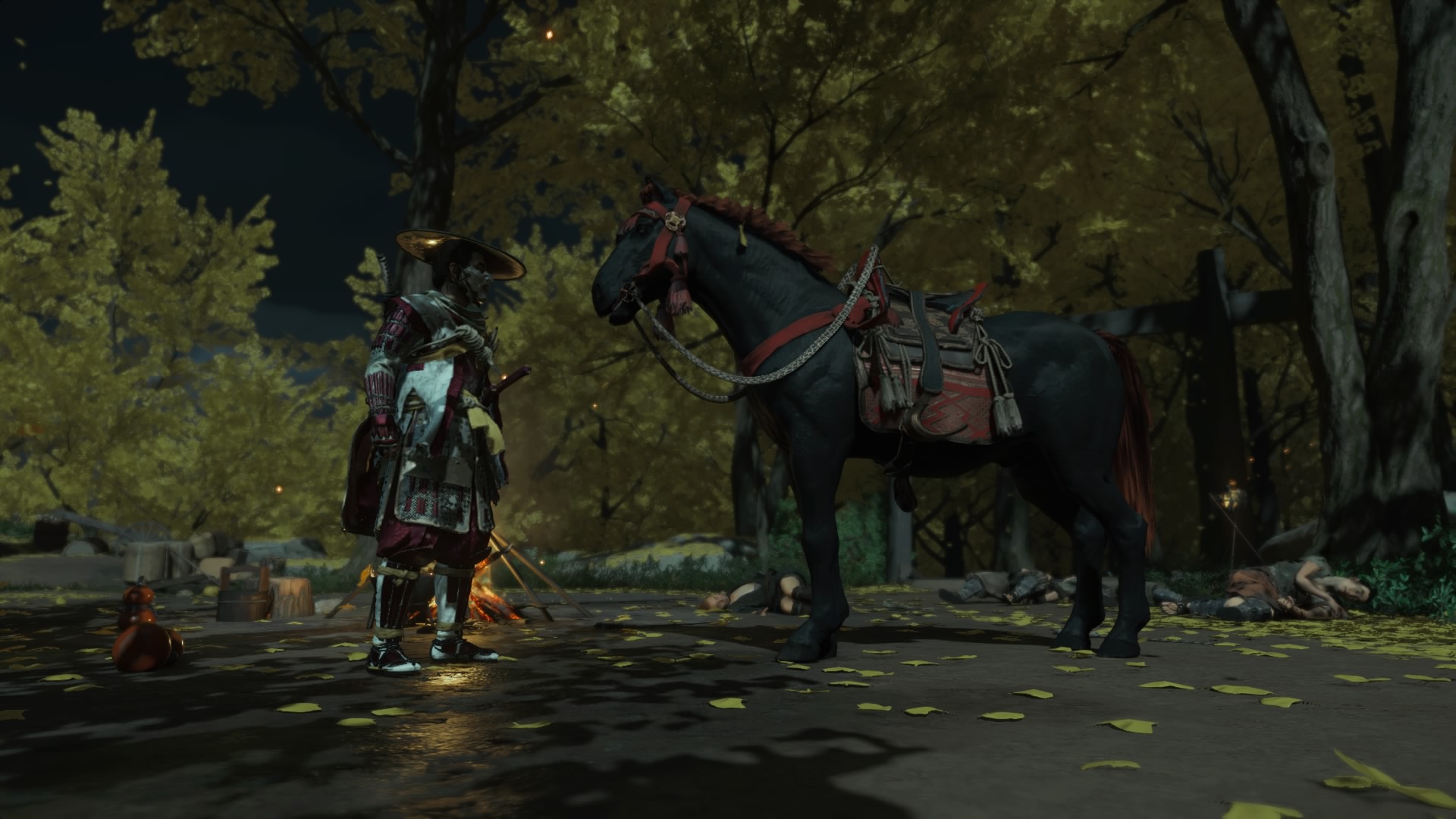 So, you’ve already read my (now updated) guide on what to do before starting New Game+ in Ghost of Tsushima. What do you do once you’ve started your New Game+, however? There’s a few important tips for getting the most out of your New Game+ experience.

Visit Baku the Voiceless at the start of the game!

When the game starts with you running through the forest, don’t try to take control; let it lead you to where it wants, and you’ll end up right in front of Baku the Voiceless. He sells new charms, armor dyes and other vanity items exclusive to New Game+ in exchange for Ghost Flowers, which you get in lieu of rewards you’ve already gotten (such as charms).


Get the Charm of Ghostly Fury first!

While Baku the Voiceless provides a number of interesting charms (including some negative ones, if you want to make your game even harder), probably the most useful charm for people who like to play an assassin is the Charm of Ghostly Fury. Shown in the screenshot above, this charm is great for when stealth fails or is unavailable: No longer will you lose every point on the meter by getting hit, AND you get an extra swing of the sword with it. Worth it! If you choose to use it, I recommend subbing out the Charm of Toxic Demise in my Terror Stealth build.

You’ve got a new tier of upgrades available for a variety of your equipment, including bows, satchels, armor and your sword. These are pretty costly upgrades, too, so don’t think you’re done hoarding supplies and pelts. Although you sadly can’t bring it with you from your previous game, you aren’t starting over from scratch, either: Your current upgrades are all still there; there’s just one new tier available.