Ghost Recon Breakpoint is getting a.. Tomb Raider Crossover?

What can we expect from Lara Croft in Ghost Recon Breakpoint? 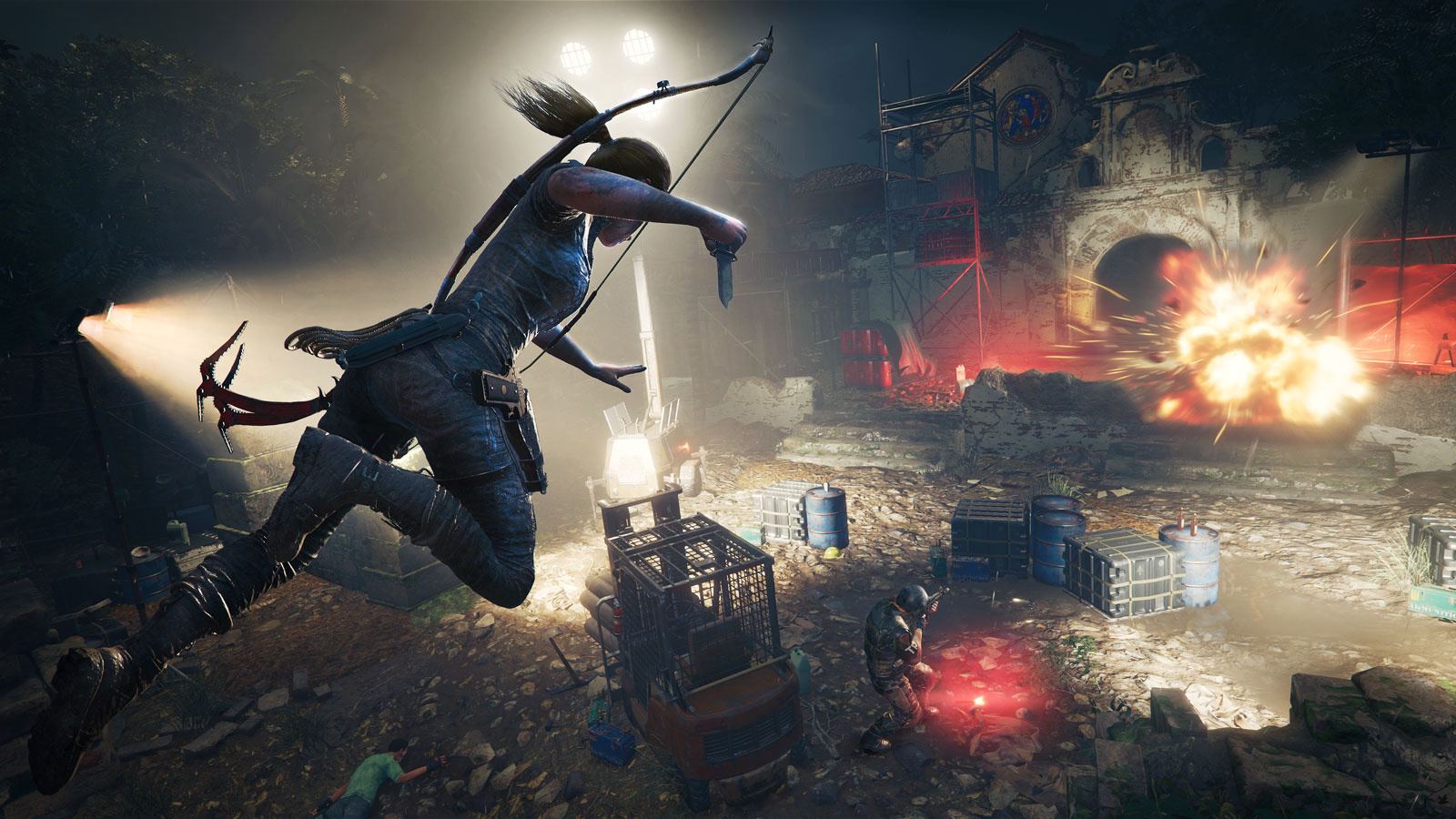 UPDATE: We have some new information now; check the bottom of this post for the update.

Wildlands had a number of crossovers; Splinter Cell and Rainbow 6: Siege are obvious ones, given they are Ubisoft properties, but then they tossed in the Predator, which was a pretty significant (and appreciated) film crossover.

Breakpoint has had the same treatment, trading out the Predator for Terminator. Now, however, we’re getting another game crossover.. from another company’s game.

Square Enix is rightly celebrating the Tomb Raider series, and before Ubisoft could even get a word out (they have been incredibly tight-lipped about any future stuff coming) they announced that Lara Croft has/will make a trip to the world of Breakpoint.

So, Tomb Raider in Breakpoint? That’s an interesting crossover, but I can see it. I can almost see it as being planned from the beginning, given the lore of the island itself.

What will be in the Breakpoint/Tomb Raider crossover, however? I have a few guesses.

First off, I expect there to be some form of puzzle, like the treasure hunt side missions that are already in Breakpoint. The rewards, however, will most likely be in the form of equipment. I’d expect we’ll probably see another knife, possibly a tattoo (or some other form of cosmetic), but I strongly expect we’ll see a new primary weapon in the form of a bow.

We may also see a player character model, too.

Of course, this isn’t going to be the next big live event; most likely this is just a simple side diversion.

Now, if we’re talking wish-list, people have been talking on Reddit about a variety of things. Chief among them (besides the Lara Croft outfit in Breakpoint)? Additional vertical gameplay. Climbing, a grappling hook, etc. all seem to top the list.

Just in case you’ve lived in a cave (and haven’t visited one in the Tomb Raider universe), modern Tomb Raider games have excellent stealth gameplay, so if you get bored waiting for any number of games to come out with good stealth, give them a shot.

Below is a snippet where the crossover was announced at a Square Enix live event.

It looks like some additional stuff has leaked about this, in the form of event introduction cards that usually show up when an update is posted. Whether these will be the final versions, or are just placeholder, I can’t speculate, but this at least confirms that we’re looking at a treasure hunt.

Treasure hunting is not a new aspect to Breakpoint; there was a side quest involving piecing together info from collected maps to collect a few Skell credits left behind by pirates (I’m not even joking here).