A complete guide to the stealth mechanics of Ghost Recon Wildlands 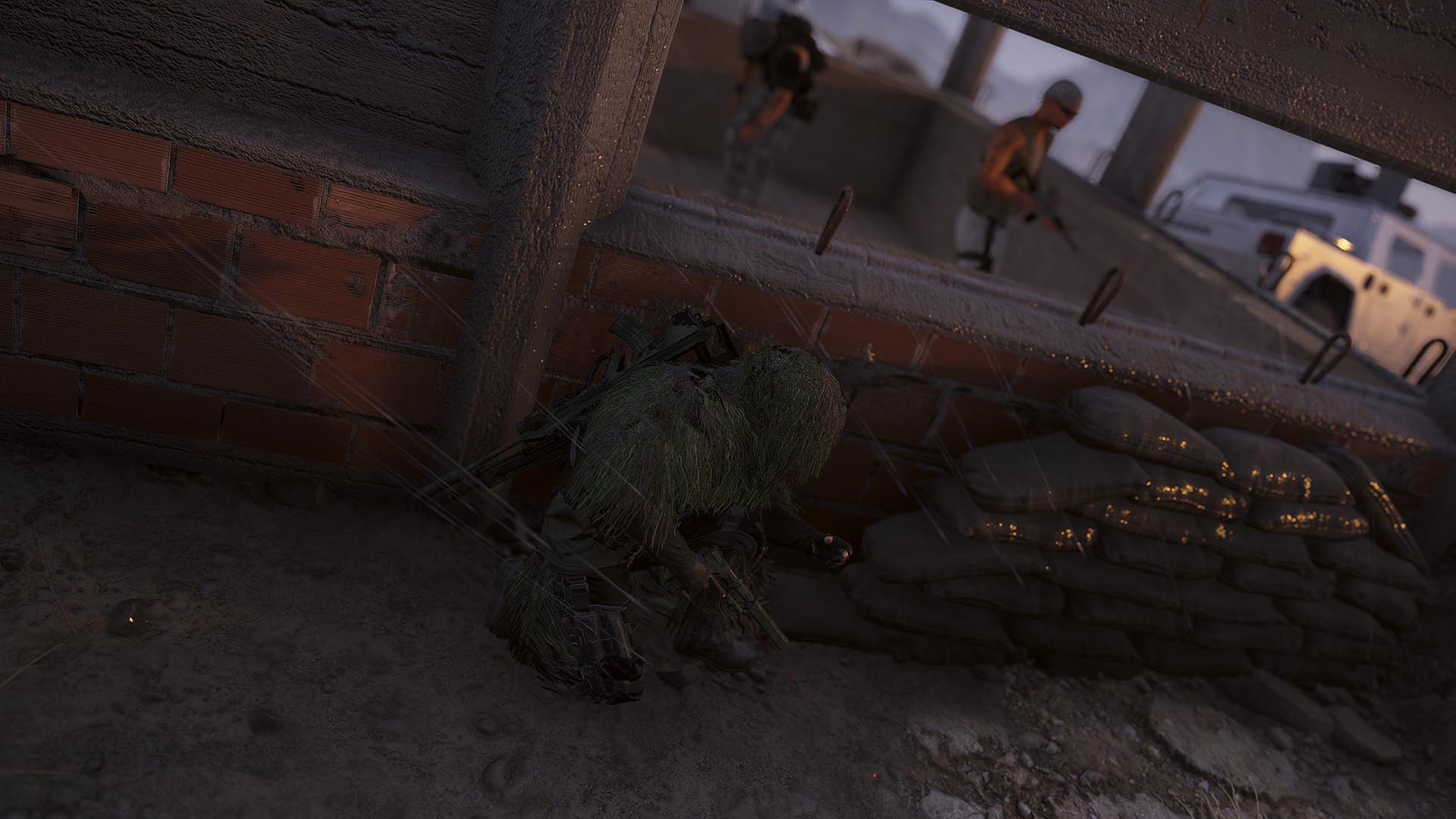 Ghost Recon Wildlands – despite the bombastic trailers – is a stealth game at heart. While you can certainly go big and loud, you’re better off taking a stealthy approach. This guide will help walk you through Ghost Recon Wildland’s stealth system. Let’s get started!

There are 4.1 methods to control visual detection in Wildlands.. And yes, I meant to type that. You’ll understand why further into it.

First is distance from the enemies: The further away you are, the less likely you are to be spotted. Some enemies have a greater detection range: Snipers, for instance, are able to spot you easier. As well, if an enemy is in an alert state (more on that later in the guide), they will be more perceptive and able to spot you from slightly further away (especially snipers).

Next factor in visual detection is stance: You are able to crouch and go prone in Wildlands, and each stance has an impact on the visual detection range and speed, making you harder to detect when compared to standing.

Line of sight is another important (if not obvious) aspect of visual detection: If you’re not within an enemy’s cone of vision, they don’t see you.. So feel free to sneak up on them for a stealthy takedown or interrogation

The final method to control visual detection is cover. If you stand behind a wall, or even a concrete block, barrel or crate, you enter a “cover” state, where you hug the surface and gain a bonus to stealth as long as enemies are on the opposite side of the cover.

The “.1” method to control visual detection? Well, Wildlands doesn’t have a tall grass mechanic. What it does have, however, is the fact that hiding in full-coverage foliage (such as a large bush) means you may as well be invisible. It’s important to note that there is no indicator to being “covered” when inside foliage, so I’d hesitate to rely on it except in the case of a last-ditch effort.

Let’s get into sound detection next.

Sound detection is much more cut & dry, so this will be a quick one to knock out.

Next is an amusing one: If a body drops near another foe, they have a solid chance of hearing it. This includes both indoors and outdoors, so be sure to eliminate your foes quickly if they are grouped together.

Finally, the most obvious is gunfire, bullet impacts, and explosions. Any of these will at the very least make an enemy suspicious if they are within range to hear it. A suppressed weapon will be less detectable than an unsuppressed one, and a bullet impact is less likely to be heard than an explosion. As well, there are 2 lure methods to allow you to draw enemies attention: Via a drone upgrade, or via a diversion lure grenade.

Let’s dig into the meaty part of the Wildlands stealth guide: Alert states.

Normal is obvious: There is no awareness of you, so you’re not at risk. Let’s get started with the rest.

Enemies enter a “suspicious” state instantly when they begin to spot you or they hear a noise (such as you running, a body dropping, or a bullet impact/gunshot) they can’t directly pinpoint immediately. At this state they will typically investigate the source when it’s a noise trigger, but visual detection (without a full trigger to the next alert state) typically won’t cause them to come look for you.

With visual detection you’ll note an indicator on your crosshair showing where they are detecting you; it starts out white, slowly turning orange, and then red. If it hits red, you immediately enter the final state, which we’ll talk about later.

Suspected states typically don’t last long, and they’ll return to a “normal” state in short order without any additional influence.

Next is the “Hunted” state. A hunted state is triggered by loud noises within a detection range, dead bodies discovered (or enemies dying in front of their buddies), or your drone being spotted. Additionally, a “hunted” state can be triggered by other NPCs fighting the enemies in the region, such as Rebels vs. Unidad vs. the Cartel. They won’t necessarily be hunting for you, but this denotes that the enemy is at an aware state and is prepared for combat.

While in a hunted state you will be detected visually much faster, but not instantly, so there is some cushion there.

Finally, while in a hunted state, enemies are.. Well.. Hunting for you. If they are seeking you out based on a noise they heard or a missed shot, they’ll start moving in that direction, call in reinforcements to the area, and maybe even drop some mortars on your head. Otherwise they’ll typically just take cover and be extra cautious looking for you.

The final state – engaged – is the “no reason to be quiet now” state. When engaged enemies know where you are, and they are actively trying to kill you. This state is triggered by direct visual detection only.

After enough time has passed without visual or auditory confirmation of your location enemies will shift back to a hunting state. During that state they’ll move to your last known locations, search the area, and then give up and return to a normal state.

Finally, when you enter each state the game will provide clues as to why that state was entered. You’ll note that my “Engaged” state screenshot above says “Direct Threat” – the enemy sees me as a direct threat to their own existence. You can see another example below.

Final tips for stealth in Wildlands

We’ve covered a lot here, so let’s close it out with a few random notes on stealth in Wildlands.

First off: Wildlands doesn’t have a method of hiding bodies; that was added later in Breakpoint. Wildlands, instead, has a unique bug to help boost performance.. If you take someone out, turn away from the corpse, and turn back, the body will be gone. It doesn’t matter if their gun and a giant bloodstain is still there, enemies won’t notice it.

Next, I just want to note that stats lie on weapons. Do NOT trust the noise stats on them as any sort of realistic guide. I suggest you take your weapons out and test them yourselves. For example, a sniper rifle with a suppressor could be heard anywhere from 15m to 25m, and unsuppressed is typically in the 200m range. A pistol, however, is much quieter.

Finally, if you enter a hunted or engaged state you have a very, VERY brief amount of time to eliminate the target(s) that got triggered by it before they alert the rest of the enemies in the area. Take advantage of this!