Another DLC rifle.. that may be just slightly OP 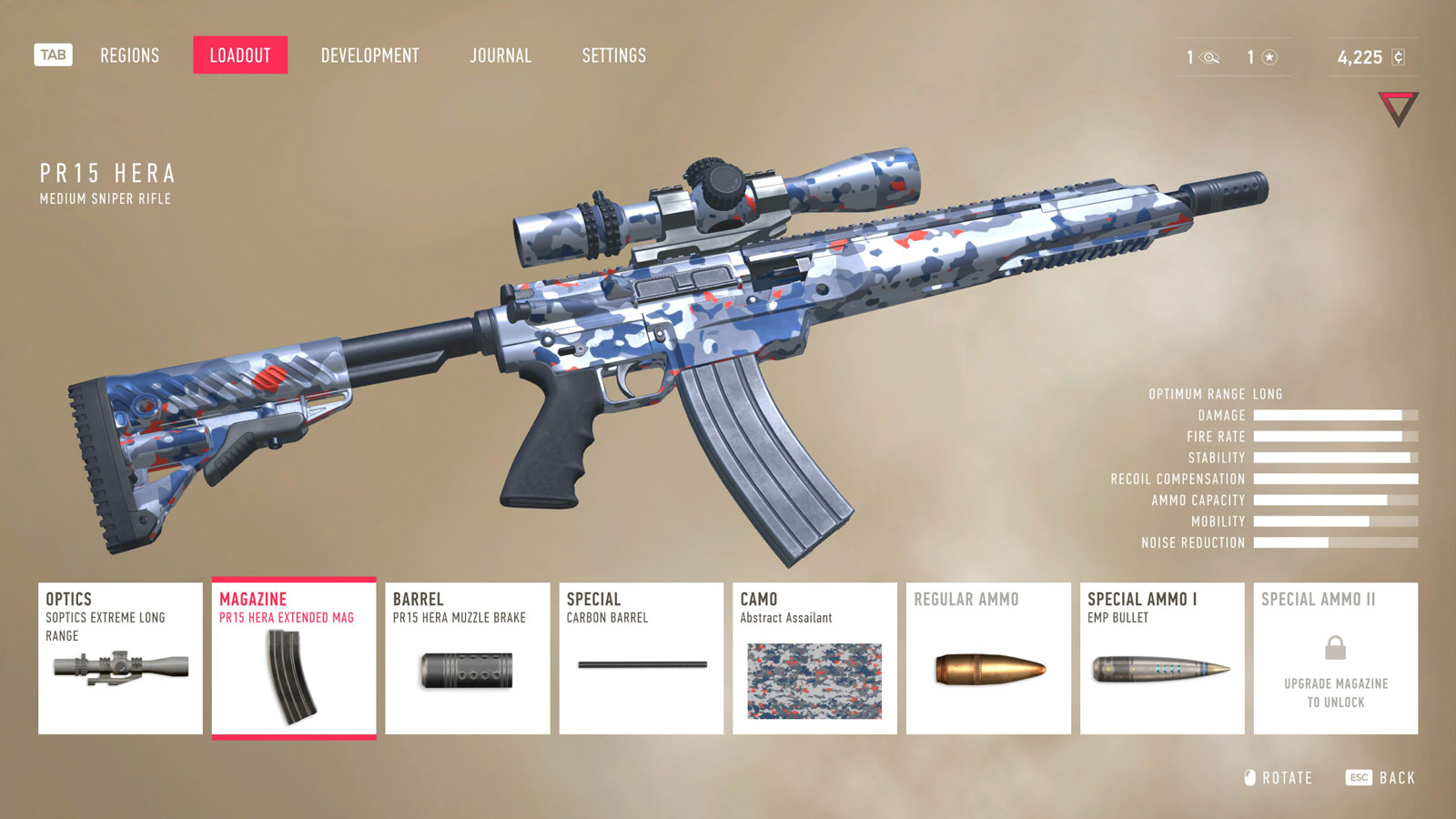 The PR15 Hera is a unique medium rifle that is also part of a paid DLC. It’s one of the few semi-auto rifles available in the game, and has really strong stats to go with the rate of fire. Let’s take a deeper look.

The PR15 Hera has exceptionally high stats except for only slightly above-average mobility and a low noise reduction (due to the fact that it can’t equip a suppressor). Damage, here, is especially interesting: This is one of the highest-damage medium rifles in the game. It is important to note, however, that while it may have high damage, it doesn’t have the penetration capabilities of a heavy rifle, so you’ll still need to toss a few rounds down-range in order to take down heavy targets.

Special ammo for the PR15 Hera is limited to tagging, luring and EMP.

Special: Just a single choice here, and that is a carbon barrel. This barrel will boost stability, recoil compensation and mobility, so grab it ASAP.

Barrel: You’ve only got one option here, and that’s just a standard muzzle brake. You might as well grab it, though, given that it reduces (the already low) recoil.

Magazine: Like all the rifles I’ve tested thus far, you’re relegated to either higher magazine capacity or an additional magazine for special ammo. In this case, you’ll probably want to use the extended mag; EMP ammo will be the only special you consistently need, and the additional ammo will help if you are choosing this rifle for it’s quick rate of fire for follow-up shots.

General thoughts on the PR15 Hera in SGW Contracts 2

As far as DLC rifles go, the PR15 Hera fits into an interesting niche in that it’s almost a pay-to-win rifle for long range contracts. With it’s high damage in the medium rifle class and insanely good stats aside from noise reduction, this rifle can handle putting a lot of rounds down-range if you’re not a great shot and need to quickly correct for a miss.

The only real negatives are the fact that it can’t equip a suppressor and that it doesn’t support AP or explosive ammunition.