AC Origins is the best modern AC game: Fight me about it. 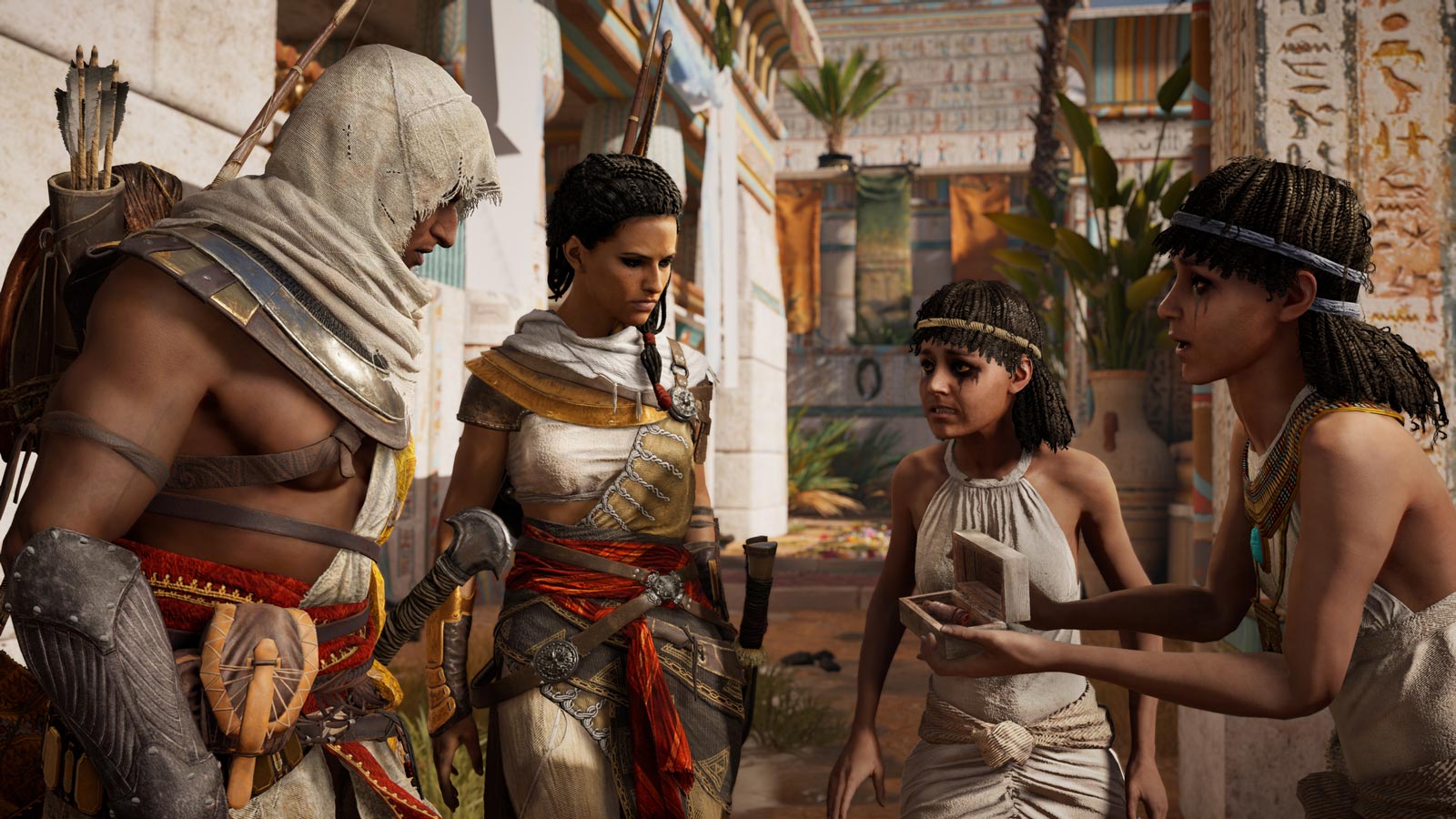 The Assassin’s Creed series has more ups and downs than Star Trek films (and don’t get me started on the latest ones). While each has sold relatively well, there are many that just haven’t been able to meet gamers’ expectations, especially for fans of the series.

When Assassin’s Creed went fully open-world RPG with Origins, there was a lot of pushback. Ubisoft has been taking some.. Liberties.. with the franchises they own, and many of them have deviated quite a bit from their origins.

I myself am a big fan of open world games. I love being able to explore and do whatever I feel like in a game. When the AC series went open world, I decided to hop back in to the role of an assassin and see if I couldn’t enjoy it more than previous releases.

Sure, Unity (after being fixed) is still widely considered to be the best overall AC game, but if you’re like me, you are a graphics snob as well as someone who appreciates more modern considerations for accessibility and controls (both of which make Unity show their age in my opinion).

When we focus on just the 3 most recent major AC releases, Origins takes the title with me as the best Assassin’s Creed game.

Why is AC Origins the best modern AC?

First, and most importantly: AC Origins was the last release where you could do just about everything – aside from a handful of quests – as a stealthy assassin.

Odyssey had it’s forced battles, and Valhalla absolutely requires you to call in your fellow Vikings to complete raids, which are a critical aspect of the game. Valhalla’s town and castle design, in particular, suffers from a lack of proper layout allowing for fully stealthy approaches in most cases unless you’re really, really patient (and willing to perhaps game the AI a bit).

AC Origins also managed to encourage the stealthy approach still, and even has a proper introduction to the Assassin’s Blade that just feels “right”.

Odyssey didn’t even have the blade, and Valhalla just outright gives it to you with little fanfare.

AC Origins and Odyssey both had skill trees that, while allowing you to pursue more brutish forms of combat, still gave stealthy players a real option.

Valhalla, on the other hand, almost became a clone of Skyrim with it’s skill system, and has exceedingly little choice as far as investment goes in assassination skills.

Finally, AC Origins kept the gear upgrade system relatively light: All you had to worry about was ensuring your weapons, shield, and blade/quiver/bow damage were up-to-snuff, so you weren’t constantly grinding for materials and cash.

Odyssey ended up adding the same to your attire (where late-game in the 70s meant you spent most of your time grinding to keep your gear as powerful as you were) and ship, and then Valhalla switched it up even further, making a grind to clear areas an absolute requirement to progress in the form of raids.

It’s not all sunshine and roses, however: There is still some minor quirks, and the graphics aren’t quite as good as Valhalla, but overall, the game is much stronger as an AC release than Odyssey or Valhalla.

Replaying AC Origins has been a cathartic experience for me, and now that it has been out for a significant amount of time, I can also enjoy it without all the performance issues common to Ubisoft open world games on PC.