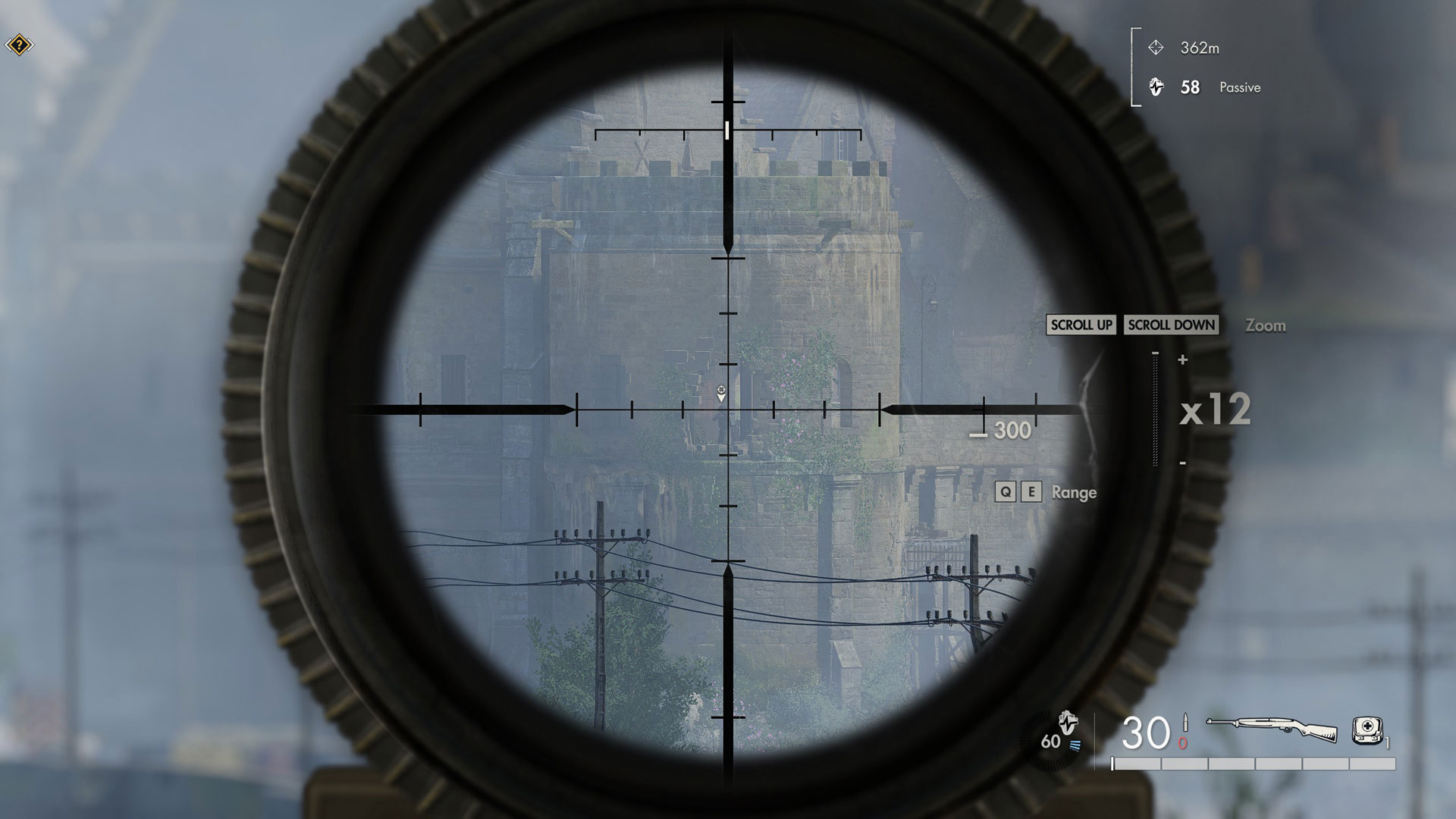 Now that I’ve gotten every single weapon and unlocked every weapon workbench in Sniper Elite 5, it falls upon me to start doing some really in-depth testing in order to produce my rifle reviews.

One bit of testing I wanted to get out of the way tonight was this: Does muzzle velocity matter in Sniper Elite 5? Let’s dive into the details!

First off: My established rifle range is the Spy Academy. Why? It provides both 200m & 400m+ targets right from the very start, speeding up the process of actually testing everything.

Additionally, all testing was done at Authentic difficulty: If you have bullet drop and wind turned off, the muzzle velocity stat will only matter for one singular aspect.

Initially I started my testing with a variety of rifles, but for this specific guide we’re going to focus on just one: The M1A Carbine. I chose this one because it, by default, has the lowest muzzle velocity in the game.

I equipped it with both the greatest-boosting and the greatest-reducing muzzle velocity parts (muzzle device, barrel and receiver). You can see the full stats for that below (click to enlarge).

As you can see, the highest muzzle velocity is double what the lowest is. Let’s get to the results and what this means next.

The impact of muzzle velocity in Sniper Elite 5

For those of you who are more visually-oriented, here’s a really simple visual comparison between low & high muzzle velocity:

As you can see, the bullet drop is much more dramatic for the low muzzle velocity version of the M1A Carbine.. You have to compensate more than twice as much for bullet drop here. Windage is also heavily impacted, requiring the same amount of compensation (although I didn’t show that in the above screenshots).

All that only matters if you have bullet drop & wind enabled in the difficulty settings, but there is one thing that matters on EVERY difficulty, and what you may not be considering is what muzzle velocity as a number actually IS.

Muzzle velocity in Sniper Elite 5 is measured in meters per second; that means with 417 m/s muzzle velocity it’ll take a full second to reach a target 417 meters away.

(Fun aside: My preferred 22LR “plinking” round has about 384 m/s muzzle velocity)

That may not seem like a big deal, but a lot can happen in one second. A target that was stationary at the pull of the trigger may duck, or even start walking away, and would no longer be in the same spot they were previously. Even more important is that typically, with reduced muzzle velocity comes reduced damage (although the two stats are independent in some ways).

So, if you plan on taking long-range shots, keep your muzzle velocity in mind. Even a 300-meter-distant target can shift just enough to turn a kill-shot into a wound, or even a complete miss, if you don’t have the muzzle velocity to reach it in time.

We’ll be doing more deep-dives into the rifles and ballistics of Sniper Elite 5, so check back soon!