The quietest medium sniper rifle has a lot going for it 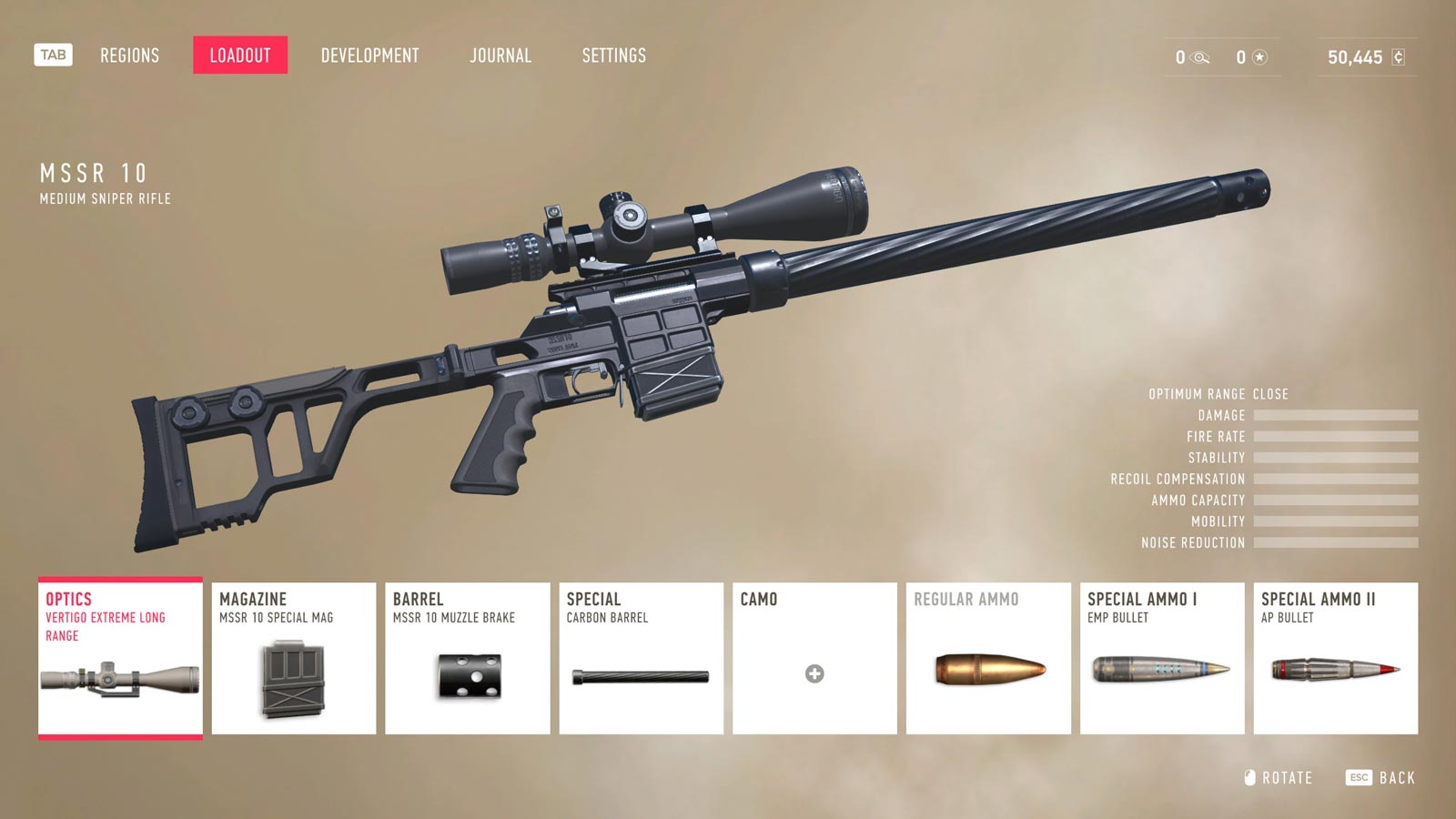 The MSSR 10 is an integrally-suppressed medium sniper rifle, and is exceptionally popular. It’s also among the most costly in regards to intel tokens, requiring 12 in order to be purchased on top of it’s 200k credit cost. Let’s break it down here.

The MSSR 10 has fair damage, an average fire rate, decent stability & ammo capacity and fair mobility. Where this rifle really shines, however, is it’s recoil and noise reduction. The detection range of the MSSR 10 is approximately 7 meters: That means you can be fairly close to your foes when firing off rounds and won’t be heard.

On top of that, you get what I consider to be 2 of the most important special ammo types available for non-heavy rifles: EMP and Armor Piercing, both of which are extremely useful in almost every contract. Luring rounds out a 3rd type, which isn’t a bad option either if you want to get enemies to cluster up near explosives or the like.

Special: With the MSSR 10 you have the option to add a carbon barrel, which boost stability, recoil compensation and mobility.

Barrel: The MSSR 10 just gets an option muzzle brake, which helps with recoil management.

Magazine: Nothing special here; you get the standard, extended, and special mags. I will almost always recommend utilizing the special mags in this case, just to ensure you have a lot of versatility.

The MSSR is fairly run-of-the-mill when it comes to damage, but realistically you’ll need to rely on headshots in almost all cases unless you’re rocking a heavy rifle. A body shot on an enemy not wearing a molle-harness (which presumably also acts as a plate carrier) can be a 1-hit kill, but remember that penetration is pretty much non-existent with anything besides a heavy rifle unless you utilize AP rounds.

General Thoughts: Is the MSSR 10 the best sniper rifle in Ghost Warrior Contracts 2?

With it’s high intel token cost and average damage, the MSSR 10 is a rifle that you most likely won’t be grabbing until later in the game, where it’s usefulness will be limited. It’ll most likely be your go-to rifle for replaying contracts when you’re attempting to maximize stealth, especially in the case of classic contracts. Unfortunately, since this is a medium rifle, you won’t be able to equip a canted sight, so closer-range engagements are probably better saved for your pistol, bow or crossbow (or throwing knives). However, if you want to take out a sniper and there are patrols nearby, this is definitely a good choice given you’ve got to be within 7m for it to be heard by a foe. Just make sure to go for headshots or utilize AP ammo.