Get these skills for stealth early in AC Valhalla 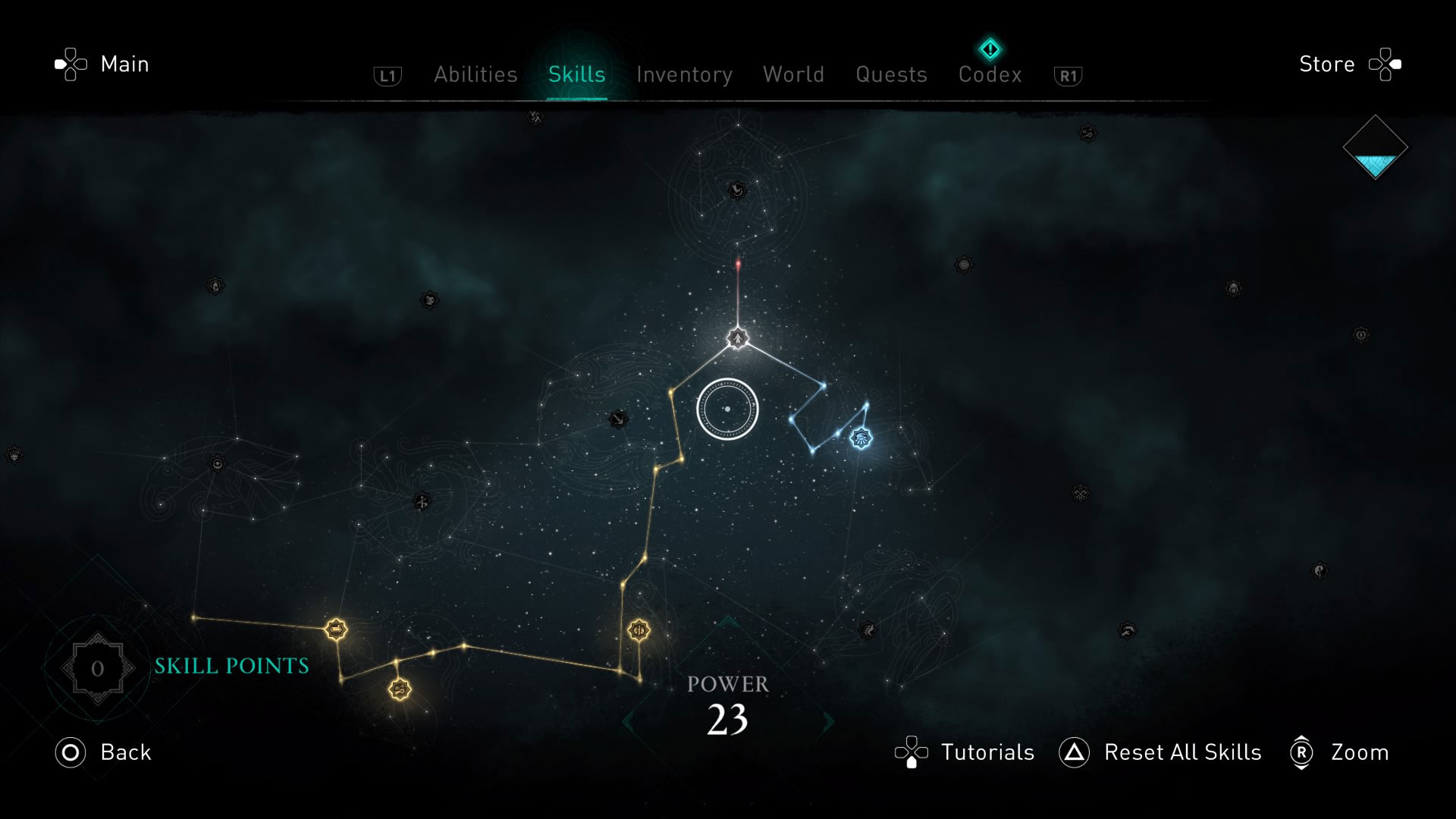 AC Valhalla’s skill tree takes a page from Skyrim, but in this case, you’re looking at one giant tree (plus free skill reset). What are the best skill for stealth in AC Valhalla? What skills are best overall? Let’s break it down here. Note that you’ll be able to get every skill easily in the game, so don’t feel like you have to pick and choose just a few.

The skills listed here are what you’ll want to grab if you prefer a stealthy playstyle as soon as possible. Many of these are under the Raven tree and Wolf tree, and some were added later. Note that the DLC isn’t required for the skills added in later patches, but you should still pick up the DLC just for abilities and items (Wrath of the Druids added the best armor for stealth in AC Valhalla, and there are some great stealth abilities in AC Valhalla that were added in both Wrath of the Druids and Siege of Paris).

If you play with always assassinate disabled in AC Valhalla (which you should since it makes stealthy play more challenging in a good way), you’ll need Advanced Assassination. This makes it so you can play a minigame to assassinate higher-level foes that you otherwise wouldn’t be able to assassinate with the hidden blade.

Chain Assassination is somewhat limited in AC Valhalla compared to previous titles; you’ll only be able to chain 1 additional kill, but in most cases that’s all you’ll need. This ends up letting you throw an axe and take out another foe after a successful assasination, assuming the foe isn’t too close. If you need a 3rd, be sure to grab the Feign Death ability.

Stealth Recon is a definite must-have skill; since marking enemies has changed from previous titles (you won’t automatically mark enemies when you spot them), this allows you to have better situational awareness when clearing a camp stealthily.

Emergency Aim, when combined with a predator bow, can essentially give you a 3rd chain assassination assuming your ranged damage is high. Don’t neglect this!

Raven’s Loot, added later, is an absolute game-changer. AC Valhalla relies on archery to flesh out stealthy playstyles, and given the limited arrow capacity for predator bows (you are using the best bow available for stealth in AC Valhalla, aren’t you?), this combined with the next skill will ensure you always have arrows available.

Combined with Raven’s Loot, this ensures you’ll always get your arrows back after taking someone down with a bow. Grab it and snipe away.

Again, keep your arrows stocked: Take out an archer first if you’re low on arrows and you’ll get a couple extra with the Raven’s Loot.


Other skills you should get early on in AC Valhalla

These skills, while not directly related to stealth, will help you handle the few situations where you aren’t just quietly eliminating your foes from the shadows.

Knocking someone down while in combat is something that’ll happen a lot once you’ve unlocked a few more skills here, and this is essentially a free way to take most of them out, or at least take out a solid chunk of their health bar.

Abilities are important, and maintaining full adrenaline can be a challenge in some bigger fights. Keep that adrenaline full with this, and the next skill.

This skill allows you to continuously gain adrenaline while in conflict, which means you can be a little more cautious while fighting tough enemies.

The more adrenaline you have, the more damage you’ll do overall. Don’t skip this one.

If you are out of adrenaline, this will ensure you’ve got at least one slot filled when combat starts.

This allows you to regenerate lost health passively, rather than wasting rations to heal.

Combined with Idrunn’s Heart, you can jump from almost any height and not have to worry about regaining health (although some larger falls will still instant-kill you).

This makes dodge even more useful in that a successful dodge at the right time slows time, allowing you to get into a solid position to do even more damage with the next skill..

Stagger and get a damage boost when you hit someone from behind. Simple, effective and deadly.

You’ll get hurt occasionally: Get that lost health back with melee attacks if you’re quick about it.

Send back ANY ranged attack at your foe. Seriously, don’t discount this one in a large fight or when dealing with a pesky archer.

I love this one when stealth fails.. Keep enemies back by tossing their dead buddies’ weapons at them.

There are a few skills that are honestly so bad they make the game worse, and you should skip them until you’ve got literally every other item in the tree if at all possible.

Seriously.. If they are already unaware, you should be using your hidden blade. Just because this will give you more adrenaline doesn’t mean it’s worth it, especially if you’ve got the other adrenaline-boosting skills.

Not only does this do practically no worthwhile damage, it also ends up blocking your Odin’s sight ability if you’re on top of a corpse. Seriously, skip this one.

This will interrupt Brush with Death, and Master Counter Roll’s hidden blade stab doesn’t do near enough damage to justify it. Skip these.