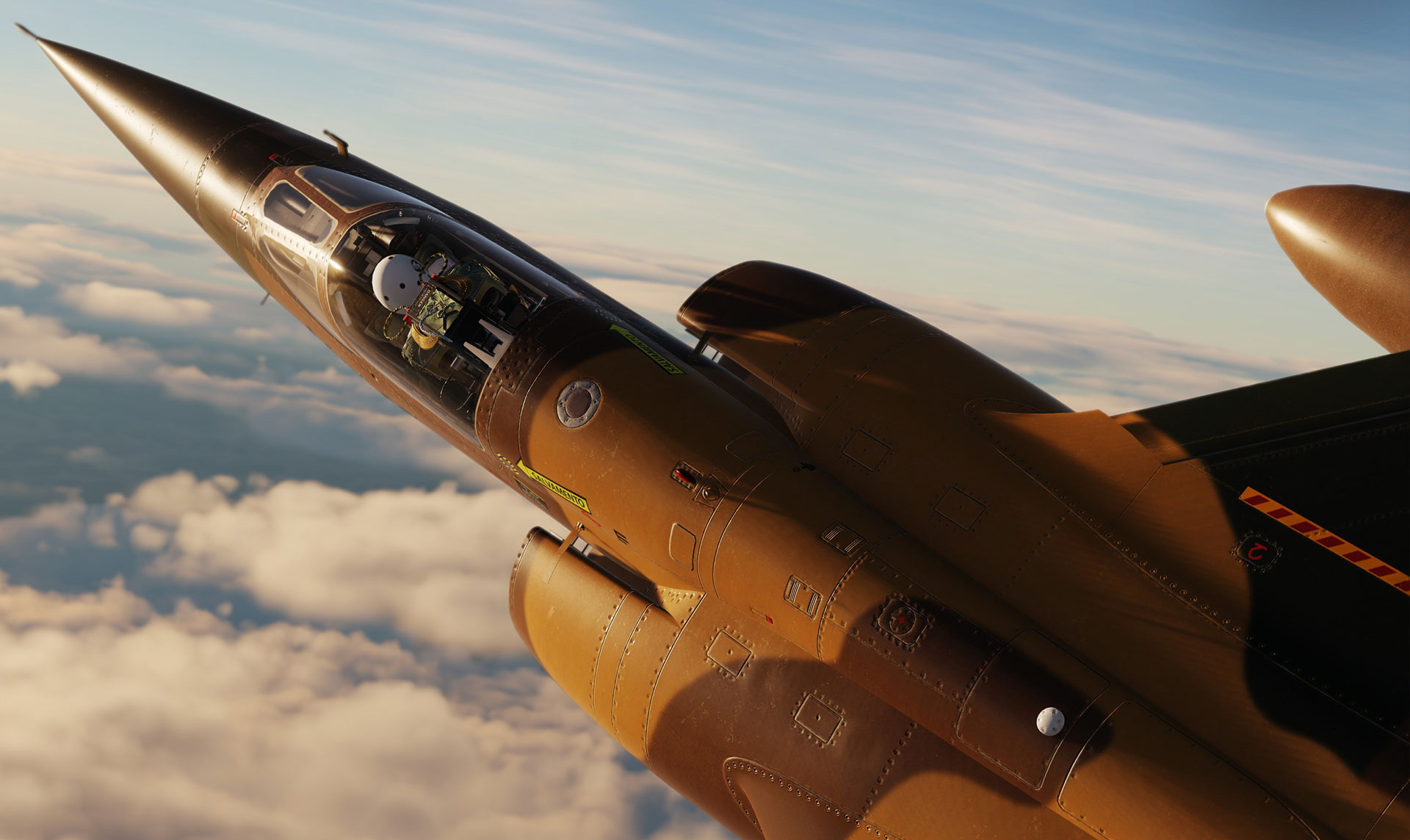 As a kid born with a lemon of a body, I’ve had to find a lot of my own fun. Gaming, when it could be afforded, was fantastic.

My first flight “sim” was Top Gun for the Nintendo. After that? I played Chuck Yaeger’s Advanced Flight Simulator, Corncob 3D, Aces of the Pacific, MS Flight Simulator (the original) and a handful of game demos (A-10 Cuba, Novalogic’s F22 Lightning and Commanche 3 in particular stick out).

My first flight stick was a Microsoft Sidewinder 3D Pro (if I remember correctly; I turn 40 this year, so.. yeah). I would browse through magazines and gaze longingly at the ads for Thrustmaster flight sticks and throttles, which seemed absolutely impossible to get for someone of limited means like me.

Eventually, my passion for sims waned; I just couldn’t afford the hardware to run them like I wanted anymore, and my Sidewinder died, which killed my immersion.

I have flirted with sim games since then. I had a good stint in Elite Dangerous, and even messed around in DCS Black Shark (the original). Star Citizen, of course, occupies a good chunk of my energy, but while I wait for the 3.18 wipe to happen, I started thinking about how I was going to start covering more sim games for GGN.

Back in my day, you could get by with a lot just because PC hardware was limited, and good flight control systems were much too expensive. You had to simplify things in order to make them playable for most people.

Oh, how things have changed.

Now getting a usable HOTAS (Hands On Throttle And Stick) setup is pretty affordable; even rudder pedals, relegated to only the most enthusiastic (and rich) sim gamers in the past, are attainable.

Of course, the niche market only answered with a “hold my beer”: For the price I paid for my Thrustmaster T16000M FCS (HOTAS + rudder pedals) setup a single VKB Controller stick (considered the “high-end budget” option) can be had.

Head tracking or VR are almost entirely required; If you want to be able to see everything in your fully functional cockpit, you need to be able to look at it without taking your hands off the controls.

Oh, did I forget to mention that there are a variety of sims so detailed that you can literally read the manual for the real plane/helicopter and use it as a desk reference for the game? Yeah, because that’s a thing.

I’m going to be going the TrackIR route for head tracking soon; I want it for Star Citizen, and I NEED it for my next sim purchase (I’m going the nostalgia route and picking up the A10C module for DCS).

So, the more things change, the more they stay the same. Entry-level sim games really are accessible, but if you want to get into the hobby of sim gaming, you’re going to need to spend some money.. Just like it was over 30 years ago.