Understanding what Elden Ring is ends up being easy when you compare it to something.. 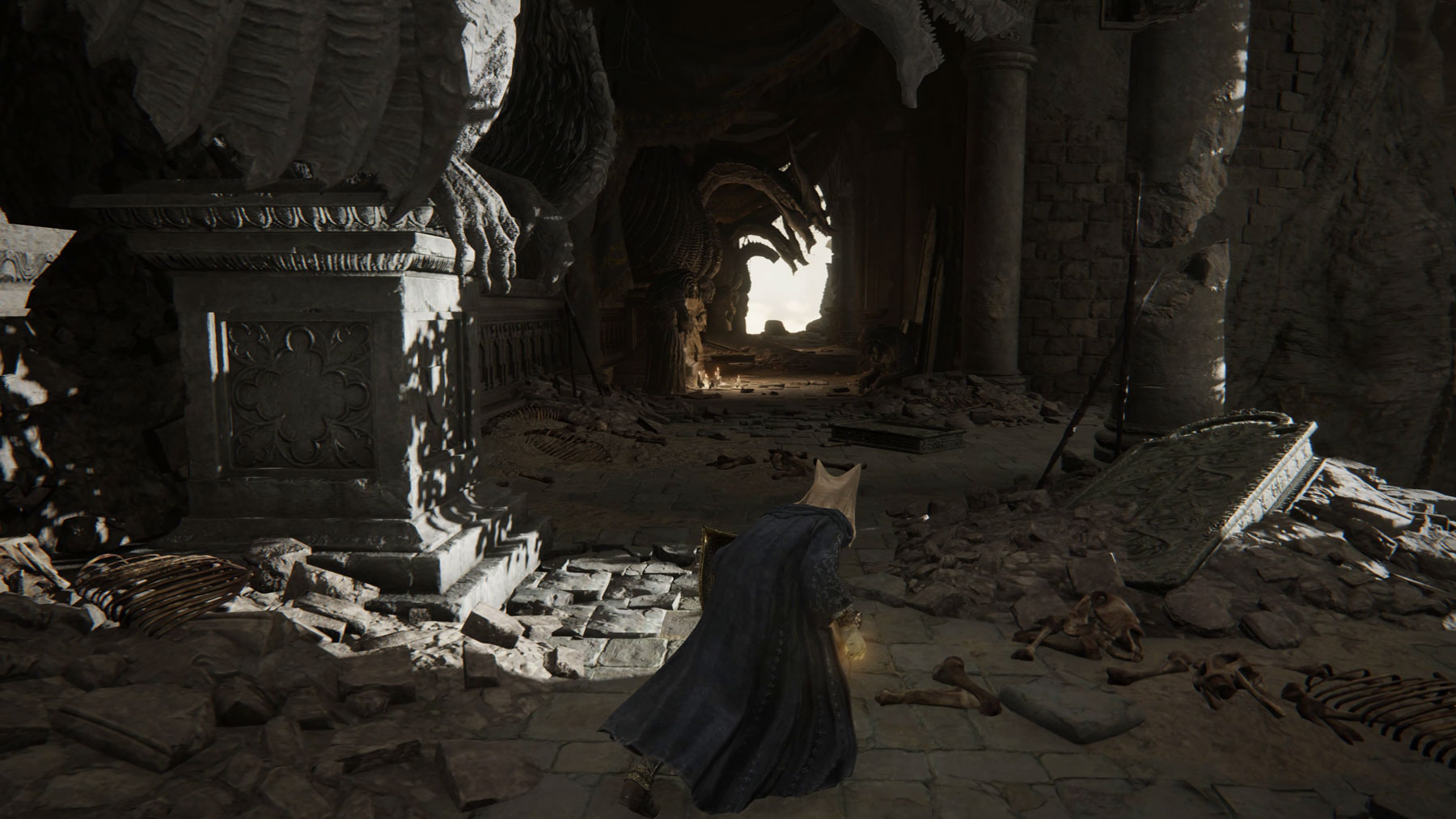 Elden Ring – and really any From Soft game – is a lot like Linux.

Before everybody gets into the comments to start flaming me for perceiving that as an insult, let me clarify something: I love Linux. I daily-drive it for my development work. I’ve been using Linux since the 90s.

However, like Linux, there needs to be a big asterisk here when you talk about the magic that is Elden Ring.

With that out of the way, let’s dig in and talk about what Elden Ring is really like.

Elden Ring/Linux: As easy (or as hard) as you want (for the most part)

If you’ve tried more than one or two Linux distros, you’ll know that some are easier to use than others. The same can be said for playing Elden Ring; Wretch builds rushing to take on Stormveil Castle are like Gentoo or Arch distros.. You’ve got to get some knowledge in you and have some skill in order to succeed.

On the other hand, you can take your time, explore the world, and build up your gear and character easily before you even touch your first major boss. You can hit multiple areas to power level yourself up into the triple digits, even, should you so choose. That’s what makes Elden Ring more accessible: Sure, it’ll take more time, and you may not get the “full experience”, as others may claim, but you’re still getting to enjoy the world that From Soft has created.. Mostly.

The fact that the game doesn’t have any pay-to-win, let alone microtransactions period, is another important aspect of games that seems to be rare, but it is incredibly heartening to see when they aren’t present.

Hell, there wasn’t even a pre-order gear bonus with Elden Ring, so everybody starts off on the same footing.

Elden Ring/Linux: Your assumption of how things work is wrong.

While someone coming from Mac OS or Windows may be able to find a distro that operates in a similar fashion to their preferred experience, it’s still Linux under the hood.. Perceived quirks and all.

Elden Ring and other From Soft games are known for not holding your hand. If you’ve come from any other From Soft game, you’ll be ready to try things repeatedly to see what works and what doesn’t. You’ll be familiar with core strategies and combat mechanics. You may even be comfortable with the user-experience of these games, knowing that you’ll want to chat with other players to see if there’s anything important you’ve missed.

Hell, I myself still haven’t bothered doing whatever it is I need to do to make great runes useful. Instead, they just clog up my inventory.

A new player, however, won’t come in with that previous experience. They won’t realize that a jump attack is a good idea, or that dodge rolling can make you briefly invincible, so rolling INTO an attack can be a better strategy in some cases.

Oh, and that boss? Yeah, you’re doing it wrong.

I can’t tell you how many times I’ve banged my head against a wall wondering why I suck so bad, only to realize.. Wow, I’m missing something really critical here that’ll make my life a whole lot easier.. And when you discover those little tricks? It’s like you’ve been holding your breath the entire time, and can finally exhale, leading us to the final point here..

It may seem like a lot of what was said here can be taken as a negative, but it’s not. That sensation you get after actually investing in learning how to play, and succeeding at a really hard boss?

I had a lot of pride when I finally figured out how to use Linux as a kid, and Elden Ring is no different: Once you finally get past the hump, you then start to embrace how the game works and you realize you’ve been having fun the whole time.. Hopefully.

Next thing you know, you’re looking for the next boss fight, dying and accepting it just trying to find the best way to bring them down.

Dopamine is flowing, my friends, and what’s even better.. Elden Ring is more accessible for people who ordinarily can’t tackle ultra-hard games due to disability, like me. All I have to do is take things a little slower between bosses and level myself up a bit beyond what the average souls player is doing and I get that dopamine too..

Including experiencing this wild, wonderful world that From Soft has created.

Dark Souls worlds don’t just feed you the happy chemicals from success: Elden Ring and other From Soft games have fantastical worlds that beg to be studied, lore demanding research, and more. There is a haunting beauty here: So, so much disturbing, yet wondrous beauty.

Elden Ring, like Linux, requires a bit more time invested in it in order to truly grasp it.. But it’s more like Ubuntu, rather than Slackware. You really can just jump in here and experience the world.

It should also, finally, be noted that Elden Ring, like Linux, is far from technically perfect. There are bugs. There are bad decisions in the user experience design. There is a distinct lack of developer-provided full documentation.

However, despite all that, Elden Ring, like Linux, is a seriously viable choice for many.. Just not all. Not yet, at least.

Elden Ring is able to reach so much more than previous souls-likes, but it is still a souls-like: There will always be those who don’t – or can’t – appreciate the philosophy behind the game for a variety of justifiable reasons. Just the fact that it has become more accessible, however, is a good thing for everybody. The more people who play Elden Ring, the more that can be invested in From Soft making great games.

Oh, and all those people claiming making the game more accessible ruined their experience?