If I can beat Elden Ring, so can you (probably).

I'm here to celebrate my success, as well as yours in the future. 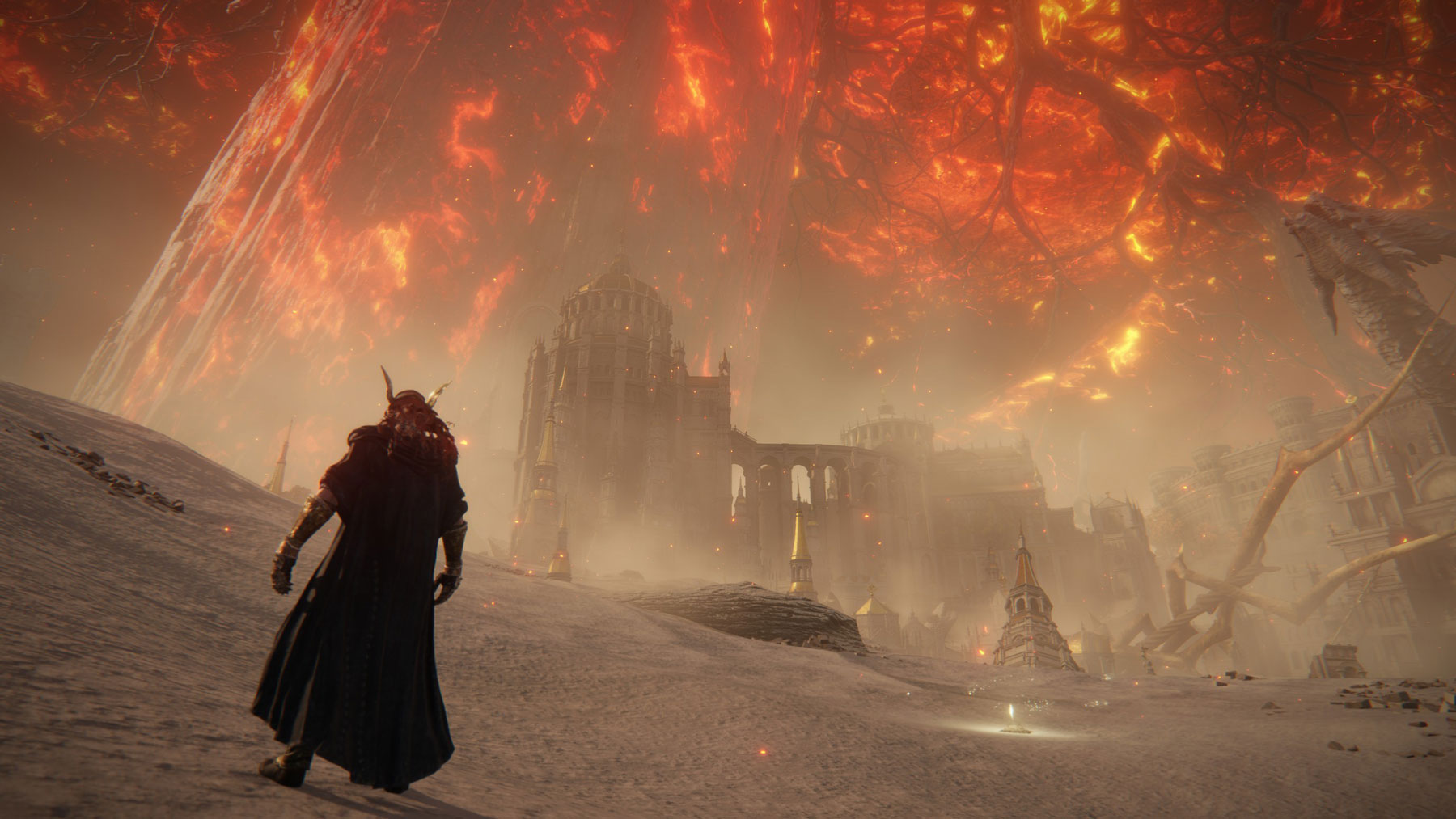 Just a warning: I’m sprinkling my favorite screenshots from various cutscenes during the end-game of Elden Ring. They don’t really “spoil” anything unless you decide to do some research yourself, but fair warning. It’ll be hard to avoid spoilers at this point anyway.

If you had told me a year or two ago that I’d not only put 100 hours into a From Software game, but also BEAT it, I’d laugh in your face and ask you if you planned to force Dilaudid down my throat. You see, I suffer from severe chronic pain that literally never ends. The only time I’ve been pain free was when I went to the ER for a kidney stone – Which was only a little worse than my worst pain days – and they gave me that (which is more potent than morphine).

The cause of my pain (severe arthritis everywhere) also limits my general dexterity and ability to react quickly.

This makes Souls-likes next to an impossible proposition for me.. Until now.

Anyway, it took me about 100 hours to beat the game, with a liberal dose of exploring, side-questing and hunting down various things that I’d need in order to cover as part of game guides. This included multiple optional bosses, a few of which were harder than the actual end-game bosses (Malenia, Blade of Miquella is ROUGH).

Well, I had faith (badump-crash). Actually, I respec’d into a faith/arcane build and was just wrecking so many foes. Dragon incantations (Rotten Breath, anyone?), Swarm of Flies, Pest Threads and more all do some real damage when used properly.

Mimic Tear was also my co-pilot, and strategizing with how I summon the Mimic is a fun aspect itself.

Ultimately, I studied, planned, and even researched when I was struggling.. And I still got to enjoy the game.

Now that I’ve beaten it, it’ll be time to start really putting together my guides, exploring NG+ and perhaps starting another build.

I’ve got another game pending review, and I need to get back into “shooter” mode soon for Sniper Elite 5′s release, though, so maybe I’ll just focus on the guides for now.