Thanks to an established modder community for Arma 3, Arma Reforger mods are already here and functional 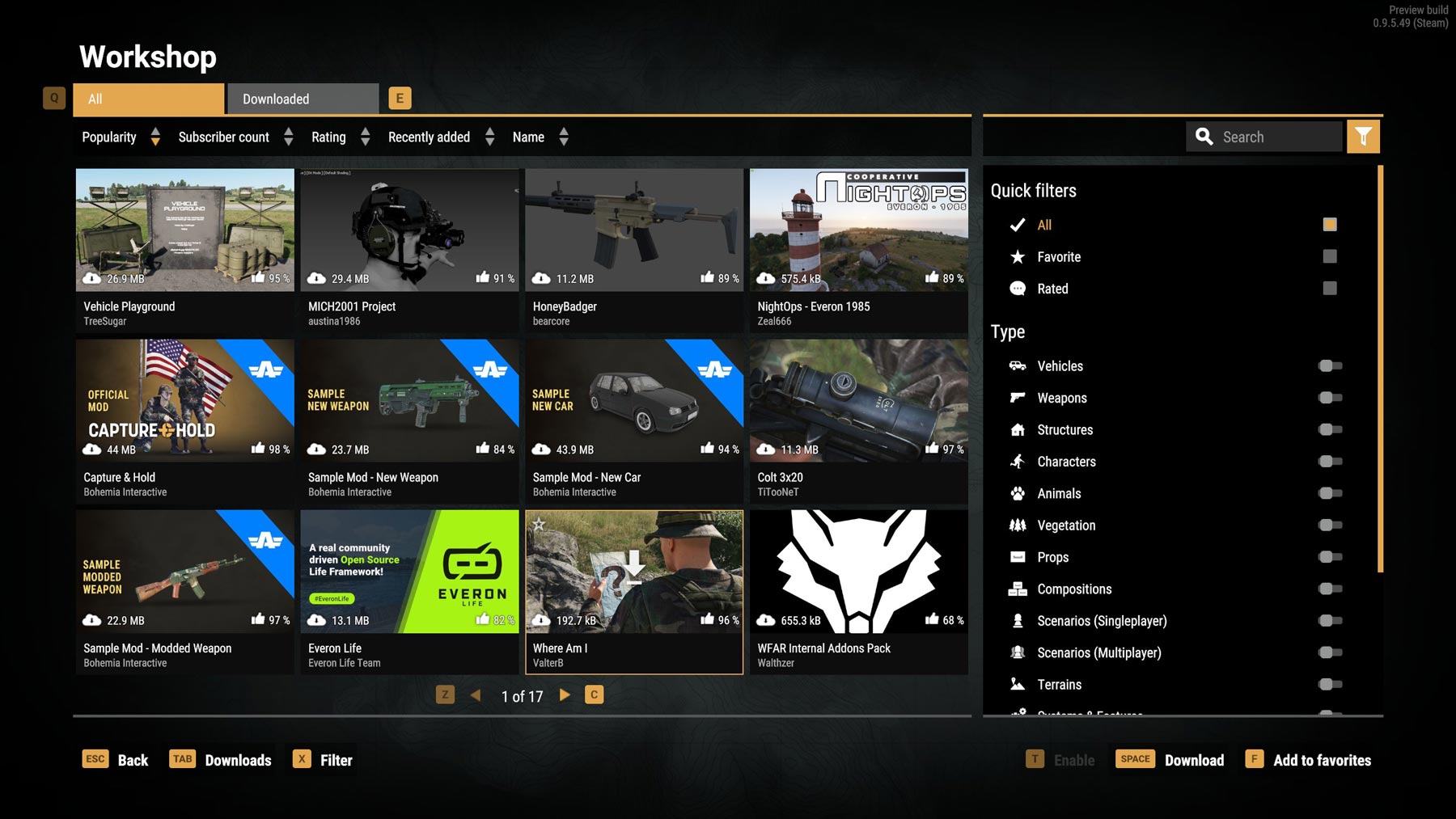 Arma 3 has had a large number of great mods (such as ACE). Arma Reforger, given that it released almost entirely dedicated to modding to help get players ready for Arma 4, is poised to take on Arma 3 as a dedicated platform for mil-sim fans (and modders).

While many mods are currently test mods, there are a number of early scenarios for single player gamers (easily narrowed down thanks to the filtering system), a handful of weapons and gear, and much more.. Plus the usual weird non-immersive stuff, but hey, that’s what mod platforms are for.

I’m genuinely surprised I haven’t seen the Sig MCX Spear in the game yet (for those of you who are unaware, that’s the US Army’s new standard infantry weapons platform), but I have no doubt we’ll see it soon despite the cold-war era setting of the base game and assets.

We’re already seeing some Arma 3 modders begin to transition their projects to Arma Reforger, too. With any luck we’ll see something interesting from the folks behind ACE, too.