This week's black market update has less duds, but not by much 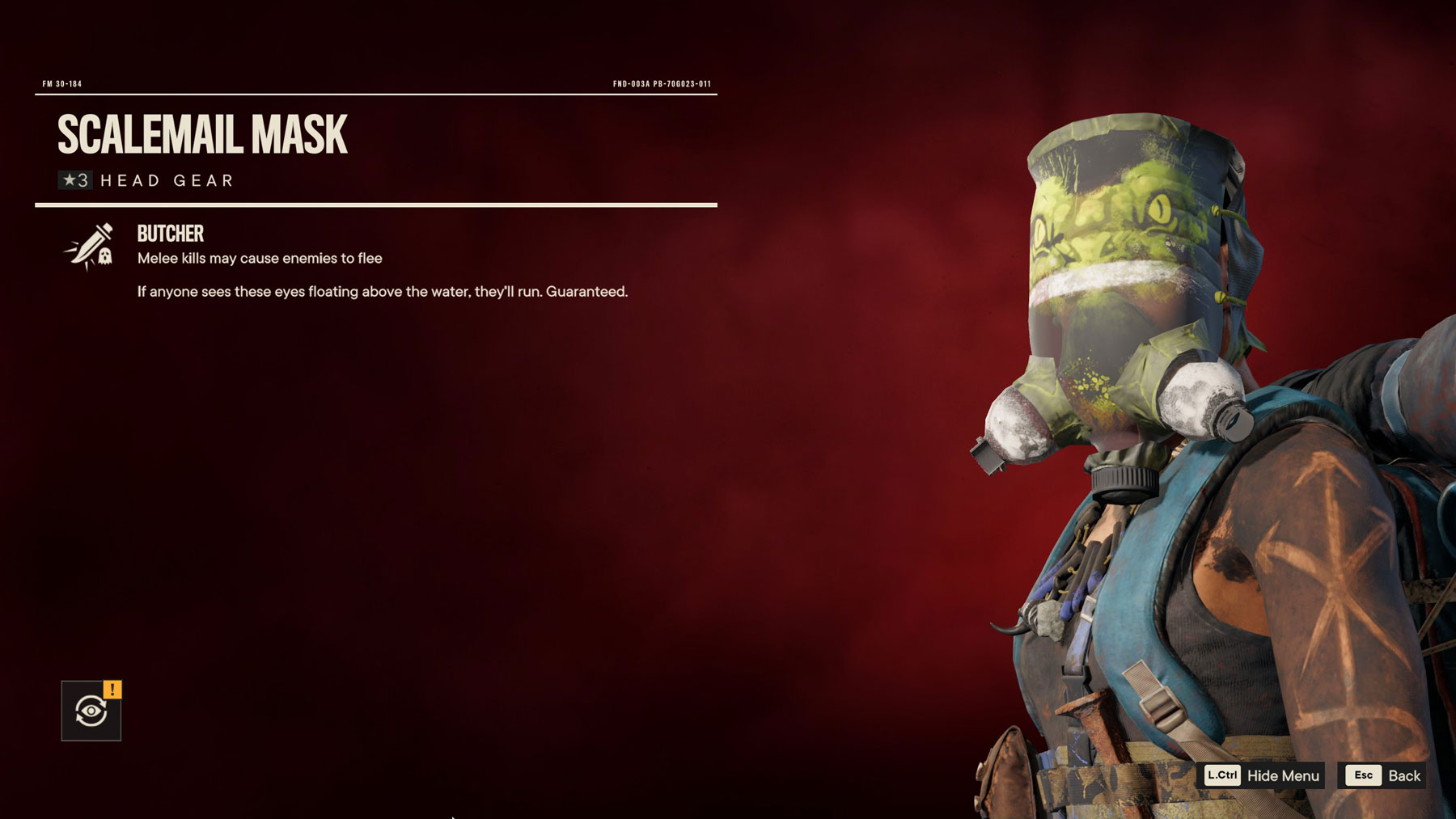 It’s Monday evening (where I’m at), which means it’s time for another Far Cry 6 Black Market update, letting you know what is worth your hard-earned Moneda.

In this case, pickings are slim. Let’s start with the choices, which are admittedly slim depending on your style of stealth play.

Out of all the items added in this update, this one is the most worthwhile in my opinion. The special ability, “Butcher”, has a chance to cause enemies to flee when you kill someone with a melee kill. If you’re using Oluso (which you should be according to my best amigo in Far Cry 6 guide), this could allow you to end up reducing enemies you have to deal with overall when playing stealthily.

It wouldn’t be an Ubisoft game without crossover material, and we’ve got some R6 Siege items this go-round. This beret will tag enemies around you through walls, which can be useful if you don’t feel like carrying tagging grenades (or run out).

Yet another R6 Siege crossover, these pants reduce noise you make when you’ve got your weapon holstered. While movement noise is less of a factor typically depending on your outfit, this may be useful for some, especially if you’re trying to be really, REALLY stealthy.

Finally, these shoes are for the bow fans out there. The special ability here reduces movement noise after killing someone with a bow. While the bow is of limited utility in late-game Far Cry 6, this potentially allows you to clear enemies much more quietly (given that the bow is one of the quietest weapons in the game outside of melee kills).

You may be wondering about the Libertad Custom SSGP-58. Well, wonder no longer (and don’t waste your Moneda): This weapon, like last week’s update, does less damage than it’s standard counterpart even with the overclock mod (in fact, it reduces the utility since you are limited to just one additional mod). Here it is with the overclock mod, compared to the base SSGP-58:

This is.. Disappointing, yet again. Really, all you’re paying for here is a different skin on a more limited weapon. Sure, mods on Overclocked weapons are slightly better than their standard counterparts, but not enough to be worthwhile at all. If Ubisoft added a 3rd mod slot then I would say grab it, but since it doesn’t, don’t bother here.

That’s it for this week’s Black Market update. Come back next week and hope we get some items that are a little more useful!