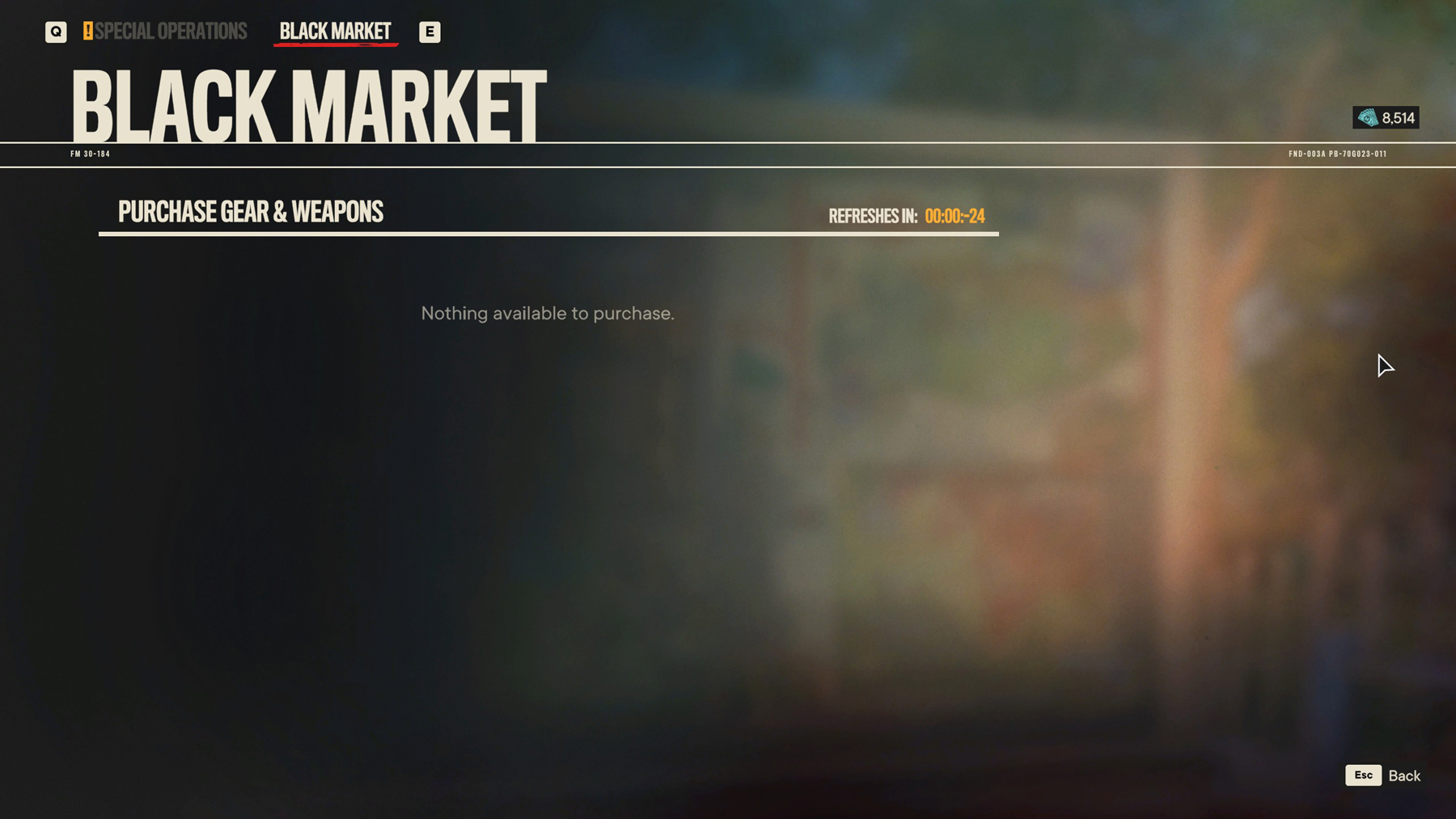 It’s Monday, which means yet another black market update in Far Cry 6.. Except, well, this time, we are greeted with nothing but a bugged countdown.

I waited 10 minutes, reloaded the game multiple times, and still nothing but a bugged negative countdown.

Last week we got a rifle with no name; This week, we get.. Nothing?

I’ll update this post later if we get an update, but if it isn’t fixed within the next 3 hours odds are you’ll be waiting another 24 before I can update this due to other commitments.

UPDATE (8:34PM): Another user was able to get access and apparently there is a Libertad AK47 variant (with no name, of course), but other than that, still no access for me here. Ubisoft Support has advised me to push my save to the cloud and then download it into a new slot, or wait 24 hours. I did the cloud save option, but with no success, so it’ll be another 24 hours until I can get this updated, unfortunately. This issue has been known for some time now, according to a thread on the forums.

As I noted in an earlier update, we’ve got another no-name rifle, and this time it’s an AK.

If you haven’t grabbed any of the past ARs from the update this will be a worthwhile grab until they cycle back: It’s going to perform better than just about any standard rifle in game, and you can see the stats in the screenshot with it optimally equipped for stealth.

These are interesting: They provide the greatest reduction of movement noise (at the cost of defense), so if you really want to maximize that these are a good choice.

Or, if you just want to get the AC crossover items, grab em’.

This is less worthwhile, as the FND beret has the same disguise effect, but.. it’s an AC crossover item, so if you want to reminisce about the days where AC had a bigger focus on stealth than Far Cry 6 (oh, irony), here you go.

That’s it! If you’re looking at this too far in the future, you might want to check and see if I’ve got more recent updates for the FC6 black market here!