Breakpoint Realism Mod – Should you use it?

There is a new way to play Breakpoint in town, but there are some important considerations. 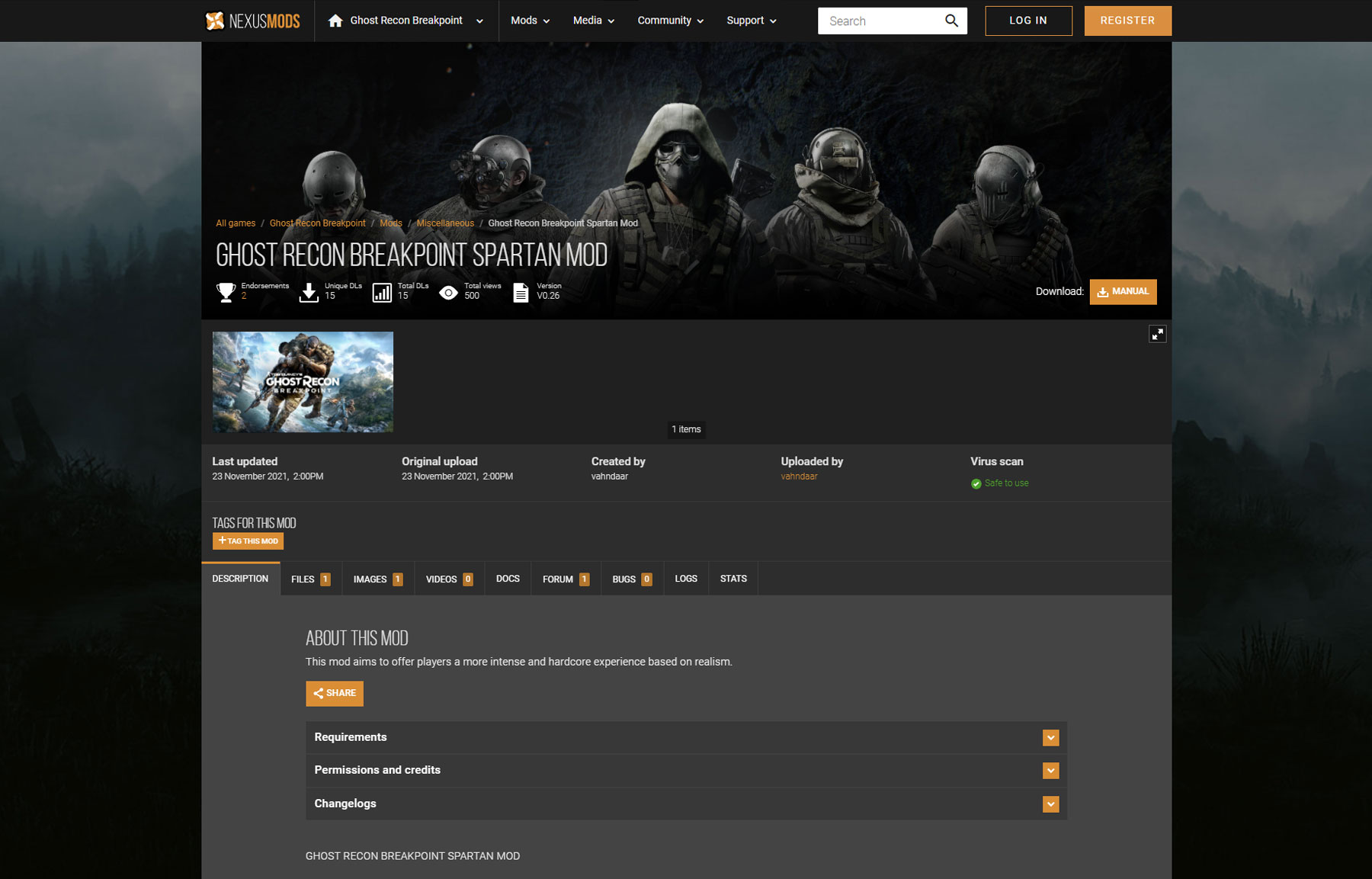 Ghost Recon Breakpoint can be considered “mil-sim light” when attempting to pin it to a sub-genre. While there are ballistics, they aren’t wholly realistic. While there is an injury system, bullet-sponge enemies also exist. You can change up your weaponry’s attachments, but the fact that weapon stats and a gear score system exist make it more of a min-max consideration than anything realistic.

The Spartan Mod for Ghost Recon Breakpoint aims to enhance realism by changing how suppressors work, increasing detection range for enemies during the day, increasing damage and more.

Before we get into the details, just a reminder to like & sub to the GGN channel so we can grow it even further!

At face-value, this mod is exceptionally interesting to me as someone who enjoys a slightly more real tactical experience most of the time.

As someone who has been involved in the gaming industry for a not insignificant amount of time as a mod developer as well as critic, how the mod accomplishes this gives me pause, and it should give you pause, too.

The Spartan Mod utilizes a tool called Cheat Engine: It is exactly what you think it is. Cheat Engine is designed to allow you to change game properties not designed to be changed by the player, and it obviously can affect multiplayer games given that it is functional with Breakpoint. It requires a little bit of work to disable Battle Eye – the anti-cheat software used by Ubisoft – in order to utilize it.

While the mod itself (which is really just a set of instructions for Cheat Engine) mostly makes the game more challenging, rather than easier, it does utilize a method considered to be cheating and impacts a game that is considered multiplayer-first.


While Ubisoft has yet to comment on it as of writing & recording this, I believe we can expect a response at some point that may make gamers reconsider utilizing it. The fact that it was shared on the official Ghost Recon forums managed by Ubisoft, and the discussion has reached 3 pages without a comment from Ubisoft, doesn’t necessarily mean that Ubisoft is giving tacit approval for it.

Cheat Engine being what it is, you can’t expect Ubisoft to allow players to circumvent their cheat protections on an always-online game, regardless of their intentions. There is a risk to utilizing cheat software: It can result in a temporary ban at best, or, at worst, getting your account locked down permanently by Ubisoft.

While I applaud the idea the creator of the Spartan mod has, I hope they are prepared for the potential backlash.. But then again, there might even be a net positive in the long run.

Ubisoft could see these changes and the buzz generated and extend the Ghost Experience settings to include some or all of the changes here. The idea isn’t that strange: Ghost Experience came about from players changing game settings to disable the HUD and playing with single-rifle loadouts and other challenges since Wildlands.

That’s why I’m even sharing this. While I don’t encourage you to utilize Cheat Engine, I DO encourage you to express your interest for the changes present in the Spartan mod. With any luck we’ll see new features in the Ghost Experience parameters in the near future, or perhaps some aspects included within the next Ghost Recon game that isn’t the much-maligned Frontlines.