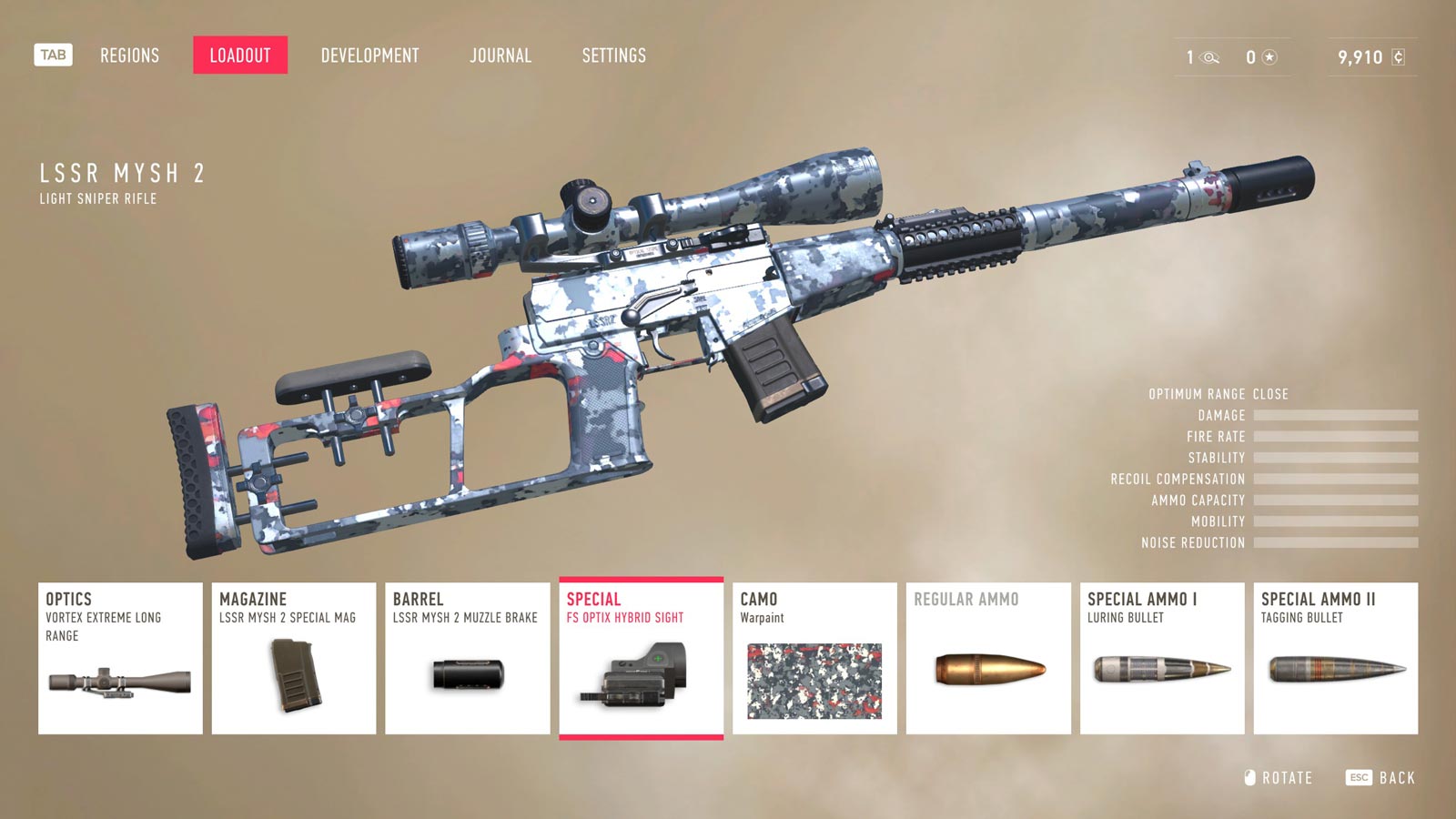 The LSSR Mysh 2 is one of the few semi-automatic sniper rifles in SGW Contracts 2, making it a popular choice. How does it stack up, though? Let’s get into the details.

As a light sniper rifle, you won’t be choosing this one for it’s damage; instead, this rifle’s strength is in it’s fire rate, noise reduction and mobility. The fact that it is semi-auto means you can take quick follow-up shots and make good use of the canted red dot site for closer range engagements. This is important, because no matter the target it’ll take 2 rounds to the body minimum in order to take them down.

Speaking of closer-range, fully upgraded the LSSR Mysh 2 has a detection range of approximately 12 meters; that means you can be fairly close and still not be heard. Optics-wise, it supports a max zoom factor of 24x with the highest-range scope, which isn’t great, but isn’t the worst, either.

Special: The LSSR Mysh 2, like all light sniper rifles, can equip a canted red dot sight for close-range engagement.

Barrel: The only choice you’ve got for barrel attachments is a muzzle break, which slightly reduces mobility and increases recoil compensation significantly (which is important given the fact that it’s semi-auto).

Magazine: Like all the rifles I’ve tested thus far, you’re relegated to either higher magazine capacity or an additional magazine for special ammo. With the limited choices for special ammo, you should definitely choose the higher capacity magazine, given you’ll want to put multiple rounds down-range in succession to take advantage of the semi-auto nature.

Overall, this rifle is fairly well-balanced and suitable for a more “designated marksman” style role (engaging at sub-600m). The limited optics and lack of special ammo choices (no AP rounds here, meaning you won’t be able to take on heavies easily) will keep you from using this 24/7, but if you’re looking to complete some specific challenges or engage in close-range sniping, this rifle will probably suit you well.

I suggest you wait until you’ve completed all the contracts before you grab this rifle, and instead only use it when it will help you complete challenges.