The best support and stealth perks in SGW Contracts 2

Here's the best (and worst) stealth perks in SGW Contracts 2 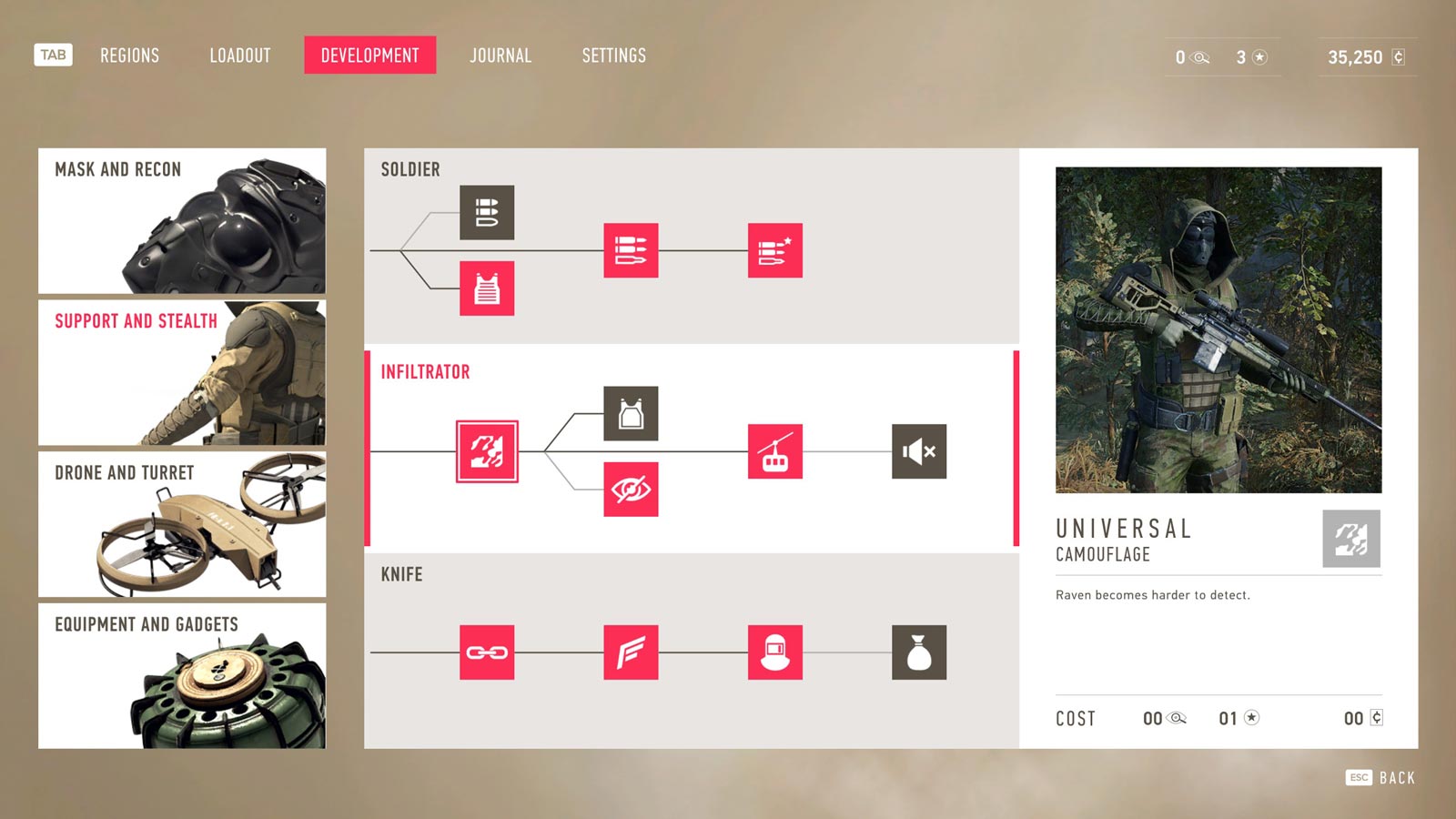 When playing stealthily, the support and stealth perks tree in SGW Contracts 2 is going to be an important and early focus for many players. While not absolutely required to beat the game, many will be needed in order to complete many of the challenges available in the game.

Let’s break them down, starting with the perks you’ll want first!

Support and Stealth perks in SGW Contracts 2: What should you get first?

Universal Camouflage should absolutely be an early-game purchase, just because it will never not be useful. This perk will increase the time it takes for enemies to detect you, giving you more time to stealthily creep around to complete your contracts.

Special ammo is extremely useful, especially after the first contract, where you’ll find yourself wanting to make use of AP (critical to take down heavies with light/medium rifles) or EMP (to disable jammers) rounds. Grab this one ASAP!

Although this perk only applies to arid regions, these are the areas you’ll need a boost to stealth the most. Arid regions have much less cover available, so having a little extra time to move to a good hiding spot is always a good thing.

While it’s cost is high and not something you’ll be able to unlock until later in the game, this one is going to help you significantly when it comes to dashing between cover. It’s one thing to be quiet: It’s a whole ‘nother ball game to be both fast AND quiet.

Other Useful Support and Stealth perks in SGW Contracts 2

Stealth will fail sometimes, and occasionally you’ll even need to break stealth just to complete a challenge quickly. Ceramic plating gives you another 3/4 one-time health boost to help you survive, which is a good thing.

Sometimes you’ll just need a few extra rounds: Especially when you’re trying to clear an entire area of foes. This boosts your ammo capacity significantly, which is going to be crucial for some challenges, or if you’re utilizing one of the few semi-automatic rifles.

This one is one of my favorites when working to complete challenges, allowing you to take even more alternative routes to get around maps. These are incredibly common in classic contracts, so don’t discount the usefulness of it!

What about the other Support & Stealth perks?

While I noted a number of useful perks above, there are some that should only be your focus after you’ve beaten the main game and are just looking to complete some challenges.

Kevlar Suit isn’t necessarily bad, but I never found it necessary after grabbing Ceramic Plating, even when playing on Deadeye difficulty. If you find yourself dying a lot, feel free to grab it (given the low cost), but it’s not going to be as useful on higher difficulties.

Combat Awareness may seem useful, but I’ve only made use of it a handful of times, and it many times the patrols you’ll be handling in close-range are also within visible range of other enemies.

Double Magazine Holster is only something you’ll get along the way to Ammo Pouch. When using a pistol, you’ll never really want for ammo just because you should be using it at closer ranges, which means looting your foes is going to be a common action.

Nimble Hands isn’t useful at all; if you’re rushed to loot a corpse because of approaching foes, you’re better off hiding the corpse first. Don’t even waste the 4 points for it.

Swift Gambit suffers from the same issue as Nimble Hands; If you need to get out of site quickly, you’ll still be leaving a corpse visible to alert your foes.

Steel Grip is something you’ll almost never use. In fact, I NEVER used it. Any time I was within CQC range of a heavy I could’ve used my secondary weapon, or even my sniper rifle, more effectively from a greater distance.