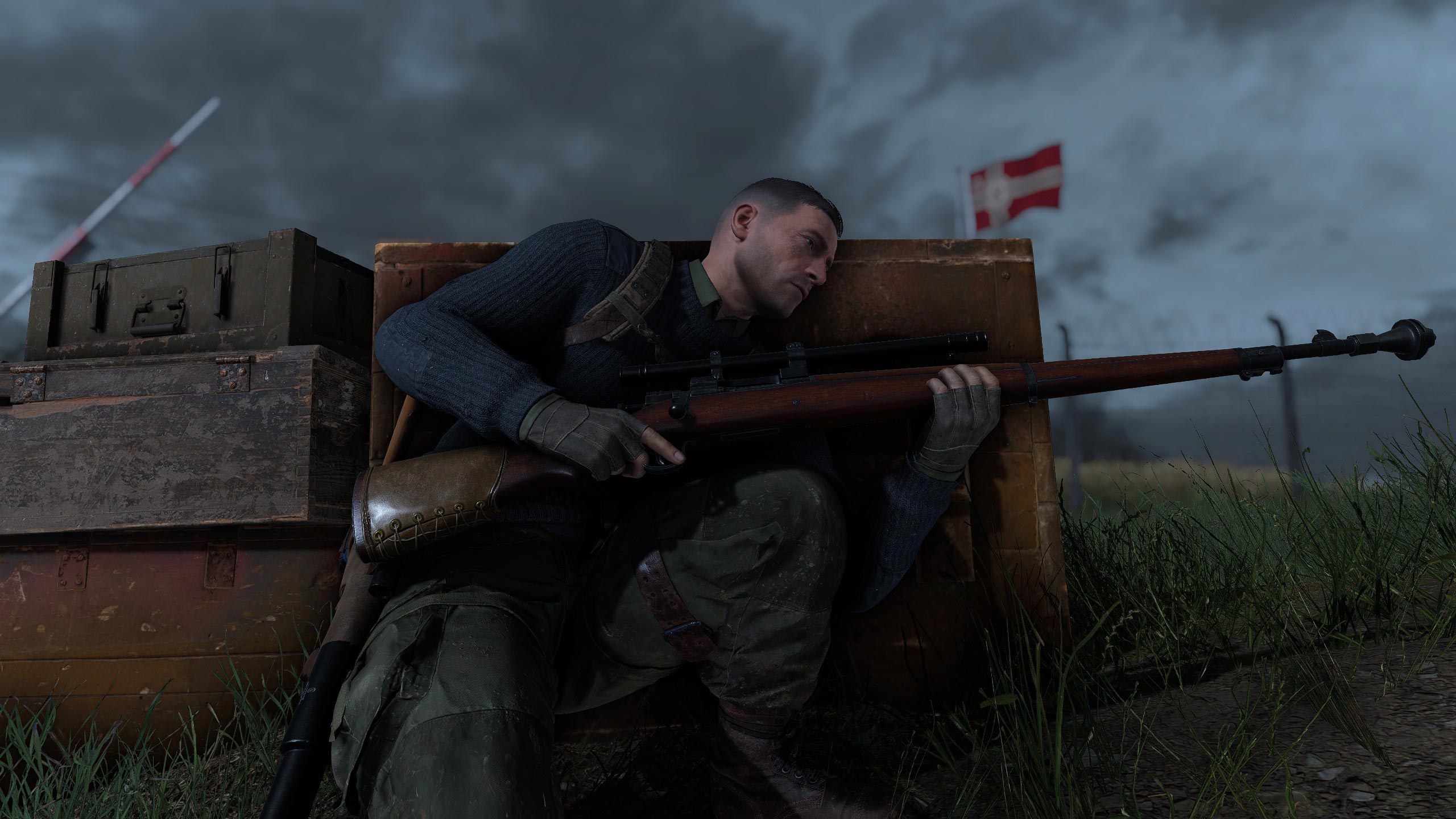 It’s impressive how some games can keep going, continuously innovating just enough to keep things fresh, while also holding true to what made them great games in the first place.

Sniper Elite 5 does this exceptionally well so far; while I’m still relatively early in the game (I just finished the 2nd mission), my muscle memory (aside from the toggle to aim issue) is still here, but the new features have given me “bonus” vibes in the best way possible.

Well, first off: Weapon customization is much, much larger in scope (badump-tss).

Seriously, every weapon can have multiple parts changed out, including the receiver, barrel, muzzle device, optics and so much more.. Even the ugly grip-tape on my rifle shown above is a customization that has an actual impact on the weapon’s stats.

The AI has changed things up, too, allowing for better use of new strategies. In some cases, however, they fall flat.. I’ve had some instances where the AI is like lemmings to the slaughter.

Verticality has been embraced even further in the game. I found myself enjoying traversal much more here, climbing around and looking for unique approaches past patrols and guards.

Stealth in general has been developed to a much greater degree, too, where you’re encouraged to think beyond what your rifle scope is aimed at.. CQB is very well done here, and takedowns are much more satisfying than in Sniper Elite 4, in my opinion.

First, let’s get this out of the way: The game is still focused on killing Nazis, which is a good thing (although there is now a knockout/incapacitation mechanic). If you’ve got a problem with killing Nazis, I’m pretty sure this is the wrong game (and website) for you.

The HUD still gets spammed like crazy.. Especially if you have tutorials enabled. Hint: Disable them as soon as you feel comfortable, because they WILL get int he way.

Explosions are still good here, and there is a lot of stuff to blow up, and creative ways to eliminate enemies in general. I actually eliminated one group by dropping a chandelier on one enemy, waiting for the rest to investigate, and then dropping a grenade on them.

Overall, Sniper Elite 5 is going to be pretty familiar for existing fans of the series.

While I’m gaming on a high-end PC, I’ve seen reports from gamers on last-gen consoles complaining of awful graphics. The screenshots look pretty rough, too, so keep in mind that your mileage may vary if you’re on an older console.

Otherwise, so far, so good. Stay tuned for my full review next weekend as well as some guides!