Despite a multitude of accessibility controls, one crucial feature is missing in SE5 (UPDATED) 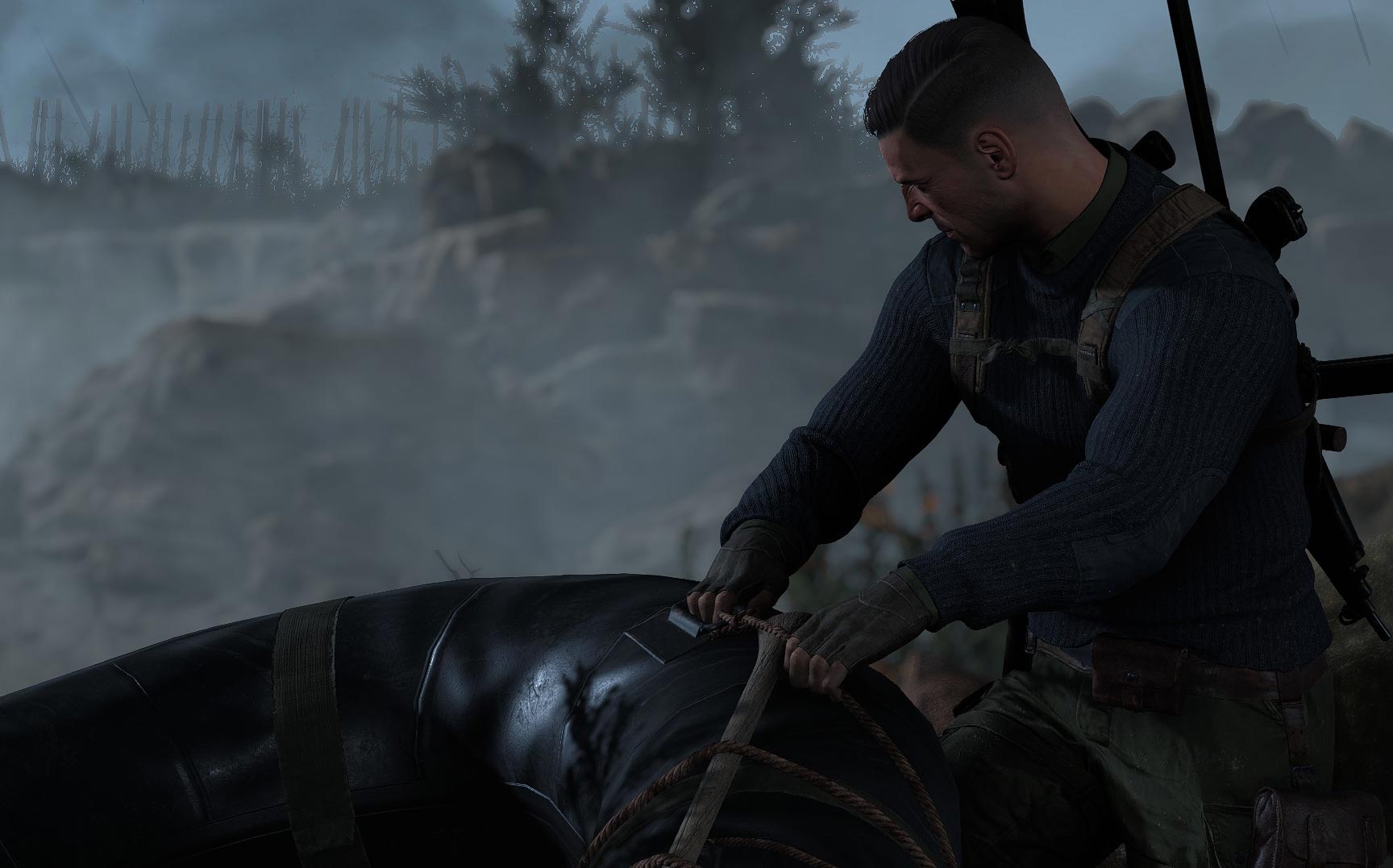 5/27/2022, 11:00 AM – I received news third-hand from someone in the industry that Rebellion is patching this in the next patch or two, so toggle to aim as an accessibility option will be available assuming my contact is reliable. The original story is below.

It took a while to get Sniper Elite 5 loaded up; It was launch-time plus 40 minutes before I got the game running. My arthritis has been killing me all day, too, but I was going to play, dammit, even if just for a few minutes before I started my evening routine before bed.

I got the game loaded up, and marveled at Sniper Elite 5’s accessibility controls. It was.. Amazing.

I start my campaign, selecting “Sniper Elite” difficulty, and revel in the much nicer graphics over SE4.

Now, of course, every time I launch a new game I almost always forget to do a few things on the controls.. Inverted mouse Y axis is a must for me, so I hop in to do that. I also realize the sensitivity is a little high for me (my hand movement isn’t quite as precise as it used to be), so I drop that a hair, too.

I then go to take out the spotlights in the very first mission and realize I forgot another setting..

For those of you who are like me and have the occasional grip difficulties, switching from “hold to aim” to “toggle aim” is an absolute lifesaver, especially in a sniper game.

I can grip a gun no problem, but holding a finger down? That’s.. Rough. In fact, just about any control that requires a “hold” mechanic for more than 1 full second I see if I can switch to toggle, just because it is painful to keep that pressure up for longer than a few seconds, typically.

It may seem like I’m asking too much, and you may be right if you feel that way. They can’t possibly account for EVERYBODY’S needs in accessibility, can they?

Well, we’re not asking for that.

All I’m asking is that you provide toggle options among the bevvy of accessibility improvements that have been made.

If Ubisoft (and pretty much every other FPS developer) can do it, surely you can too, right?

For my fellow gamers who need this accessibility option, you’ll probably want to hold off on getting the game for the time being, since you’ll need to spend a lot of time aiming (given that this is, after all, a sniper game).

I’ll keep playing. After all, I rely on covering games like SE5 to pay for this site.. and I really, really want to play it.

I’ll just have to mess with the (thankfully detailed) difficulty settings so I don’t get angry and quit because I literally can’t hold a mouse button down long enough to take my target out before they take me out.

Rebellion, if you read this, I’m begging you.. Please add a toggle to aim feature. You’ve got an aging demographic here who wants to love your games.

*Update 8:39 PM* Just to clarify, I’m aware of techniques to force toggle-to-aim via software like AutoHotKey, but given that SE5 uses Easy Anti-Cheat, I don’t want to risk being banned from online play (of which I plan to enjoy later with Invasion mode).