A solid and versatile rifle for short, medium and long range. 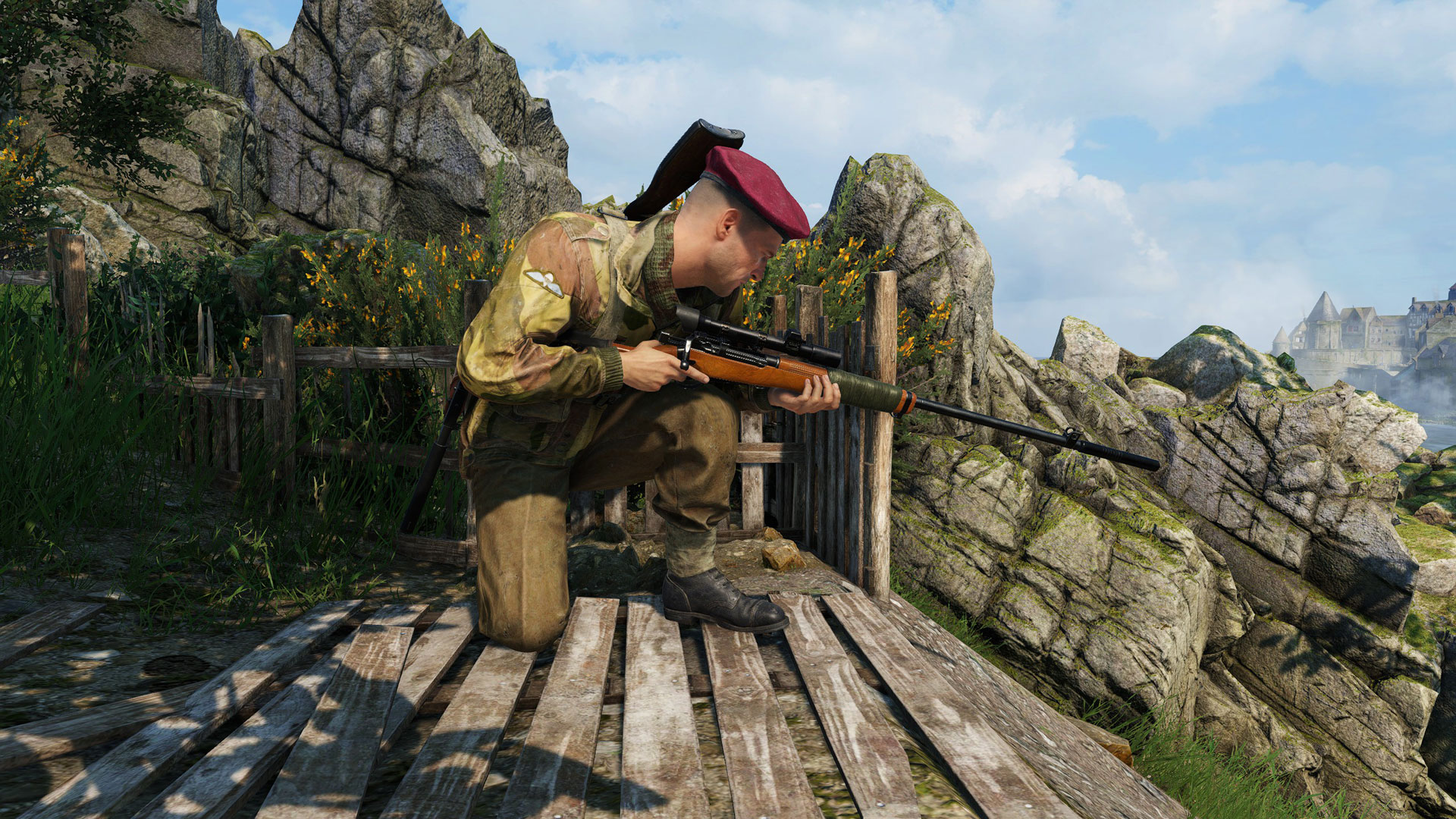 The Lee No. 4 is a classic British rifle that just plain works; It’s got a lot of utility with a 600 meter effective range and solid damage that means most shots will be kill shots, even at higher difficulties, when properly equipped.

You’ll notice later on that the damage in this configuration is the same as the recommended configuration; with a damage rating of 135 HP and an effective range of 600 meters you’ll be taking out targets easily at most distances assuming you avoid glancing helmet blows.

With this configuration we instead focused on boosting the muzzle velocity up to a peak 908 meters per second. This makes taking those long-range shots much easier, since you’ll be less concerned about your target moving before the round arrives.

At it’s quietest configuration the Lee No. 4 has an audible range of 47 meters; this isn’t bad, and the damage only drops down to 114 HP in this configuration.

The muzzle velocity does drop to a paltry 690 meters per second, however, which means achieving long range shots takes more planning just to avoid missing due to a target who isn’t standing still.

The recommended configuration for this rifle tries to bridge the gap between the two options; The muzzle velocity is only 72 meters per second lower than the highest damage configuration, while also dropping the audible range by a significant amount, down to 75 meters.

By taking match and subsonic ammo you can offset the audible range or muzzle velocity depending on whichever is your greatest concern with the shot you’re about to take, which helps boost this rifle’s versatility even more.

This rifle has a lot of positives and can function well in both close and long range. While you don’t have the zoom levels available with an A2 optical scope, you can still reach out and hit targets at 500 meters with a little patience, and thanks to the 600 meter effective range you’ll still retain a lot of the round’s damage upon impact.