A high-powered single-shot rifle that fills a unique niche 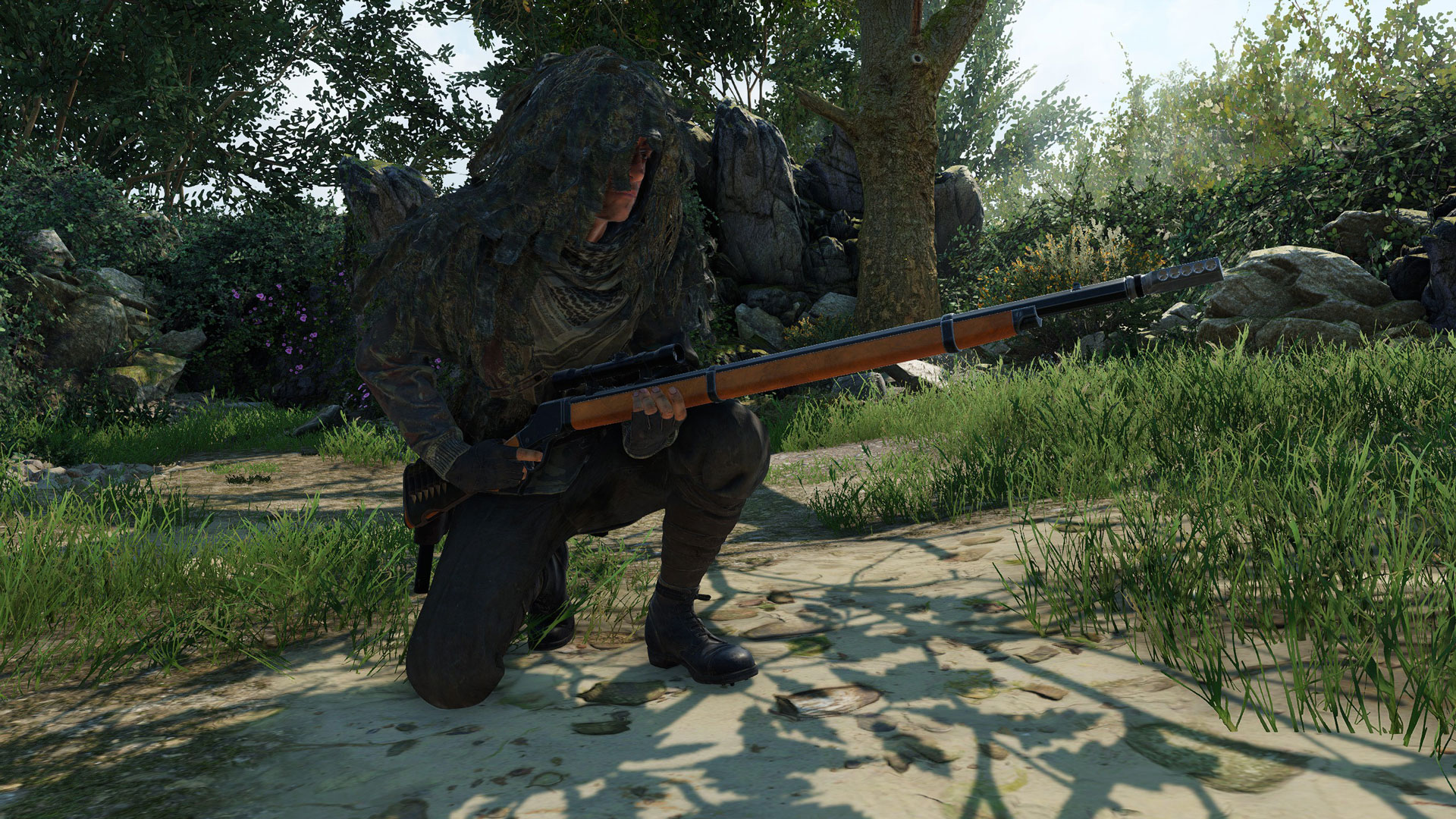 The Win & Co 1885 is an interesting rifle. It’s a lever-action, single-shot rifle that is – by far – the highest damage rifle in the game. Is it worth the effort to unlock everything needed to truly make it operate at it’s best?

Let’s break down some configurations for this rifle, shall we?

The 1885 is NOT a quiet rifle, and in most cases shouldn’t be used as one. Still, if you’re a really, REALLY bad shot, kitting it out for stealth can let you make use of it’s 1-hit-kill-anywhere ability to take out soft targets easily without alerting the entire region.

My recommended stealth loadout puts the audible range at 63 meters, which isn’t great, but is still useful.. Although your muzzle velocity will suffer greatly.

If that stealth configuration doesn’t quite work for you, however, you can grind a bit at VERY close range to unlock the 38-55 cowboy magazine, which drops the audible range down to this rifle’s absolute minimum of 56 meters.. But you’d better be prepared to wait for your bullet to arrive at the target, because your muzzle velocity drops even further to 458 m/s.

Instead, I suggest you embrace the noise and go loud. With an effective range of 468m, a muzzle velocity at a still-low-but-not-absurdly-low 786 m/s, you’ll be handling targets at range much more effectively.. Especially when playing at higher difficulties where nailing headshots is going to be a real hurdle.

The 1885 is a rifle that I sometimes love, and sometimes hate.. So much so that I honestly didn’t even want to grind out the unlocks for my recommended loadout!

The low muzzle velocity – even at it’s best configuration – really harms the usefulness of this rifle. Thankfully, for longer-range targets you can swap in some match ammo (which you should absolutely carry when using this rifle) and get some additional velocity out of your rounds to ensure you make it to the target before they walk away.

There are 2 elephants in the room here with this rifle aside from that, though, that make this an interesting rifle to use.

The single-shot nature is actually not much of an issue with boosts to reload speed. I found myself regularly accomplishing “kill X targets in Y seconds” despite this, and as long as you hit your target just about anywhere fleshy you really don’t have to be concerned about them surviving.

This rifle is also potentially good for completing anti-vehicle challenges; It’s absolutely insane levels of damage – double that of many other rifles – Mean you have more damage potential when you might need it most.