Whether swinging from or sneaking around tall buildings, how does Spider-Man Remastered stack up on PC? 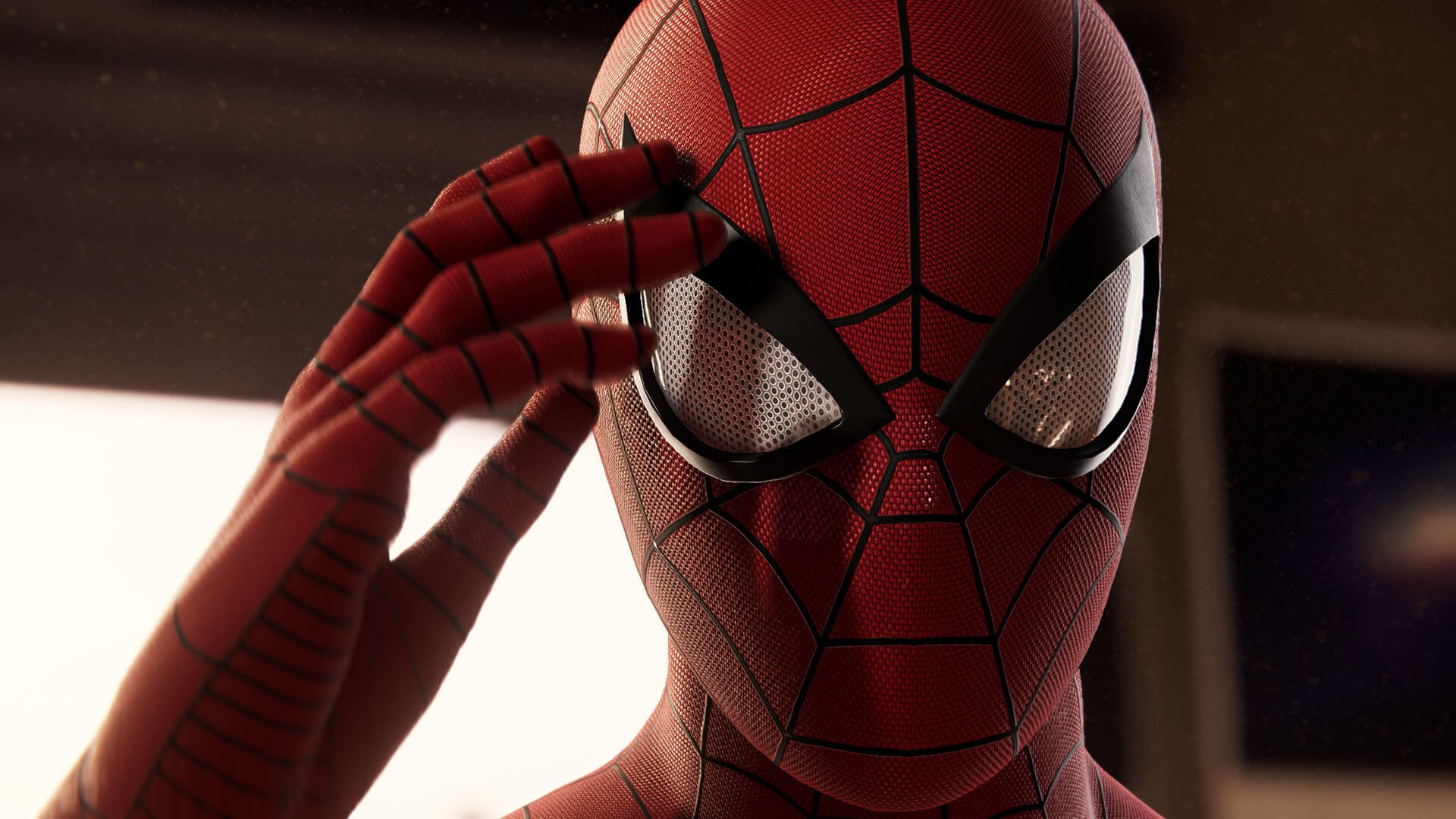 Sometimes you just need a good superhero game. You want the ability to leap tall buildings, soar through the air, or just take a lot of punishment and keep getting back up.

Is the remastered Spider-Man game for PC that sort of game? Let’s get into the review and find out.

Marvel’s Spider-Man Remastered came out for the PC just over a week ago. If you’ve been living under a rock, this is, for some reason, a controversial release.

Because it looks so damned good. In fact, it’s got more going for it than the PS5 remaster that came out a while back, which has severely annoyed folks who paid out the nose for the beloved PS5.

This is an amazing remaster here, so let’s just get that out of the way now. If all you care about is the pretties, this game has them in spades, and you can stop reading now.

..Ok, I know my readers aren’t here for just that, so let’s get into the details.

The storyline is your classic Spider-Man fare; if you haven’t ever read a Spider-Man comic or (more related) seen a modern Spider-Man film, you’re Peter Parker (most of the time – more on that later). Adorably awkward kid genius with superpowers (and super-quips), you just want to keep your city safe from a variety of bad guys. You’ve got your on-and-off-again girlfriend Mary Jane (no, not that kind of Mary Jane), Aunt May, Miles Morales and a wide cast of secondary characters, villains, and more.

You’re running (well, web-swinging) around New York City stopping crime, helping citizens and solving mysteries.. And the game will remind you of that.

The first nuisance I have with this game is the main story harassment. Everything is just so damned urgent, apparently, that each main quest item is presented as a “DO THIS NOW OR FAIL”, despite the fact that you can ignore it without consequence.

It even tries (and fails) to encourage exploration by periodically giving you a break to do a little side mission, fetch quest, etc.. But just one, and then it’s back to the world burning, essentially.

Getting around, putting the beat down and solving puzzles

Getting around the world is incredibly fun. The movement mechanics here are so refined that I’m flabbergasted how they managed to do it so fluidly.

Remember Anthem? Anthem wishes it was this.

It’s not perfect, though. Transitioning from ground, to wall climbing, to web slinging can sometimes be a jarring experience, especially for those missions where precision is key.

Combat itself is interesting, too. At it’s core it is relatively basic.. And then you get into the moves system. Much like the classic arcade combat games of yore, you’ll find yourself learning combos necessary to take on foes.

Sure, you can just button mash 2 basic attacks and dodge, but that’ll only get you so far.. Especially in the boss fights.

Boss fights themselves are, quite possibly, the worst part of this game.

I grew up gaming on the Atari 2600. I’m an old man, with old man memories.. And old man problems.

First: Most boss fights take all you’ve learned and shove it out a window, instead opting for a system that I was sick of 30 years ago.

Rather than fighting bosses like anybody else, you’ve got to target weaknesses the game specifically gives you, and ONLY those weaknesses. The boss will repeat a specific pattern which you’ll learn, and then you perform a specific action at a specified time.. Usually 3 times, and then it changes to another phase where you do things a little differently. This is every. Single. Boss. Fight. I hope you like quick-time events.

Oh, and you’ll fight some bosses multiple times, and it goes differently each time, so those same patterns you learned previously? Yeah, those are useless.

What’s sad is you get all these interesting unlocks via skills, suits and gadgets, and you are relegated to only what the game says will work against the boss. There is no creativity here in taking down bosses.

Speaking of skills and whatnot, this system isn’t bad. You’ve got the standard tree-based skill systems, and most of the skills are fun and useful, making deciding what you want a challenge. You can unlock everything eventually, though, at least.

The suits are extremely fun, even if most of the abilities are rather minor and completely useless against bosses. Also, just for the fashion-focused gamers: Yes, you can use whatever suit you like with whatever suit abilities you want.

Gadgets were a little disappointing. I find myself sticking to the Electric Web ability more often than anything else except when something else is needed (such as the case of a boss fight). You can upgrade these as well, too, which usually increases the amount of uses as well as the overall power/range of the gadget.

Taking an aside from the main story (and character)

Beyond the main story (if you can get past the guilt-trip delivery of each main mission) is a variety of side quests and activities that plump out the game.

These are sprinkled throughout the map, which you can discover via.. Towers.

That’s right, we’ve got Assassin’s Creed style towers to open up the map. Here you’ve got to solve a mini-puzzle, but it’s a fairly basic process overall.

You’ll also collect your old backpacks that you’ve abandoned all over the map, clear bases, hunt down pigeons, tackle crime, take pictures of landmarks, and more..

..And none really make you feel like you’re contributing to the world. These are all just ways to earn special tokens and XP in order to level up or unlock new suits and gadgets.

Oh, and puzzles. Lots of little puzzles. Some are tied to side missions, while others are part of the progression in the main story as you help Doc Ock with his research.

Speaking of side missions, you’ll also find yourself taking a break from being Spider-Man to do little “Moments Earlier” gameplay sections where you play as someone else.

It’s.. Weird. These sections are usually stealth-focused bits where you’re exploring or escaping as either Miles or Mary Jane, and they are there to give you a little more immersion in the story and build connections to the characters. I don’t really think they accomplished that well, though.. While I love stealth gameplay, I want to stealth as Spidey, not Miles to Mary Jane.

Speaking of, let’s get into the stealth.

This game, believe it or not, has a heavy reliance on stealth.. And every time I got to approach something stealthily, you better believe I enjoyed it.

You’ve got a variety of tools, tricks and more to handle stealth sections, and movement is especially fun.. Why walk (or crawl) to a location when you can web-sling there quietly? I feel like a sticky Sam Fisher with each base mission, planning the elimination of my targets in as efficient a manner as possible.

That goes out the window when you’re stealthing as Mary Jane or Miles, however; in those cases it’s more on-rails, which is an unfortunate side-effect of the core game design (which we’ll talk more about later in the “Should you buy” section).

Back to the fun, though.

Taking down foes is an absolute blast (of spider webs). I can’t tell you how many times I giggled pulling someone up to my perch and banging their head into a beam, wrapping them up in webs and leaving them to hang from the rafters while I look for my next target.

You’ve got a few tools to help you out here, too. There is a tripwire-style gadget, the ability to lure enemies via web-shots on specific objects, and suit powers and mods that’ll boost your stealthiness in various ways.. And, of course, spider-vision that’ll highlight enemies through walls.

Unfortunately, this game is not really a true stealth game. In fact, I’d almost call it a game that doesn’t know what it wants to be.

Stealth, when you’ve got the option, is great, but you’re only relegated to stealth when the game says you can be stealthy.. And boss fights? Forget it, no silent attacks on the big bads here, you’ve got to go big or go home.

Failing at stealth has 2 consequences, too. Either it’s an insta-fail on the mission, or you end up summoning waves upon waves of enemies that you have to defeat via standard combat. There is no getting back to the shadows here: Once you’ve broken stealth, it stays broken.

Those waves of enemies? Yeah, I’m not kidding.. There are literally waves of enemies in multiple missions that come out of the woodwork, and it’s just ridiculous filler. This game would be half the length it is if there wasn’t just wave after wave of enemies.

Ultimately, a lot of the game is stealth-focused, but when it’s not.. It’s definitely not. There is no real choice here; In some cases you can choose to not be stealthy, but only in some circumstances, and you can never choose to be stealthy on missions where the game doesn’t want you to be.

So, let’s do some summary here.

Wrapping things up with the web-slinger

Look, I know we’re late to the party here in the PC-gaming world. Console fans have had Spider-Man for a long time, and even the remastered version came out on PS5 earlier.

The game does look amazing, though, and overall it’s got a lot of positives to it. The story itself, while classic Spider-Man camp, is solid. Characters are well-voiced and immersive, and gameplay for the most part is fun.

Boss fights absolutely suck, though. Just because Spider-Man has been around for a long time doesn’t mean we have to stick to gameplay mechanics from the same era. If you’re coming off of a Souls-like such as Elden Ring – where the game is nothing but amazing boss fights – you’ll be incredibly disappointed.

In fact, so much of the game is just repetition, and not just the boss fights. All the little side-missions, fetch quests and more are all just the same thing over and over again, filling out the game world and exclaiming “Look at what all I can do!”

The black cat DLC content is literally JUST that, too, and was ridiculously sad.. It was basically a “Where’s Waldo” book to unlock a new suit, and that’s it.

Getting around the world, though, is fantastic. I seriously never touched fast travel at all in this game, which is rare for me. Sure, the world isn’t as big as an Assassin’s Creed game, but it’s big enough.. And so much fun to swing around.

The stealth is a blast, too, when you get to use it. It’s not extremely difficult for an experienced stealth gamer, but that’s OK. Sometimes you just want to have fun being sneaky, and this game does it well. I just giggle all the time thinking about all those stealth takedowns I performed.

The question is.. Do the positives outweigh the negatives?

Should you buy Marvel’s Spider-Man Remastered for PC?

If you’re a fan of Marvel, Spider-Man, or just wish Anthem was a better game than it was, absolutely. The game itself can be a lot of fun, and despite not being a big Spider-Man fan myself, I did enjoy it.. For the most part.

If you hate games that make you fight bosses via looped weakness attacks, want to choose how to approach encounters, and despise on-rails missions and quick-time events? This is going to be a hard pass for you.

Overall, much like Dying Light 2, I have mixed feelings about this game. I go back and forth on loving it (stealth portions, exploration) and hating it (boss fights, mindless waves of enemies).