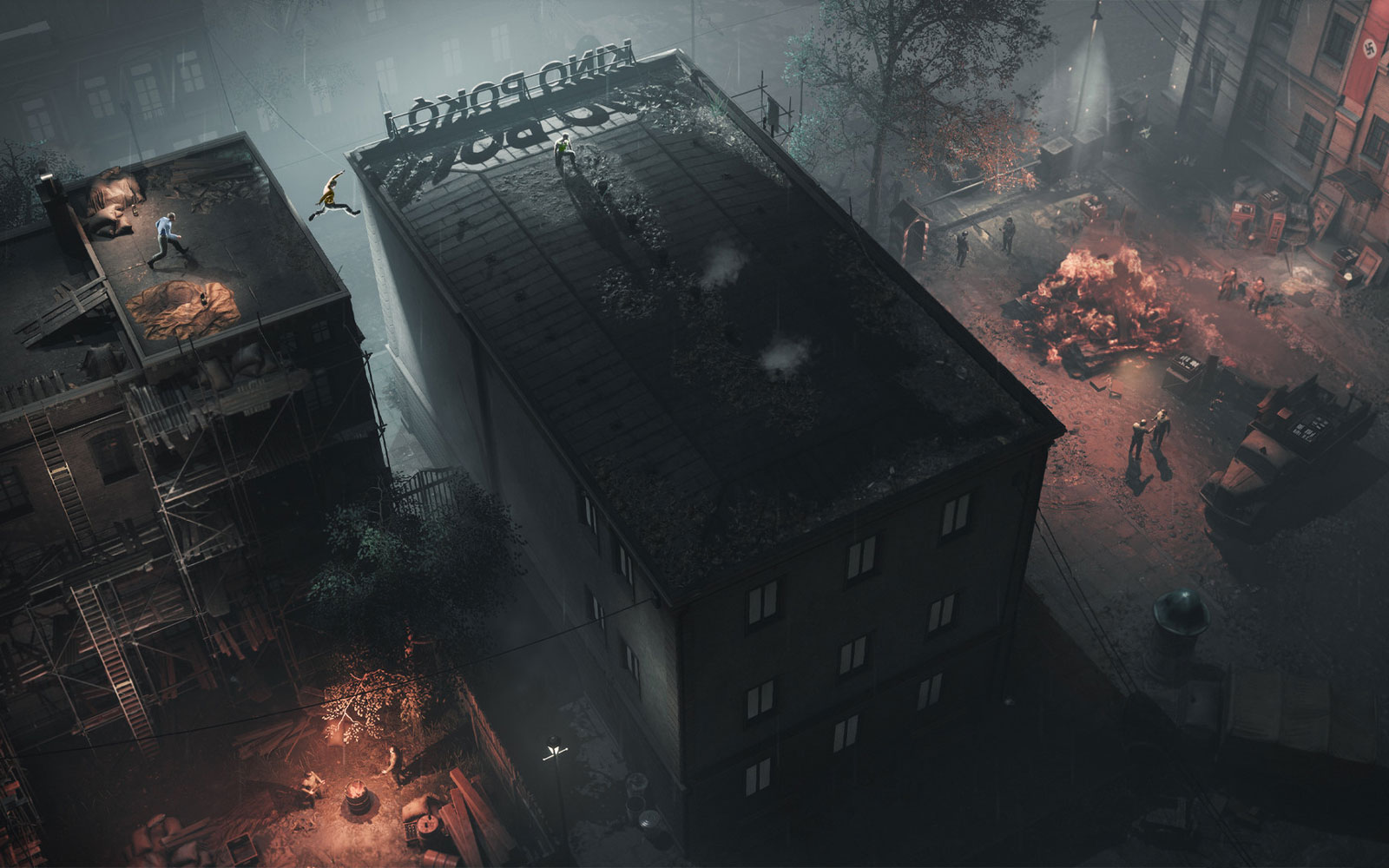 Commandos was a classic in tactical & strategy gaming. It is hard to hold a candle to it even to this day, but War Mongrels seeks to stand up on its own two feet and be a great modern take on the WWII real-time tactics genre.

The game includes great stealth mechanics, as well as a “planning mode”, which offers a way to plan coordinated actions and get the job done while still feeling like an RTS game.

Just watch the gameplay video below; it really does exemplify what the genre can and should do.

The gameplay looks slick, even for still being in development. It definitely has vibes of Desperados 3, too, with the cone of vision and stealth aspects.

What really struck me, however, was the dialog. It didn’t feel shoe-horned in, or just basic flavor text, but real, meaningful character interaction tied to what is going on and why you’re doing what you’re doing in the story. After an abysmal experience with Gray Zone’s early access release, this is very, very welcome.

The map also drew me in; not that it is exceptionally large, but just how natural it seems. Rather than appearing to force you to follow a linear path, it gives you freedom while still having subtle direction, guiding you along the path you need to take to succeed.

War Mongrels is slated to be released some time next year; check it out on Steam.