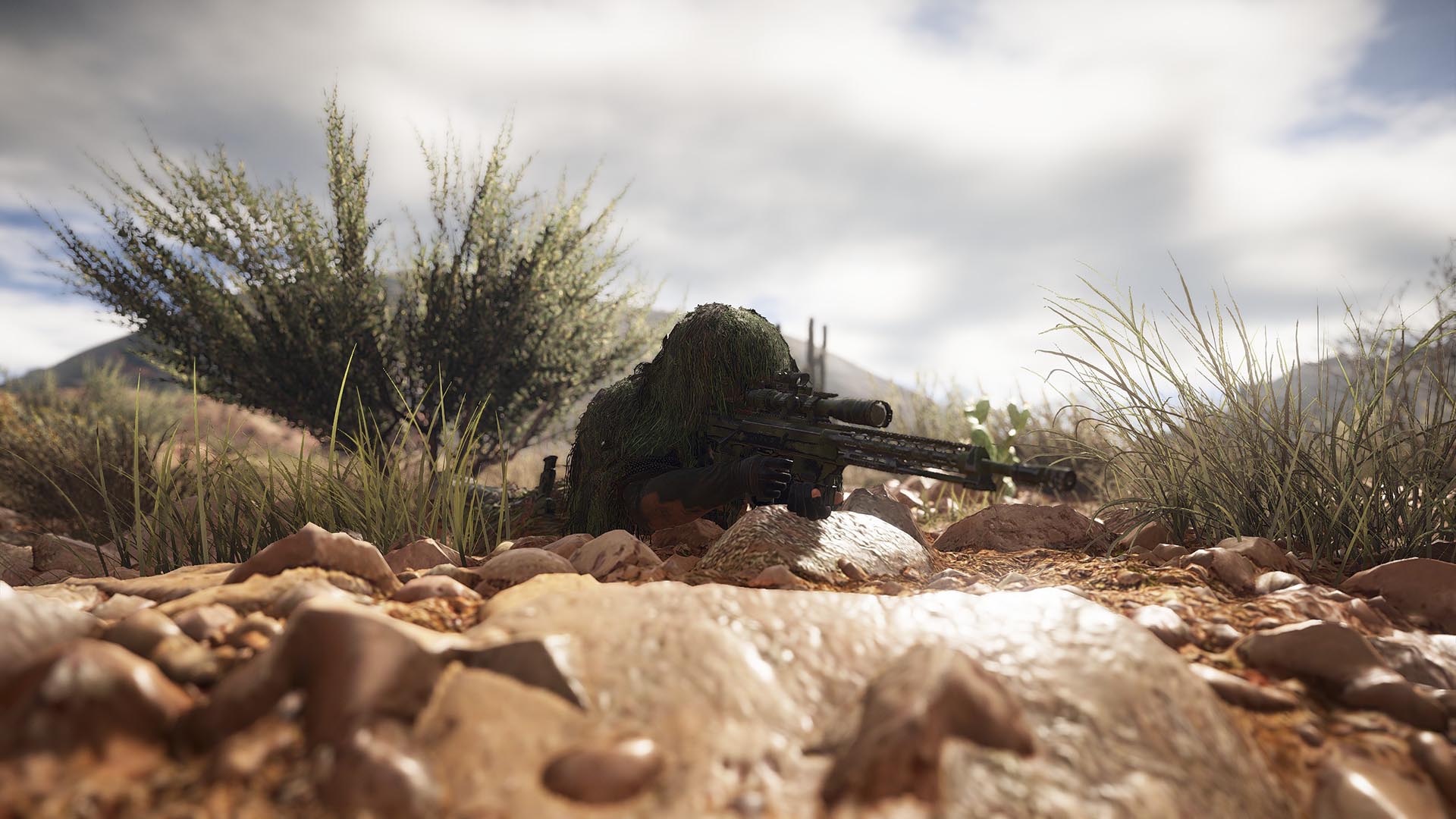 Hey there Ghosts! It’s about time I did an updated sniper guide for Wildlands, so today we’re going to talk about sniper strategy and getting the most out of the range available to you in Wildlands.

So, let’s break down sniping in Ghost Recon Wildlands!

Choosing the right gear for sniping in Wildlands

If you want to engage at long range, you need the right equipment to do it. As far as sniper rifles go it’s all about what you’re comfortable with. If you haven’t already, check out my guide on ranging your rifle in Wildlands: You can be using the best rifle in the game yet be completely awful if you don’t know where your bullet will land! If you don’t want to bother calculating your own DOPE, feel free to use a rifle from my Wildlands bullet drop charts. Oh, and it’s not a bad idea to skip the suppressor just for the extra muzzle velocity!

Next, be smart about choosing a secondary rifle: You may not be able to engage every target at longer ranges, so having a good medium-to-close range weapon as a backup is always a solid option, assuming you’re not playing on Ghost mode. If you are playing Ghost mode, I’d suggest the MK14 as your primary rifle just for it’s versatility at both long and medium ranges – I’ll be putting together a guide later on what to take with you in Ghost mode (update: Here’s my Ghost Mode sniper loadout guide)!

Sniping in Wildlands: Picking a perch

Picking a good location to shoot from in Wildlands isn’t as simple as you may think. There are a lot of factors to keep in mind when selecting your perch.

Most importantly, plan a good exfil route, and ideally plan for if you draw enemies to you. If you can, try to funnel them towards you in a single path that you can mine. Exfiltration paths are important because, should you alert the base, you may need to move quickly to avoid mortars or enemy snipers.

Make sure the bulk of your targets are going to be within 600 meters, but also be careful to not be too close to your targets as well as roads. You don’t want your firing to draw too much attention!

Finally, make sure you can take out the generator early on. If your favorite perch doesn’t have line-of-sight on the generator, move to a different one and use the other as a backup!

Before you shoot: Scouting out the target

Now that you’ve got your perch situation nailed down, whip out your drone and start scouting. Make good use of the rebel recon ability, and be sure to watch for patrols. You may realize your perch situation is still not quite ideal, and now is the time to look around again before you start firing off rounds!

Sniping in Wildlands: Pulling the trigger

Alright, it’s finally time to take your shots. Your first targets aside from the generator? Snipers.. Always snipers. These are the only enemies that are going to be an immediate threat without warning: If they spot you, you need to get to cover quickly.

After that, I suggest picking off targets around the mortar region just to give yourself extra time should the base become fully aware of you.

Make use of your AI teammates to handle groups of enemies and patrols: Fully maxed out you can take out 3 additional people other than your personal target, so don’t hesitate to use them!

When targets are entrenched, you might need to consider infiltration. This is where your secondary comes into play, so don’t let it just sit and collect dust on it’s sling!

Oops: What to do when you’ve been spotted

It happens: You missed a shot and the target is in cover, and the entire base gets alerted.

No problem! First, move to cover. Next, call in rebel reinforcements to your location. Then bring up your drone and call up a rebel diversion between you and the base: This will be enough to allow you to safely relocate to a secondary perch should you choose, or just hide until the coast is clear!

Just make sure to move if the base is capable of mortar fire; If you’re spotted, you are a prime target for mortars, so get some distance from the perch!