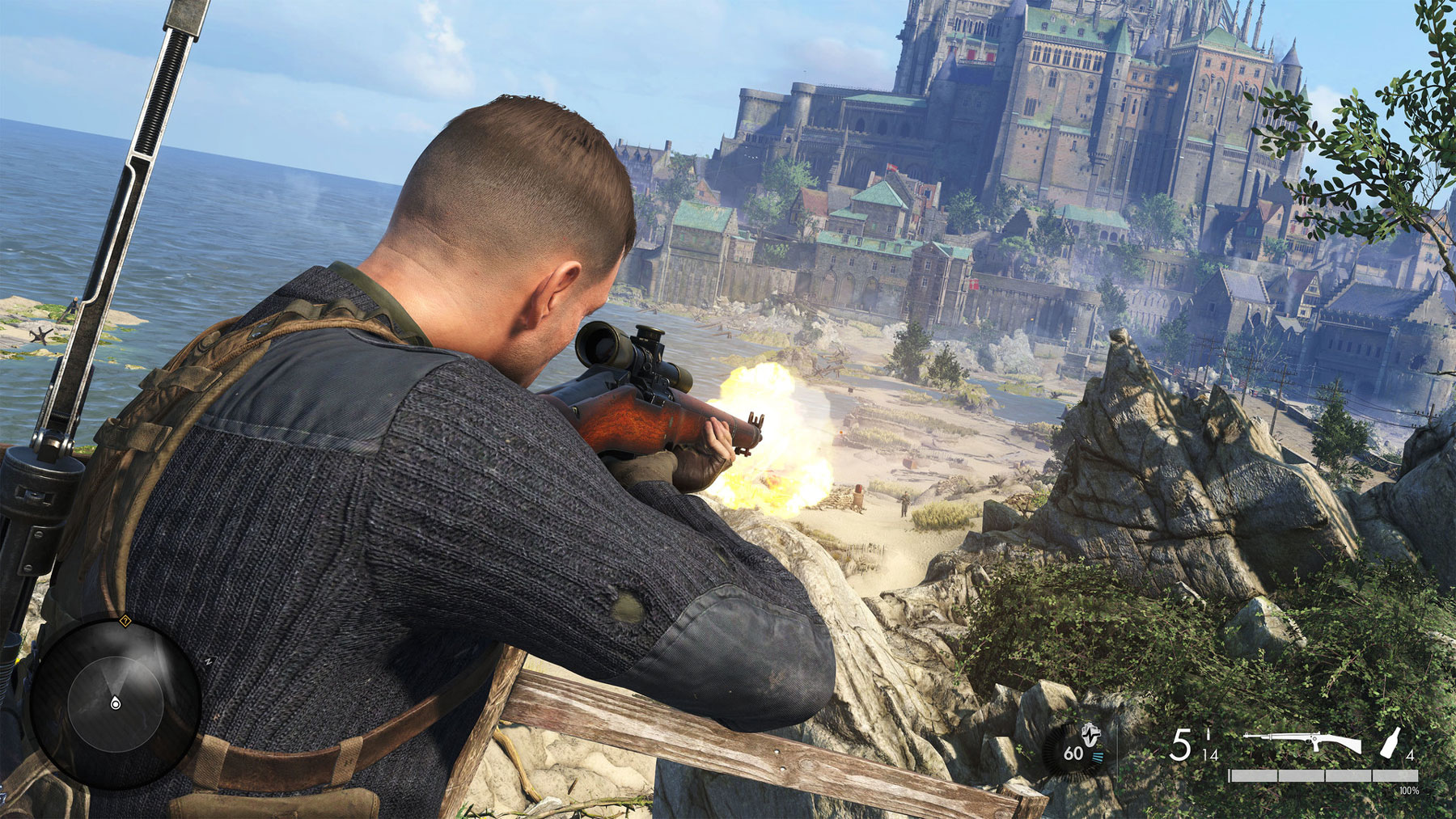 The sole WW2 sniper game series (and only the second relatively major publisher-released sniper series in existence) has come to the forefront with details on the next iteration.

Sniper Elite 5, to be released in “2022” (no date yet) looks to be taking a cautious approach to growing the series, which isn’t necessarily a bad thing.

Overall, if you’ve played Sniper Elite 4, you’ll notice that everything seems pretty standard here. The setting is France, and it is rendered fairly well if the trailer is trustworthy (Rebellion generally speaking is, as most small/mid-size publishers/developers can’t get away with the stuff the AAA publishers do).

As far as interesting details go, we have a few, and just a few: It’s probably a good thing that they aren’t completely overhauling things and instead sticking to the tried-and-true formula.

First: The mini-sandbox maps are a little less mini.. Apparently they are larger than the previous series, which is a welcome change. This is the same approach that Sniper Ghost Warrior Contracts 1 and 2 have taken (after the SGW had some issues with a fully open-world setting in SGW3) in that you get the freedom to explore, without having to take into account players getting too crazy in the world.

Next up is “Invasion” mode, which allows other players to invade your campaign as a counter-sniper. This isn’t anything super exciting, but it does provide an interesting mechanic and allows for a more casual PvP mode to be enjoyed as an end-game diversion (of course, coop and standard PvP are also on the list of features here). As an alternative, you can also drop in to other players’ games to lend a hand if game-sanctioned trolling your fellow snipers isn’t your cup of tea.

Finally, while modifying your weapons isn’t a new feature in the Sniper Elite series, they are expanding it to include more detailed modifications, including the barrel, magazine and stock, as well as ammo types.

What I found most curious was the ammo types: Apparently there will be “non-lethal” rounds available. While details are limited there, I wonder if there is the possibility of doing non-lethal playthroughs where you can capture your targets instead of killing them.

While I enjoyed the Sniper Elite series, I myself wish we could get another publisher to focus on more present-day precision shooting setups. The problem with a sniper game set in World War 2 is that engagement ranges weren’t near as long as they can be now, and the mechanics of precision shooting were much simpler at the time.

Still, you can be sure that I’ll be playing and reviewing it here.

Wishlist Sniper Elite 5 on Steam, and read more on the announcement article.