The Gewehr 1943 is a solid, fast-firing semi-auto rifle 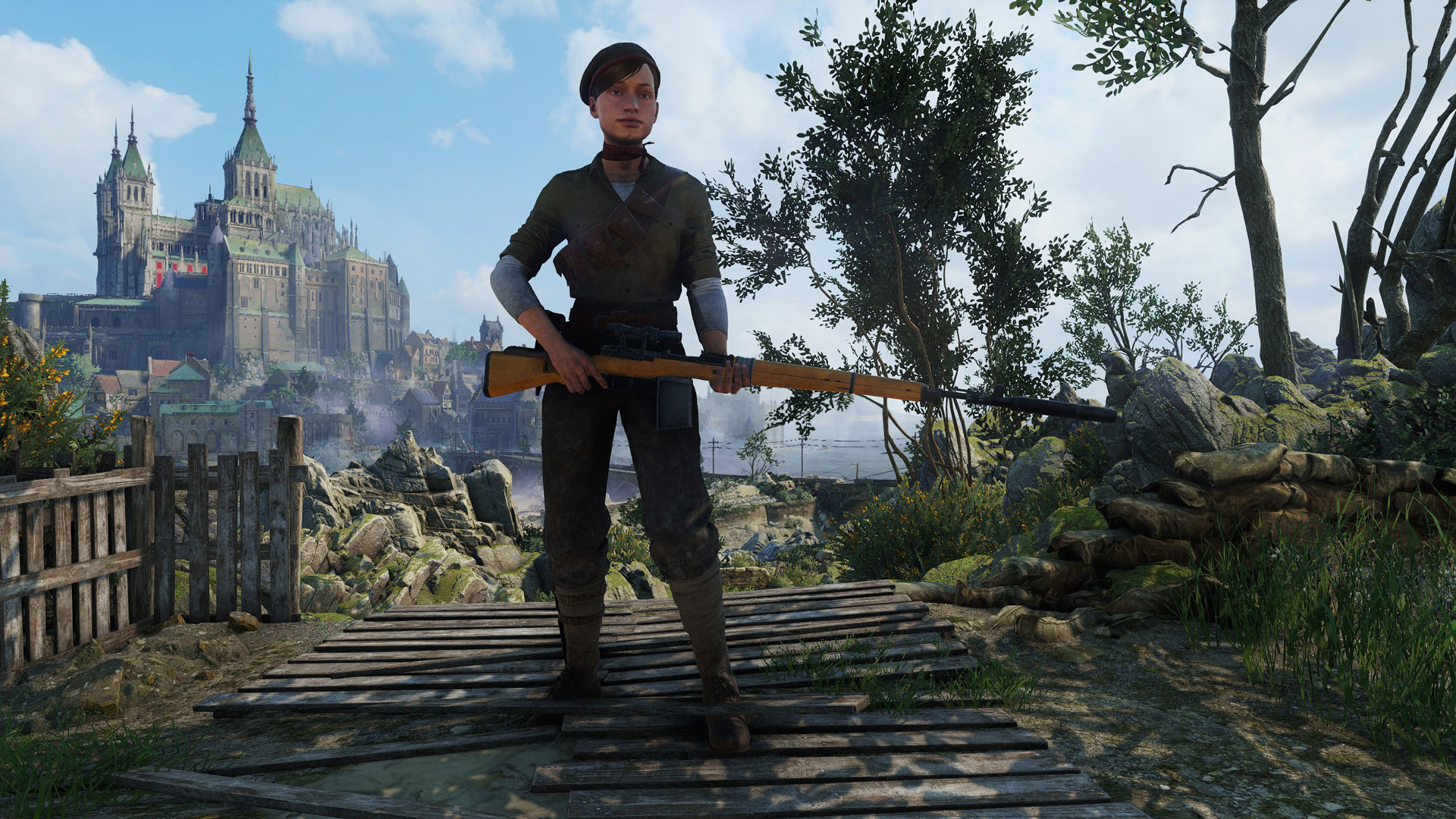 If you prefer a faster rate of fire over extreme range and damage, but not so much that you can’t actually “snipe”, the Gewehr 1943 might just be your rifle.

With that said, let’s get into the meat of the Gewehr 1943 rifle.

When configured for absolutely max damage you’ll be hitting targets for 125 HP. While nothing like the longer-range rifles, as long as you’re a good shot and can hit the head or vital organ you’ll be able to take down targets on Sniper Elite difficulty with a single shot. This assumes you’re within about 300 meters; the effective range of the Gewehr 1943 is 400 meters, so you’ll start seeing damage dropoffs much sooner than the m.1903, for example. It’ll also be heard at 149 meters, which is not an insignificant audible range for a semi-auto rifle.

If you just change out the muzzle brake for a suppressor and swap the magazine off the overpressure option you’ll come out much, much quieter: a 46 meter audible range is fantastic for a rifle, but the damage does drop to 99 HP; you’d better make sure you make your shots count, and pass on the longer-range shots. The muzzle velocity itself drops down to a paltry 670 m/s in this configuration, too.

If you take the high-damage configuration and swap the brake for the Hub 32 suppressor you end up with an extremely usable and versatile rifle that will serve you well within about 350 meters. You’ll retain the 125 HP damage and reduce your noise level down to 67 meters, which is very usable here. Additionally, your muzzle velocity barely drops in this configuration, losing less than 40 m/s.

Overall the Gewehr 1943 is a solid mid-range semi-auto rifle. The damage, while only wounding when it comes to limb-shots at Sniper Elite difficulty, is still usable, and the rifle is also very friendly for closer-range engagements.

The biggest downside here is that you’re limited on optics; you’re either going to be using a 6x scope, a 3x scope, or iron sights. While there is a night-vision option, it too is only a 6x zoom.

This rifle isn’t designed for longer range engagements, though, so take this if you want to get close and quiet while still having some medium-range engagement options; throw in soft point and subsonic ammo and you’ll be all set to explode some Nazi testicles.