Also in the upcoming patch we finally see toggle to aim, updates to invasion mode and more! 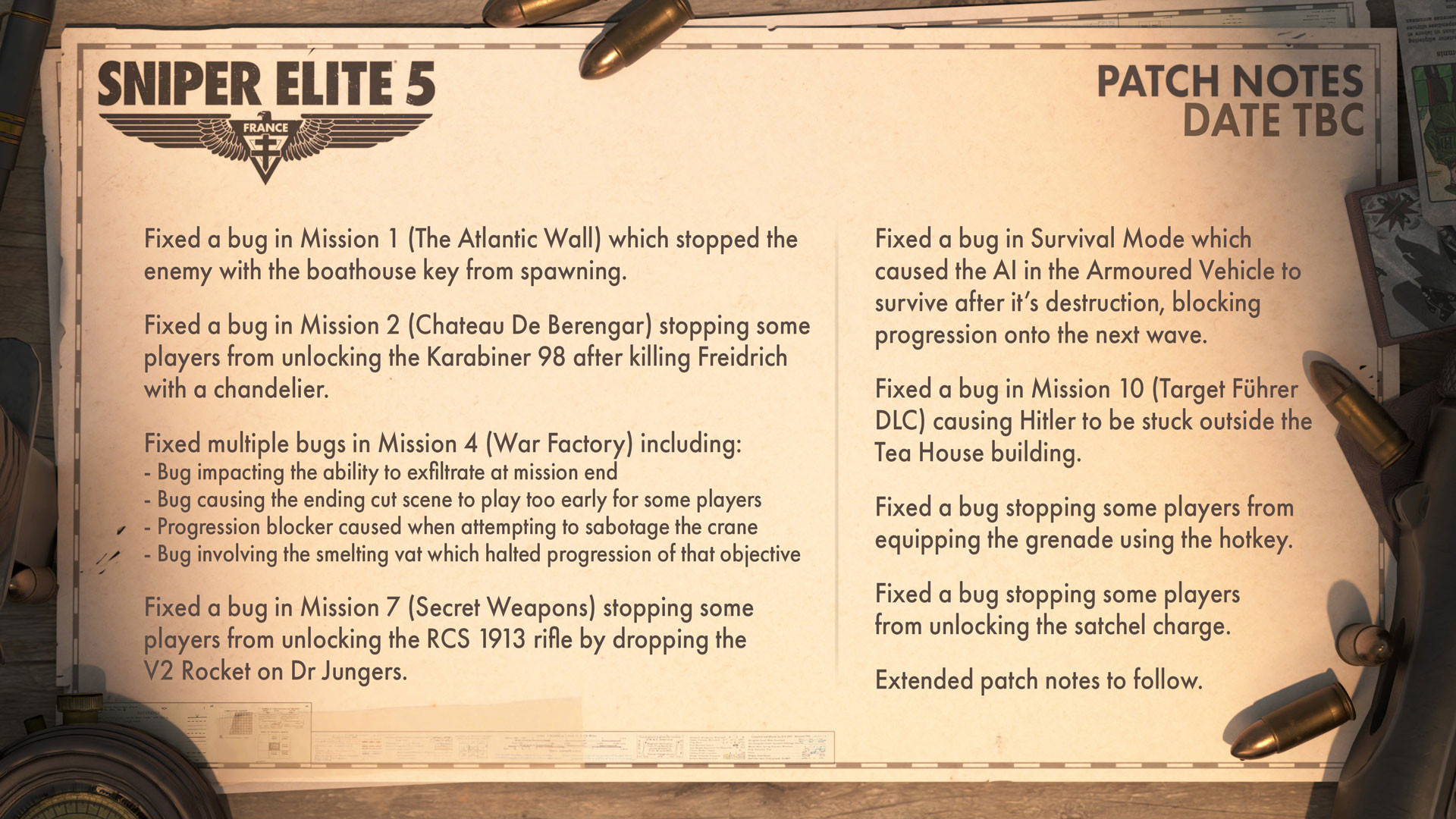 Finally, the patch containing the toggle to aim accessibility feature I’ve been begging for is on it’s way. That’s not all, however.

Along with a number of critical bug fixes comes something really exciting. First, here’s the initial announcement tweet:

Snipers, we hear you. Our next patch will include a number of fixes and improvements in response to Community feedback, as well as:

Stay tuned for release in the coming days… pic.twitter.com/5a2BDoY9Gc

That’s right: Free content. What this free content is we don’t know yet, but once we see the extended patch notes we should have a good idea. If I were a betting man, I’d say it’d be a shooting range like in Sniper Elite 4. We could potentially see new weapons, too. I doubt it’ll be a new mission: That’s probably going to be part of the regular DLC releases.

We also don’t seem to have to wait long for this patch.. “The coming days” means we’ll most likely see it early next week.