The stealthiest rifle in Sniper Elite 5 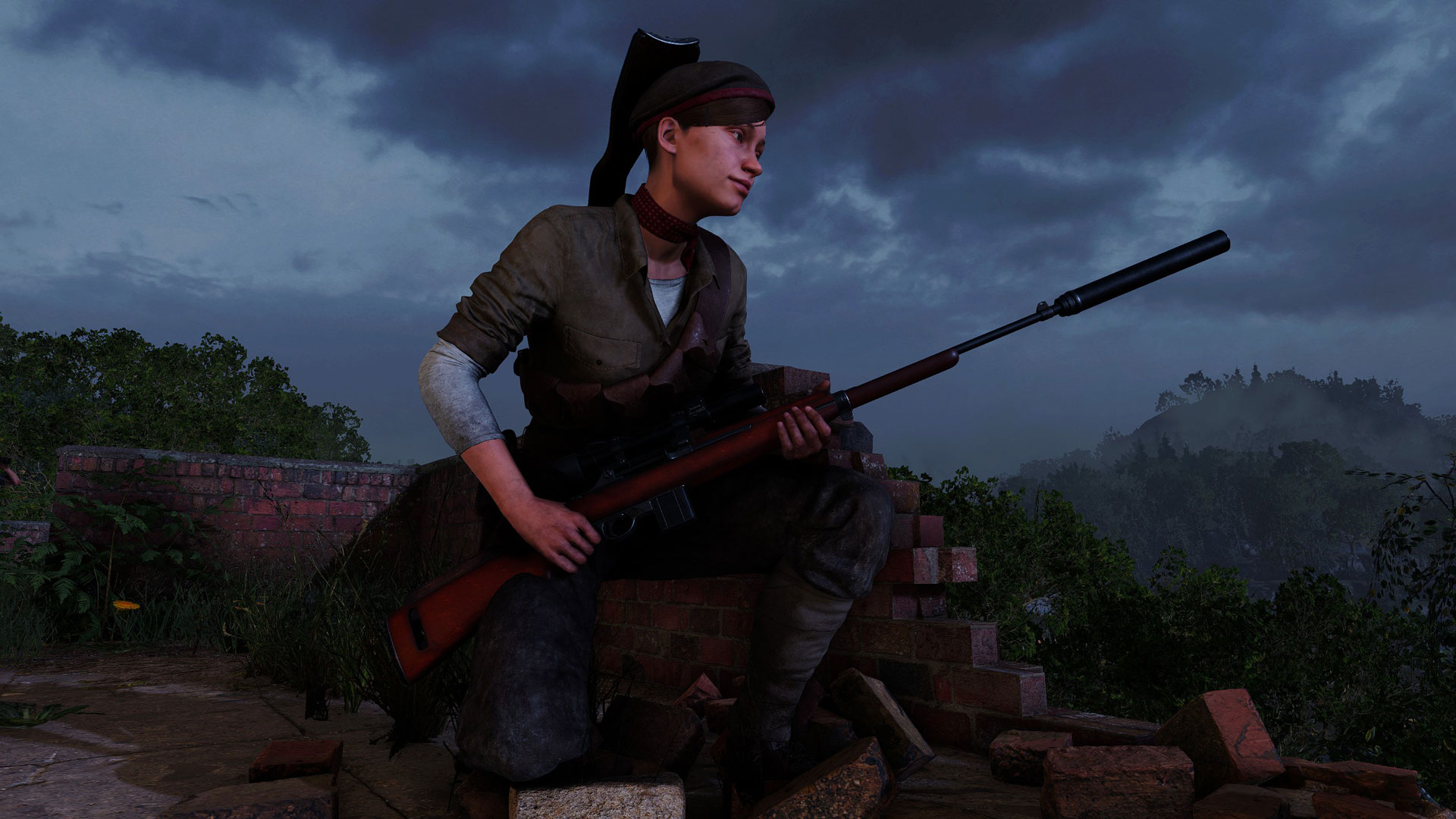 Unlocked later in the game, the M1A Carbine is an interesting rifle. It’s a hard choice for longer-range shots, but is exceptionally quiet.

Let’s get into the details of the quietest rifle in Sniper Elite 5.

When configured for maximum damage, you’ll be dishing out a paltry 93 HP worth of damage. Overall, this rifle is not going to be able to take out targets easily; you’ll absolutely have to make sure you hit your target somewhere vital, and with a maximum effective range of 280 meters, you’ll want to be close, too. With an audible range of 120 meters in this configuration, you’re basically defeating the purpose of this rifle.

Moving on to this rifle’s bread and butter, at it’s stealthiest you only lose a small fraction of damage. You’ll be delivering 82 HP worth of damage here, which may not seem like much, but when you add in the 47 meter audible range and the fact that you can equip a 12x optic.. Yeah, this becomes a short-range headshotting machine. While the muzzle velocity gets pretty low here, you won’t be lobbing many rounds out past 200 meters, so it’s less of an issue than you might think.

You may have noticed that the only difference between the loud & quiet variants shown earlier is the muzzle; We’ll be doing the same here with my recommended configuration.

Using the MK II Suppressor instead of the MK II-S brings the damage back up to maximum, and the audible range up to 57 meters. This is the sweet spot of this rifle. Any closer and you’ll probably want to switch to a secondary weapon or a pistol to reduce your noise levels even further, and you want to retain as much damage as possible in case you have to take follow-up shots.

The M1A Carbine is an exceptional rifle when shooting targets at 200 meters or closer. If you like the stealthy approach you can have a lot of fun with this rifle. The fact that it’s got a fast rate of fire also makes this a fantastic choice for completing iron sights related achievements.

Speaking of sights, this rifle can equip a wide variety of optics. I personally choose the 12x scope because it lets me hit targets obscured by cover just a little easier, but feel free to pick something else that matches your goals as a sniper.

At ranges past about 220 or so, this rifle really shows it’s weaknesses. With a low muzzle velocity and minimal damage output, sniping on Authentic is going to be a serious challenge at even medium ranges. If you want to reach out at a distance, you’re better off with a different rifle, for sure.