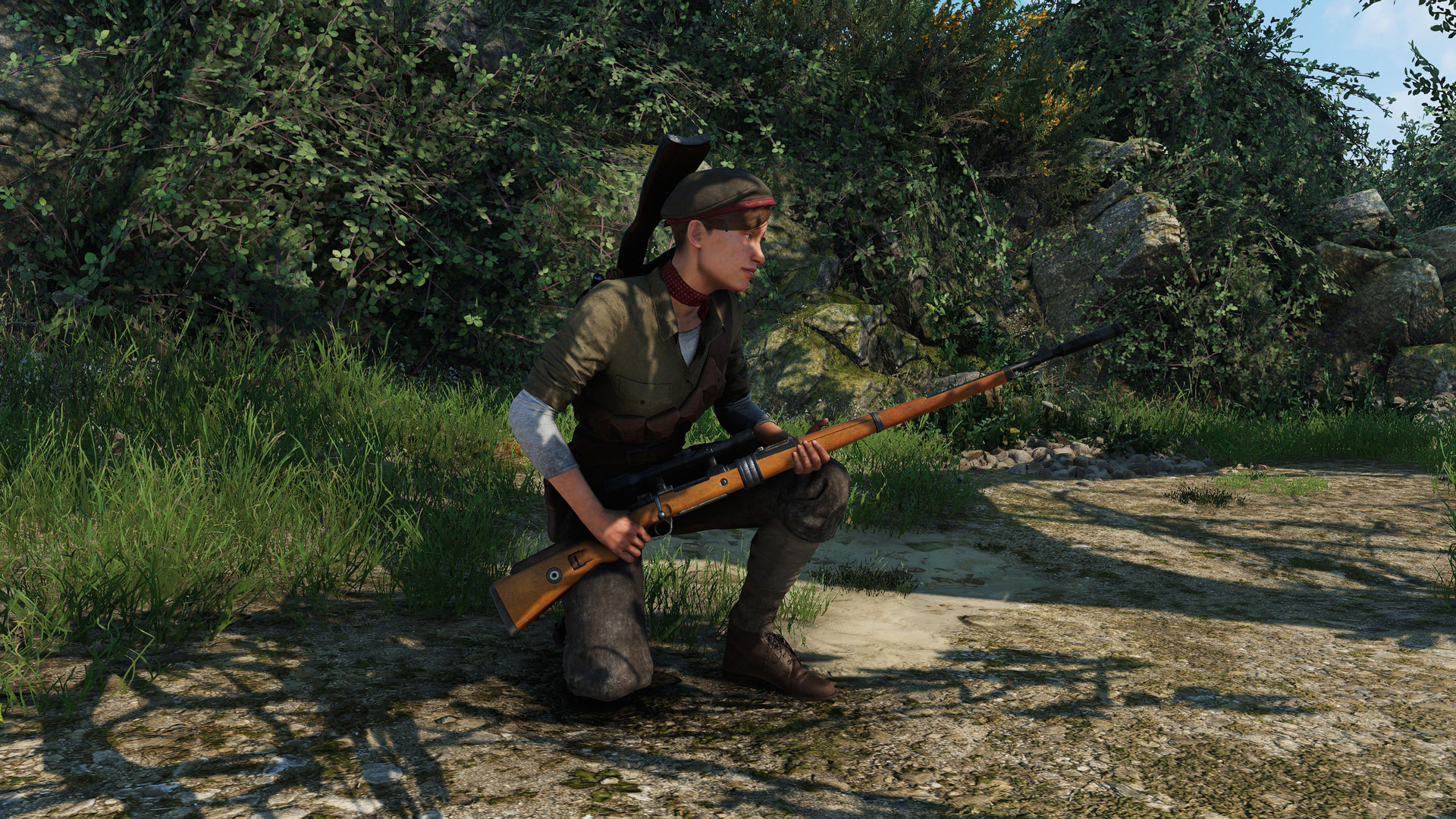 Sometimes it helps to put out just a massive amount of hurt, and the K98K is going to be your rifle. The K98K, also known as the Karabiner 98, is the highest-damage rifle in Sniper Elite 5. We’re going to take a detailed look at it here in this video so you can decide how best to utilize it.

With that said, let’s get into the details.

183 damage is an impressive number, to be sure. At it’s most “booming” configuration, you’ll be one-shotting pretty much any soft target at any range. The tradeoff, however, is that you’ll also be blowing up your eardrums and the eardrums of anybody within 194 meters of you. Even the Spy Academy’s starting location isn’t safe from someone hearing you without utilizing some subsonic ammunition.

On the opposite side of the spectrum, the K98K can get exceptionally quiet. At nearly ¼ the noise level, the K98K can be hushed down to a 55 meter audible range. Damage drops down significantly too, though, reaching just 157 HP. This makes it less useful at extremely long range due to damage drop off from it’s 400 meter effective range (learn more about how effective range affects damage in SE5).

Reaching a compromise between damage and stealth is fairly easy, thankfully. Just tossing a Bramit Suppressor on the high-damage configuration of the K98K reduces the audible range down to a delightful 76 meters. This will cost you a small amount of muzzle velocity and a reduction in control, but it’s all manageable and worth it for the extra versatility. More importantly, you still retain 167 damage, which is enough to 1-hit soft targets just outside the effective range of this rifle.

When it comes to pure damage output, the K98K’s only rival realistically is the M.1903, and that’s only at ranges outside somewhere around 450 meters where you’re going outside the effective range far enough to cause the damage to drop and you’re not kitted out for that raw damage. Using match ammo can mitigate this loss, however.

You may notice that the K98K also supports an alternative overpressure magazine with a larger capacity; In most cases I recommend against this unless you plan on taking lots of fast follow-ups, but if you’re doing that, you are most likely using the wrong rifle to begin with. A smaller overpressure magazine is actually a good thing with the K98K; It’s another hand-loaded reload, so you actually have less downtime during reloads.

The biggest negative of the K98K is that it doesn’t support the A2 Optical scope. Instead you’re limited to the ZF39 scope, which has a max 12x zoom and jumps from 300 to 500 meter elevation, completely skipping a 400 meter elevation setting.

Still, this rifle is highly sought after and easy to get relatively early when the kill challenge isn’t bugged.