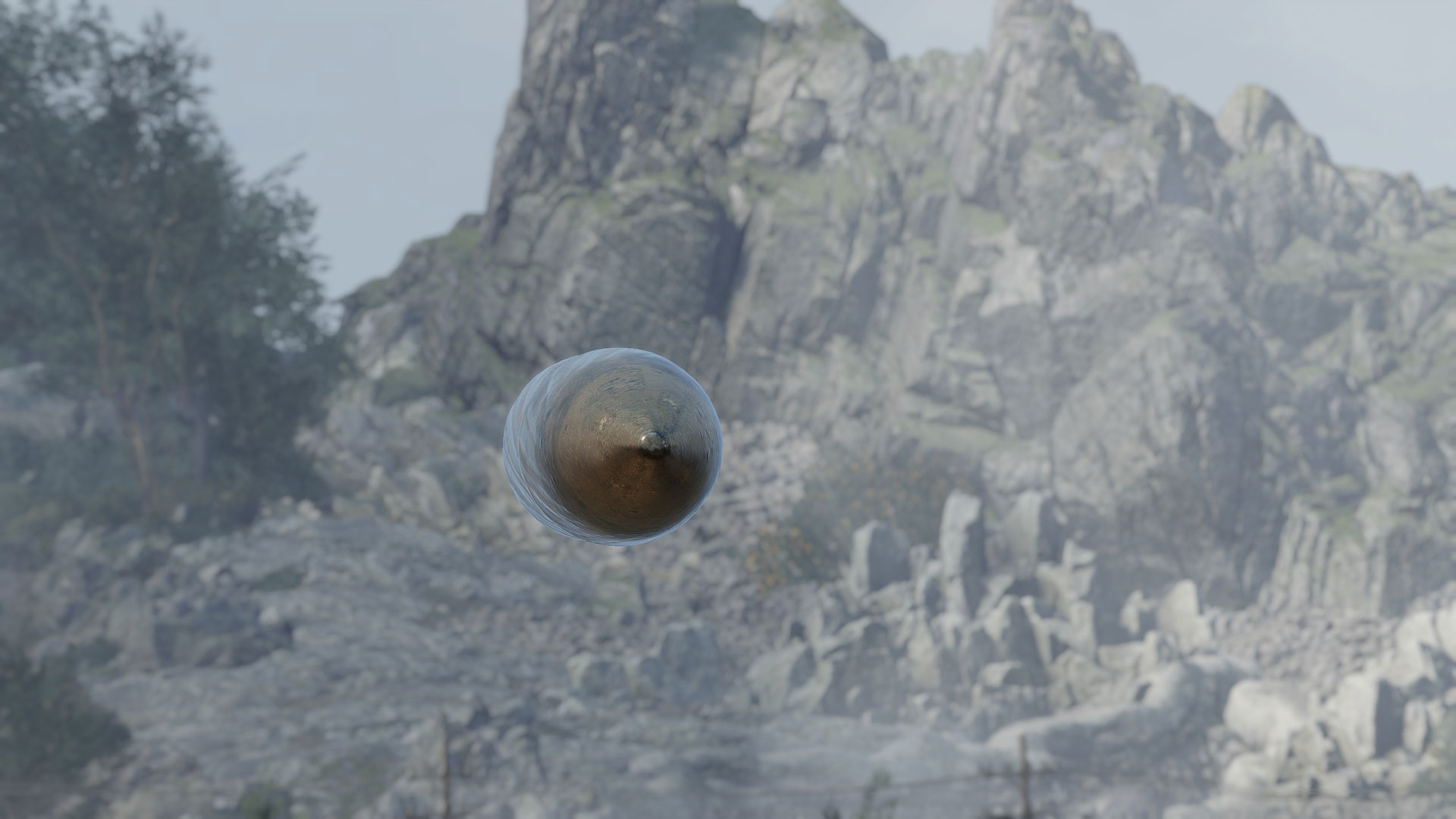 Testing muzzle velocity and it’s impact in the game? Easy. Testing damage, and determining what actually impacts.. Well.. Damage upon impact? That one was a challenge.

First, let’s get into how I reached my conclusions before I actually share them with you.

Alright, so I’ve already eliminated muzzle velocity as a contributing factor to damage. That was easy, or so I thought. As I was testing various rifles in numerous configurations trying to determine the “Sweet spot” of damage (and getting what seemed to be odd results) I thought.. Maybe muzzle velocity does impact it?

Well, no, it doesn’t. I slapped on some match rounds on a rifle configuration I was questioning, and got the same results I’d get without them.

I was testing targets at ~200m, ~365m, and ~415m. My goal was to determine what damage was needed to take out a target with a limb shot at Sniper Elite (hard) difficulty – limb shots are the lowest-damage locations to hit, so knowing which rifles will guarantee a kill anywhere on the body is going to be important once I start putting together rifle reviews.

So, I switched to the m.1903. This rifle, at 152 damage, is a guaranteed kill at all tested ranges on any part of the body as far as my testing shows. That’s interesting; it has less damage than the Kar98 config that was failing. What was the “X” factor?

It turns out that the effective range stat isn’t just a recommendation; it’s actually a factor in damage calculation based on range!

The Kar98, past 300 meters or so (maybe around 315), begins to have a slight drop in damage. It’s effective range stat (which is not impacted by any gunsmithing changes except for match ammo) is 400 meters.

The M.1903, on the other hand, has an effective range of 600 meters, which is why it succeeded to drop the target every time despite having a lower damage number in the detailed weapon stats.

To further confirm this, I tested the RSC 1918.. In it’s lowest damage configuration WITH soft point rounds (which do significant damage to unarmored targets like what I’m testing against). Soft point rounds bring the damage up to 175, with a 240m effective range.

The results were fascinating. Extreme-range targets, even with 175 damage, failed to go down with a limb shot. Closer-range targets (such as 200m or less) did, but that’s to be expected; I don’t think you lose more than a about 3-4% of damage if you’re between 3/4s and max effective range.

The further out you go past effective range, however, the more reduction you’ll be dealing with. The RSC, for instance, appeared to lose (at a minimum) 15% damage when 100m past the effective range stat.

This is absolutely critical to understand. This means if you plan on taking targets out past 300-400 meters, you are severely limited in your options. At Sniper Elite (hard) difficulty, you need to be able to do an estimated 150 damage to take out a standard enemy with one shot anywhere on their body. If you are above 3/4s of your rifle’s effective range, you’ll need to have even more damage output to compensate for the damage reduction!

This also means that, for long-range shooting versatility, the king is going to be the M.1903 throughout most of the early game until you unlock all the boosts for the Kar98 (and even then it’s going to be iffy at really long ranges) or use match ammo.

Thankfully, my reverse-engineering work is pretty much done, and I can finally move on to rifle reviews (which will be in video format) over the next month or so. I’ll be covering recommended configurations and use-cases, so if you’re looking to maximize your sniping potential when replaying early missions, watch for those reviews!