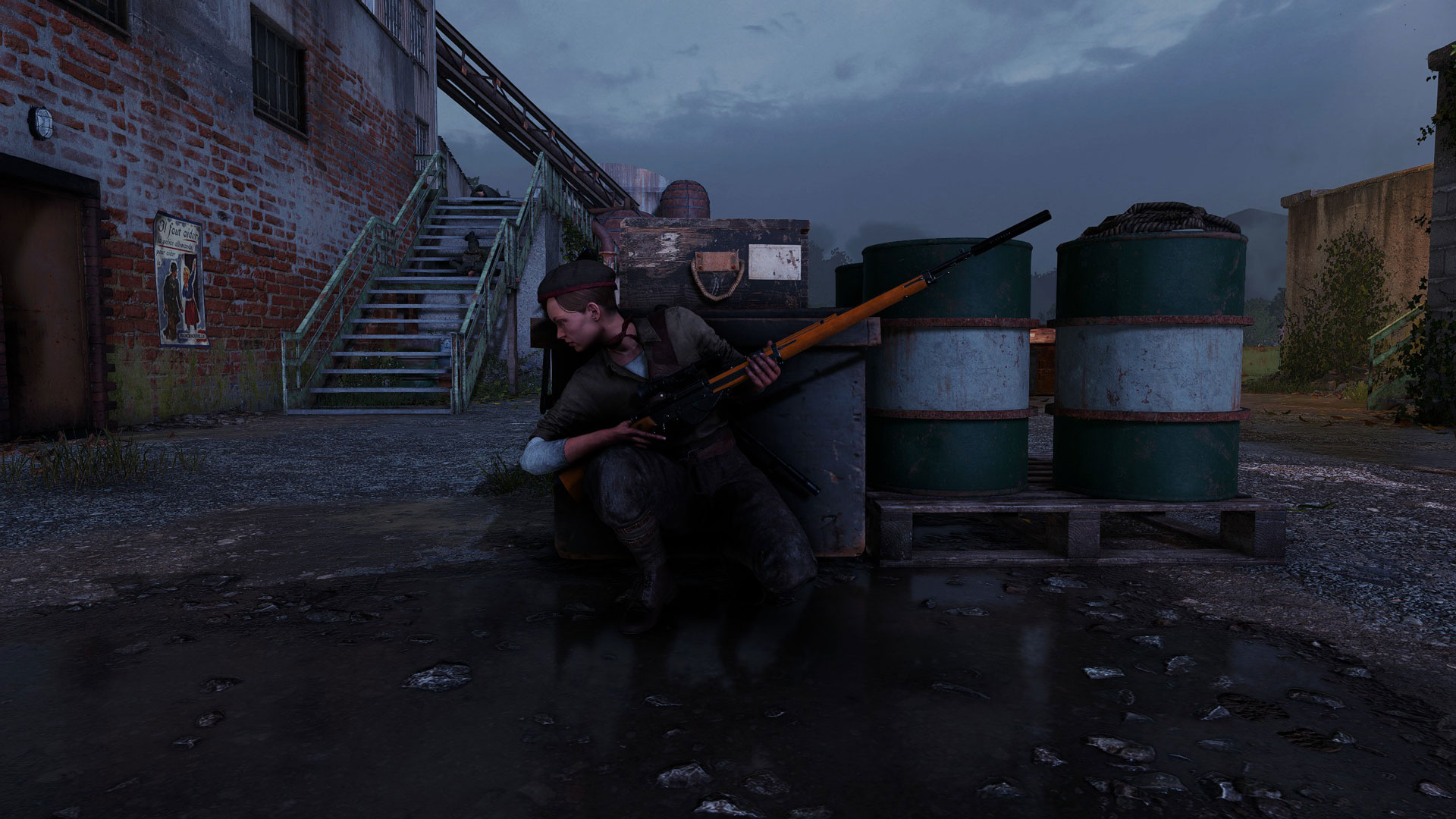 You ever see a movie so bad it’s good? Maybe a song, or a piece of artwork?

Alright, let’s rip off this bandaid, shall we?

At it’s highest damage levels the RSC 1918 actually does relatively well with 137 HP of damage.. Assuming you discount that it’s got the shortest effective range of any rifle in the game. 240 meters is just atrocious, and even if it did have a longer effective range the muzzle velocity isn’t going to win any prizes. The Gewehr 1943 at it’s loudest configuration is more effective, despite having a slightly lower damage value. And then you look at the 172 audible range and wonder.. “Why would I even consider this?”

This rifle is so limiting we have to combine the recommended and quietest configuration together. Thankfully, you don’t lose any damage, but it’s also not going to be much quieter. You’ll be heard within 97 meters, which means you’ll be relying more on subsonic rounds than is ideal, defeating the miniscule damage boosts you get for a semi-auto rifle. As well, despite having 6x optics you’re stuck with some pretty poor options when trying to squeeze out the few benefits this rifle has to the forefront, such as it’s handling.

Overall, the RSC 1918 is just a hilarious rifle that hasn’t found a niche to operate in. It’s effective range is too short for sniping past 200 meters easily, but it’s audible range is too wide to be a solid stealth rifle.

It is, for some strange reason, fun to shoot. It’s control feels a little better than the Gewehr 1943, at least. It’s a shame the magazine is so small and the optics so limiting: Pushing this past the effective range might actually make this practical despite the damage loss.

It’s almost like plinking with one of the older Ruger Mk 3 22LR pistols; awful to disassemble, but just a blast to shoot.

The only time I’d consider using it is if you want a semi-auto rifle and don’t care if you alert the entire region that you’re shooting it, and don’t want to shoot past about 175 meters.