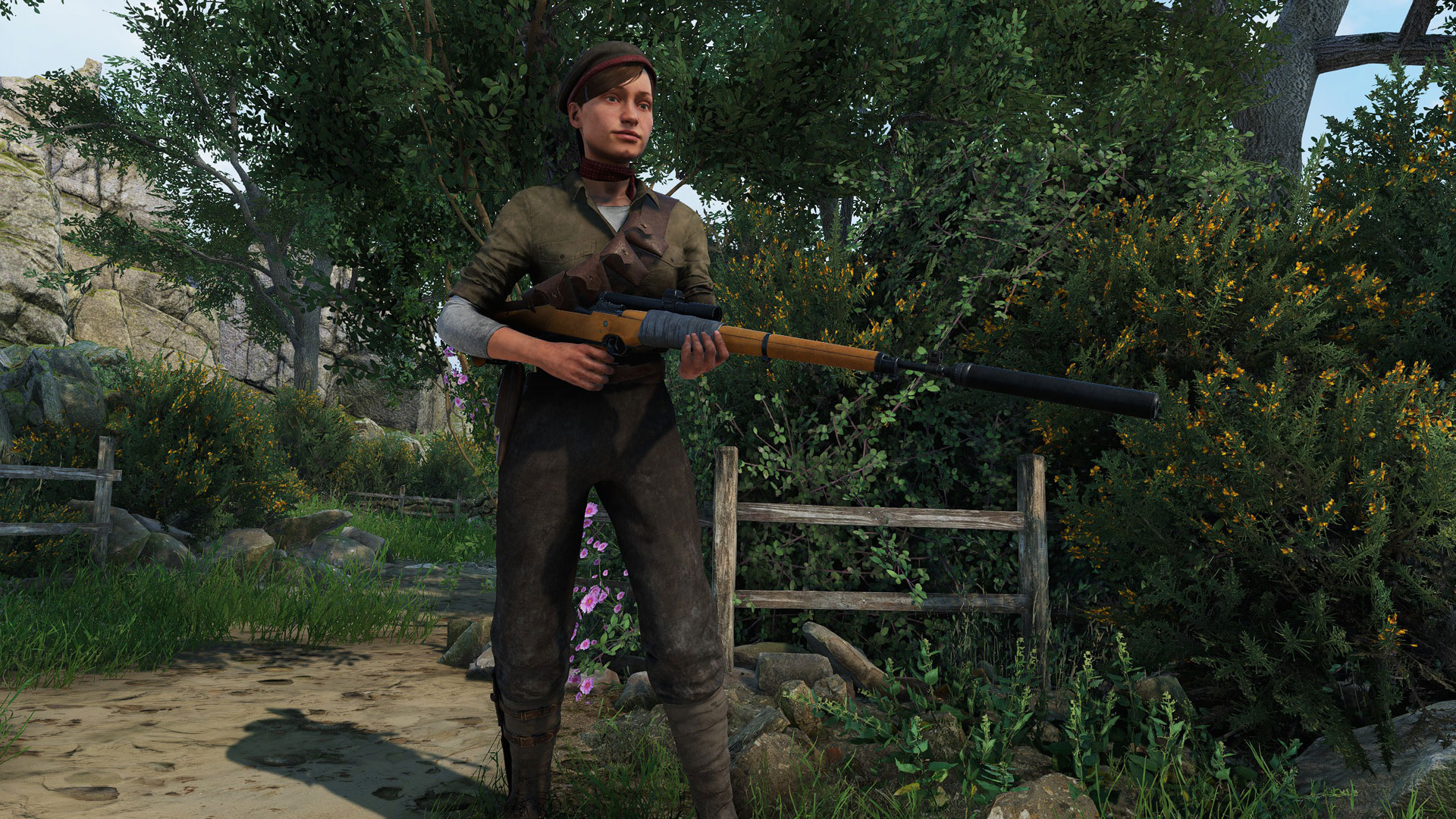 The SREM-1 may be the rifle Karl always has with him in cutscenes, but it’s more than just decorative: This experimental bullpup rifle really is a solid all-rounder that you can use in a variety of situations.

Let’s see why the SREM-1 is such a versatile rifle, shall we?

When kitted out for the highest damage possible the SREM-1 doles out a respectable 128 HP of damage with an effective range of 480; this means that you’ll be doing that full 128 HP of damage up to about 400 meters, which you’ll need since it’s audible range is 161 meters here. While not enough to 1-shot soft targets anywhere on the body at Sniper Elite difficulty, it is enough to bring enemies down with a body shot, injuring, if not outright killing them. More on that later, though.

If you want a versatile and stealthy rifle, you could certainly do worse. While the damage drops to 107 HP with maximum audible range reduction, it is only heard within a 57 meter range. That’s not too bad at all for a rifle with it’s effective range, and it’s rate of fire is acceptable too. In this case you’ll want to make sure your shots are for the head or a vital organ; anything else will most likely just injure the target.

Now we come to the golden glow of versatility in rifles: If you change out the suppressor from the stealth configuration to use the MK II variant you’ll end up dealing 118 HP damage and have an audible range of 70 meters. While you can get more damage by using an overpressure magazine, in this case I recommend against it: Since this uses a traditional magazine change-out for reloading, the damage benefit just isn’t worth the increased time spent reloading.

I like the SREM-1. Combined with it’s rate of fire, versatility in optics, effective range and damage, you get something I like to call “the wounding rifle”.

I nickname it this because it’s damage will frequently incapacitate foes when you don’t quite land a killing shot at Sniper Elite difficulty; while a bit macabre, a wounded foe will lure in more targets. I can’t tell you how many times I’ve taken out an enemy coming to the aid of their comrade, which is better than them bolting for cover, or worse, triggering an alarm.

On the negative side here, the muzzle velocity isn’t that great here no matter the configuration. It’s actually the second-lowest out of all my recommended rifle configurations thus-far, beating out the M1A Carbine just barely. This means your rounds spend more time in the air, especially when it comes to longer-range targets. Otherwise, this is a fantastic rifle, and can be used comfortably throughout the entire game.