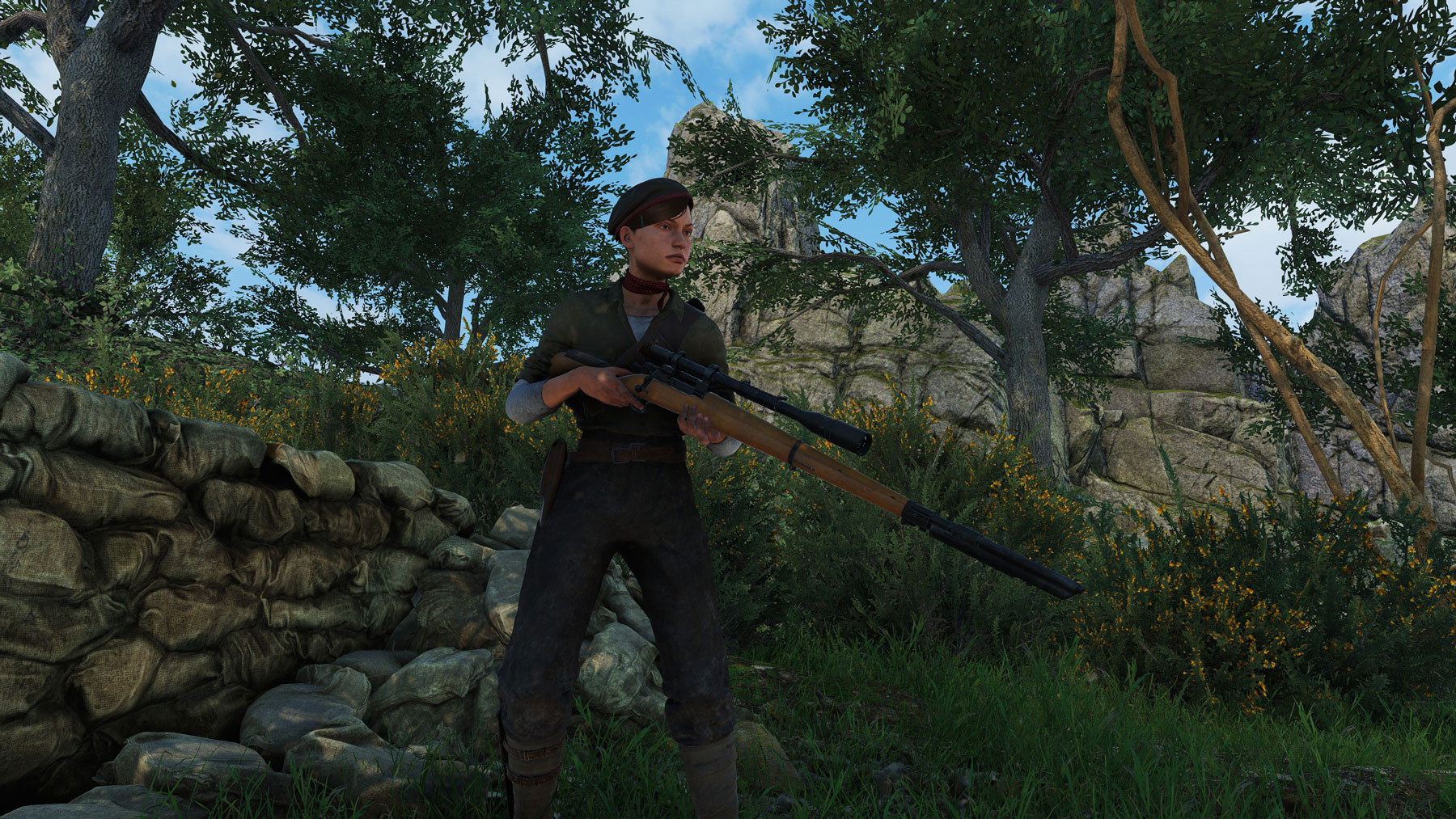 It’s always nice when gear you start with is gear that can carry you to the very end of the game.

The M.1903 is a rifle designed for long-range; while it doesn’t have the highest damage stat, it does have the longest effective range (at 600 meters), which means you’ll almost never be dealing with damage drop-off due to range.

Let’s get into the details.

The M.1903’s highest damage output (not counting soft point ammo) is 150 HP. Thanks to it’s 600 meter effective range, that means it’ll one-shot standard soft targets within about 450-500 meters anywhere on the body (including limb shots) at Sniper Elite (hard) difficulty. This configuration does require unlocking the Stargauge Sniper barrel, small overpressure magazine and M40 high calibre receiver, but all of that is worth it (and useful on pretty much any configuration for this rifle).

If you’re looking to avoid alerting nearby enemies you’ll need to sacrifice a small amount of muzzle velocity, and about 39 points of damage. The damage drop isn’t insignificant, but as long as you’re a good shot and aim for the head or vital organs you’ll have no problems taking your foes here, even in Sniper Elite difficulty. This just requires changing one thing: The muzzle. Rather than using a brake, you’ll instead make use of the MK II-S Suppressor.

Thankfully, the M.1903 can be configured to retain it’s high damage and muzzle velocity while also having not insignificant noise suppression. This configuration just swaps out the muzzle for the Moore-1 Suppressor on the high damage configuration in order to attain decent noise levels (and also uses the wooden pad to reduce reload times). This reduces your audible range to 106m, and if you carry subsonic rounds you’ll be covered for situations where foes may be even closer.

Overall, if you want to engage targets at the extreme ranges available in the game, you want the M.1903. It has a number of benefits, chief among them the 600 meter effective range and the 16x scope that can be unlocked for it. It also has a usable muzzle velocity to reduce the time it takes for those rounds to reach their target.

Unfortunately, in order to reach 100% kill shot damage levels within the effective range you have to equip the small overpressure magazine, which means you’re stuck with just 3 rounds per magazine.. However, given that it’s a hand-loaded reload, that is actually less of an issue than you might think as long as you take your time and plan your engagements.